A business trip gave me one amazing travel experience, you never know who you'll meet! 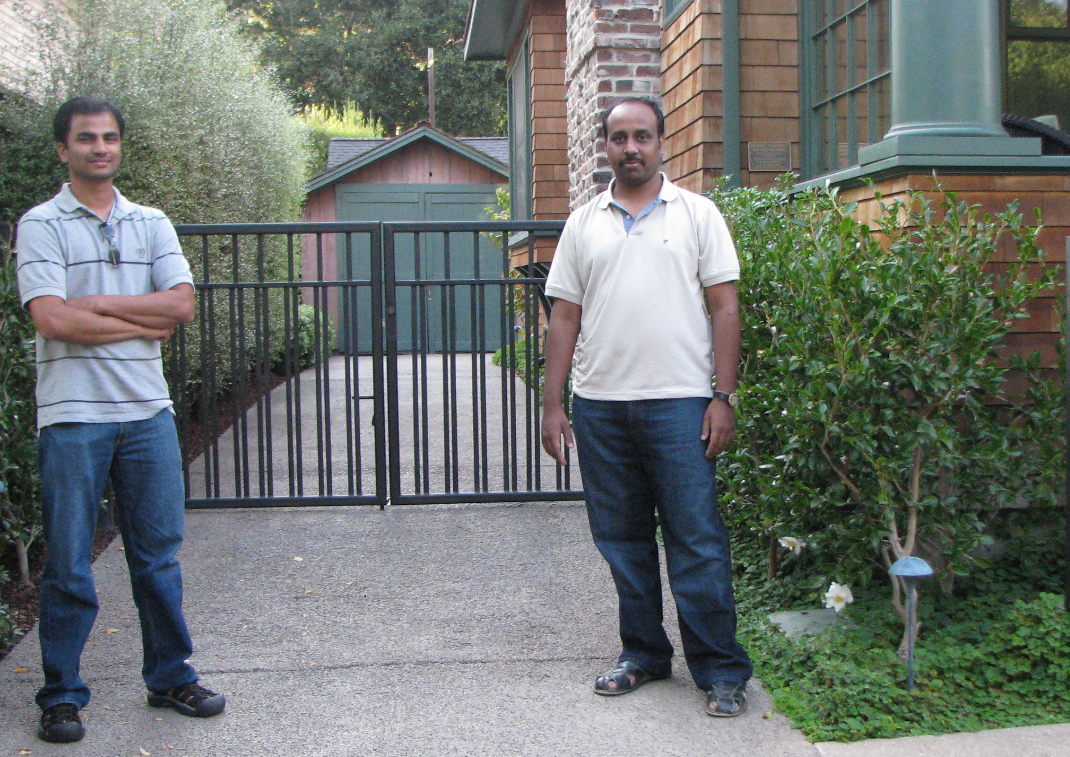 I was heading on a business trip to Roseville - a 3 hour drive from SFO airport and it being the first time to this part of the world, I was excited.  We were kicking off a new project to run advanced analytics on our huge installed base of devices and churn out automated leads for upselling and cross-selling to our sales team.

Along with the kick-off of this exciting project, I was also planning to catch up with two of my very close college mates who lived in SFO. Both of them came to pick me up from the airport and we decided to spend Saturday evening with their families. We would head out to Roseville on Sunday. On the way, they enquired if I would like to visit any of the popular tourist destinations.  When I told them I would love to see the birthplace of HP – the famous garage at Palo Alto they were surprised. There were so many other famous places to pick from – but I stuck to my choice.  I had heard so many Garage stories in the company internal articles that it was always high on my must-visit list. 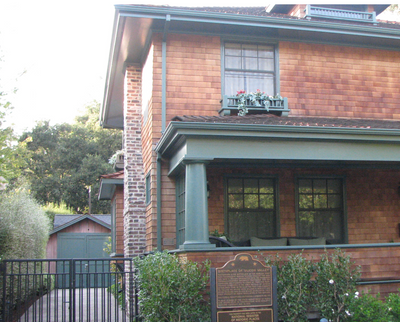 So we went in search of the HP Garage on a Sunday afternoon. None of us had been there before and we were not sure what to expect.  It was not only the birthplace of Hewlett Packard but is also known as the birthplace of Silicon Valley!

For a place of such repute, we expected there would be a significant amount of crowd on a weekend.

We finally managed to locate the same and contrary to what we expected – not only it was closed there was absolutely no one around.  Not only near the monument, the entire street itself – known as Addison Avenue – deserted. Not a soul in sight.

We thought it was strange that a monument of such national importance did not even have a caretaker or even a plaque with the details about the visiting hours. Nevertheless, we clicked a few pics and were just about to leave when I noticed an elderly couple walking down the street at a distance. 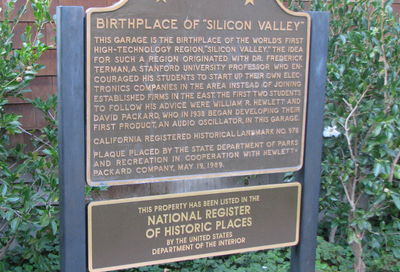 They seemed to be taking their evening walk.  I waited for them to come near so that I could ask about the opening hours of this place.

That’s when the drama unfolded. When they reached near to us I asked the gentleman

“Excuse me – do you know what time this place opens?”

The couple who had almost gone past us stopped on hearing me. The man turned back slowly, took a detailed look at the three of us, pointed towards the place, and asked “This one?”

From here I will narrate the incident in the form of dialogues so that you can feel the context better.

Me: “Yeah this one. We came here a long way to see this place and disappointed to see it closed. Any idea when does it open?”

Gentleman <<In a calm and soft voice>>: “I really do not know. I live down this road and this is a private place – owned by a company called Hewlett Packard. They kind of open it during company events or some occasions but I do not think they have set open hours.”

Me << From his response I had understood that the person had assumed that we did not know about HP and hence I wanted to surprise him by disclosing the fact that I was an employee>>: “Yeah I know it is owned by Hp – I work for that company and hence wanted to see it from the inside”

Gentleman <<with a pleasantly surprised tone >>: “Really!! That is nice! Why don’t you come back on a weekday and try your luck? They might have it open.”

Me: “Well I really cannot do that. I work for HP in India and am on a short business trip currently. So it is just today that I have to see the place”

Gentleman <<now giving us more of his attention and showing his surprise as well>>: “That is nice! You came all the way from India and wanted to see this place!! ”

I thought I had surprised him enough by saying that and probably even had a tinge of “showing off” when I implicitly said yeah.. even people that far are aware of this place J

But what came next was totally unexpected.

He responded: “Well that is nice! HP is a big company now – it has Compaq in it, has DEC (Digital Equipment Corporation) in it, EDS in it! It is now grown into a very big company now!”

And he goes on….  “I was born in that house and was on the board on HP for a long time and then I had a disagreement with them on the purchase of Compaq and came out of it”

We had not quite digested what he had just said and given fleeting glances to each other as we were not sure whether he was saying the truth or was he just cooking something up to keep us engaged. After all, how often would one expect that they would run into the founder’s son on a casual walk? That too with absolutely no one around him and even breaking his evening walk to talk to strangers.

I knew about the incident that he was talking about, but I did not remember the faces of anyone involved in that except for the CEO of that time and hence hadn’t recognized him.

We decided to carry on the conversation for some more time – clicked a few pics with him in front of the garage – his wife offered to click all of us and then parted ways. 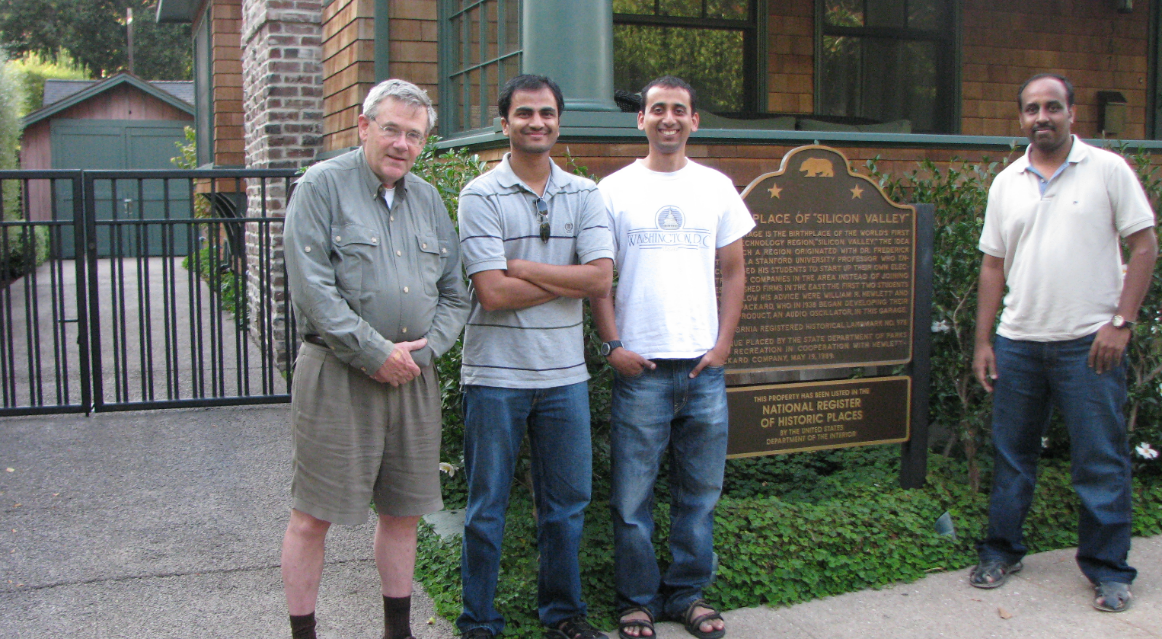 After reaching the hotel, I did look up on the net for him but I did not see conclusive pictures. Later that week, I happened to narrate this incident to our hosting managers at the office and he was the one who confirmed that it was indeed Mr. Walter Hewlett that we had ran into!!

I had just wanted to see the garage but ended up meeting the founder’s son!!! And even have a nice little conversation with him!!

The only regret was I did not realize at that time I was indeed talking to Jr Hewlett.

His simplicity, the patience with which he tried to answer our queries all are qualities which we should also imbibe.  We were just people on the street claiming to be HP employees – he could as well walked away but he chooses not to do it – a lesson for us to remember when we interact with our colleagues and even anyone around us. 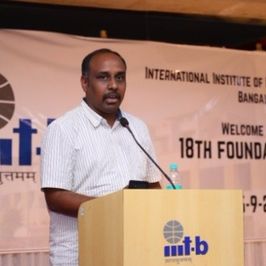 Stay connected to Hemachandra Rao via LinkedIn and if interested in building a successful career just like Hemachandra did, check out our openings for Global IT India  and Global IT United States