A lifetime of peering around the corner

It’s one thing to get an award for a single innovation or a prestigious publication. It’s quite another to see yourself, your peer, or your employee get recognized for a body of work, for a lifetime of service. Such is the situation that Distinguished Technologist and computer scientist Dejan Milojicic finds himself in. 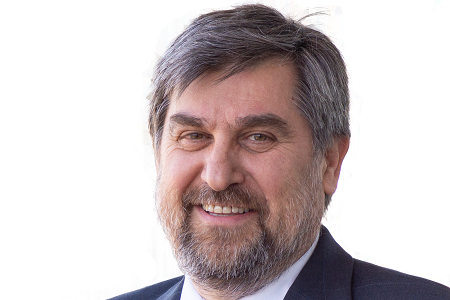 This professional history of innovations and far-sightedness was what has made Milojicic the latest annual recipient of the IEEE Computer Society’s Richard E. Merwin Award for Distinguished Service. This history included creating a class of technology predictions, looking at the future where the technology will go and moving it from a rather general almost conversational sense to much more formal.

As a man who grew up in Belgrade, Serbia and adapted and thrived as he moved to Germany, to Boston, and finally to Silicon Valley, Milojicic developed unique attitude. One essay he wrote he titled “Lessons learned from losing.” All situations are opportunities to learn and to thrive, according to Milojicic.

In particular Milojicic has spent his career not just attempting to fix a specific problem but also to understand how trends function and how the current weft and warp of things will affect the shape of the future. These elemental issues express themselves very practically.

However, Milojicic married practical problem-solving to wide-spectrum computing exploration from the outset of his career. The first time he created a publication? As a grad student.

“I was always on the innovative, on the edge, working,” he says. “And then someone suggested me for the board of governors of the Computer Society. The first time I didn't get in. The second time I did, and before my term on the board even expired during the first year, because I was doing many other interesting and innovative things, they recommended me for president and I became president of computer society.”

“Well, what I could say honestly,” says Milojicic, “is that I probably spend more time on answering the question what-if? than any others. I think there are many, many people who are extremely well-qualified and a lot of them even better qualified than me. But I was just attracted to this what-if question, I spend quite a bit of time and energy answering it.”

Don’t misunderstand this approach as one that is primarily poetic. It is also a very practical one.

“Working with IEEE helped me grow technically by working with colleagues on papers for conferences and journals,” says Milojicic. “It helped me grow as a leader -- by being a president, by serving on the board of directors of a 400,000-member organization, and by auditing a $.5B business. It grew my connections by meeting numerous people around whole world and also enabled me to better understand diversity and inclusion. Finally, it increased my visibility by being exposed to IEEE members and non-members. For all of these reasons it also helped both IEEE and HPE.”

This award also recognizes Milojicic’s managerial work, as the president of the IEEE Computer Society, as a Distinguished Technologist at Hewlett Packard Labs, and as someone who is capable of recognizing the competence and excellence of his peers; and his technical excellence.