An exciting career path that led to the world’s fastest growing industry! 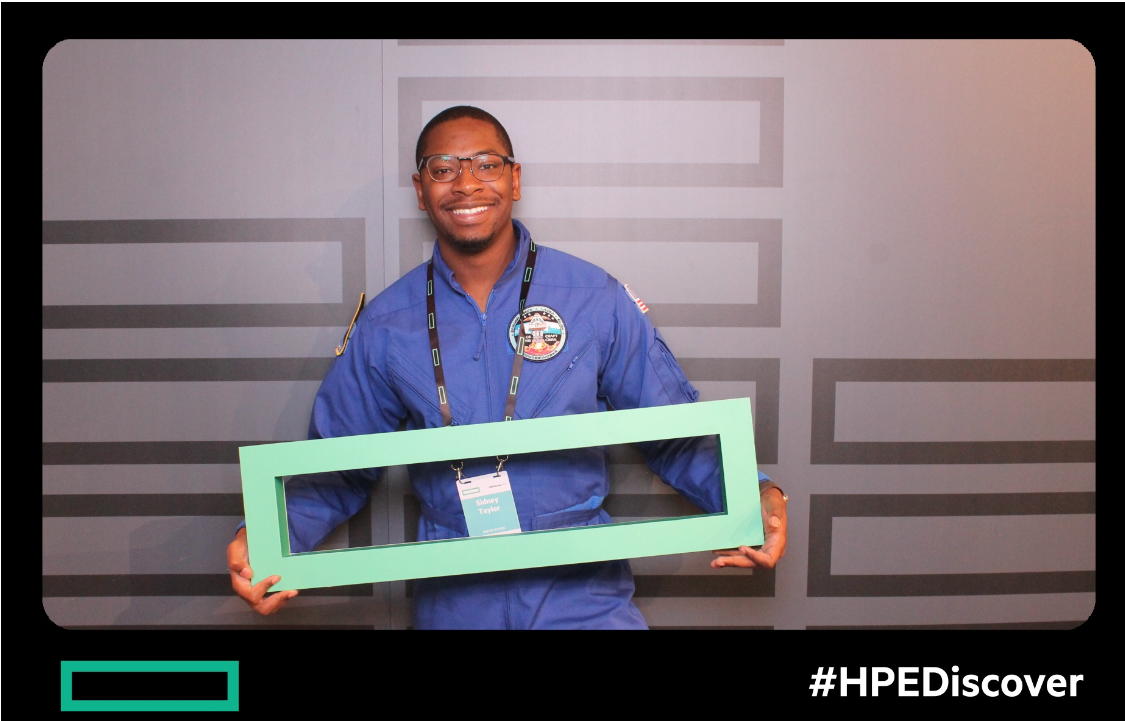 Since I was a teenager, I always dreamed of working on the cutting edge of technology. I wanted an exciting career path that would allow me to explore the world’s fastest growing industry and grow as a professional. Luckily I found that and more at HPE .

My career with Hewlett Packard Enterprise started in May 2012 at age 18.I just finished my freshman year of college at Prairie View A&M University, a Historically Black College located 45 minutes outside of Houston,Tx. I attended a conference for NSBE (National Society of Black Engineers) and landed my first technical internship as a Consumer Notebook Test Intern. As a young minority, working for one of the world’s largest technology vendors was initially very intimidating. I was the youngest person on a team of middle aged seasoned professionals. In addition, I was the only person in my family who worked in corporate America, let alone the IT field. With this in the back of my mind, I wondered how I would be perceived by my team and if I would be taken seriously. I felt charged with the responsibility of setting a good example for my school and for all other minorities that would come after me.

During my internship, I was given the task of running benchmarks on notebooks that contained opposing microprocessors. I had to test, record, and present the performance of Intel vs AMD within the HP ENVY notebook. At the end of my research, I concluded that the Intel microprocessor outperformed AMD’s. I was then given the task of presenting the negative results to the entire AMD team in Houston. This AMD manager at the time, challenged me and stated that I was “just an intern” and that I must have made a mistake. I felt outraged because I knew that I worked hard all summer in order to put forth a compelling report. At the end of the heated discussion, my manager told me that he was proud of me because I stood my ground. “This is what being an engineer is all about” he said as he patted me on the back. The support that I got from my manager motivated me. I knew that this was a company that would allow me to grow.  At the end of the presentation he offered me another internship for the following summer. After doing well on that internship I then received my first Co-Op opportunity as a Technical Marketing intern for the Fall of 2014. I had found my new home.

With 3 internships under my belt I felt confident in my future at HP. However, in November 2015 something unexpected happened. Hewlett Packard split into two separate companies: HPE and HPI. I can still remember how this news shocked the entire industry. At the time, I honestly didn’t understand the split or the responsibilities of the two separate companies. However, I knew that HP was where I wanted to continue my career. So I rolled the dice and applied to both companies. I received an internship with HPE as a Solutions Engineering Intern on the Global Solutions Engineering team (GSE) in May 2016.

My first HPE internship was truly an amazing experience. I was on a versatile, highly technical team that worked on a variety of projects. My team was responsible for creating First of A Kind Solutions and supporting the Sales BU’s. My tasks ranged from app development  to racking and stacking. My manager was very understanding and allowed me to work part time while attending summer school. I used the money from my internship to pay for my classes. At the end of my internship I was given the opportunity to Co-Op up until my graduation date. I was named “Intern of the Year” for the Houston office and was finally offered a full time position at HPE. 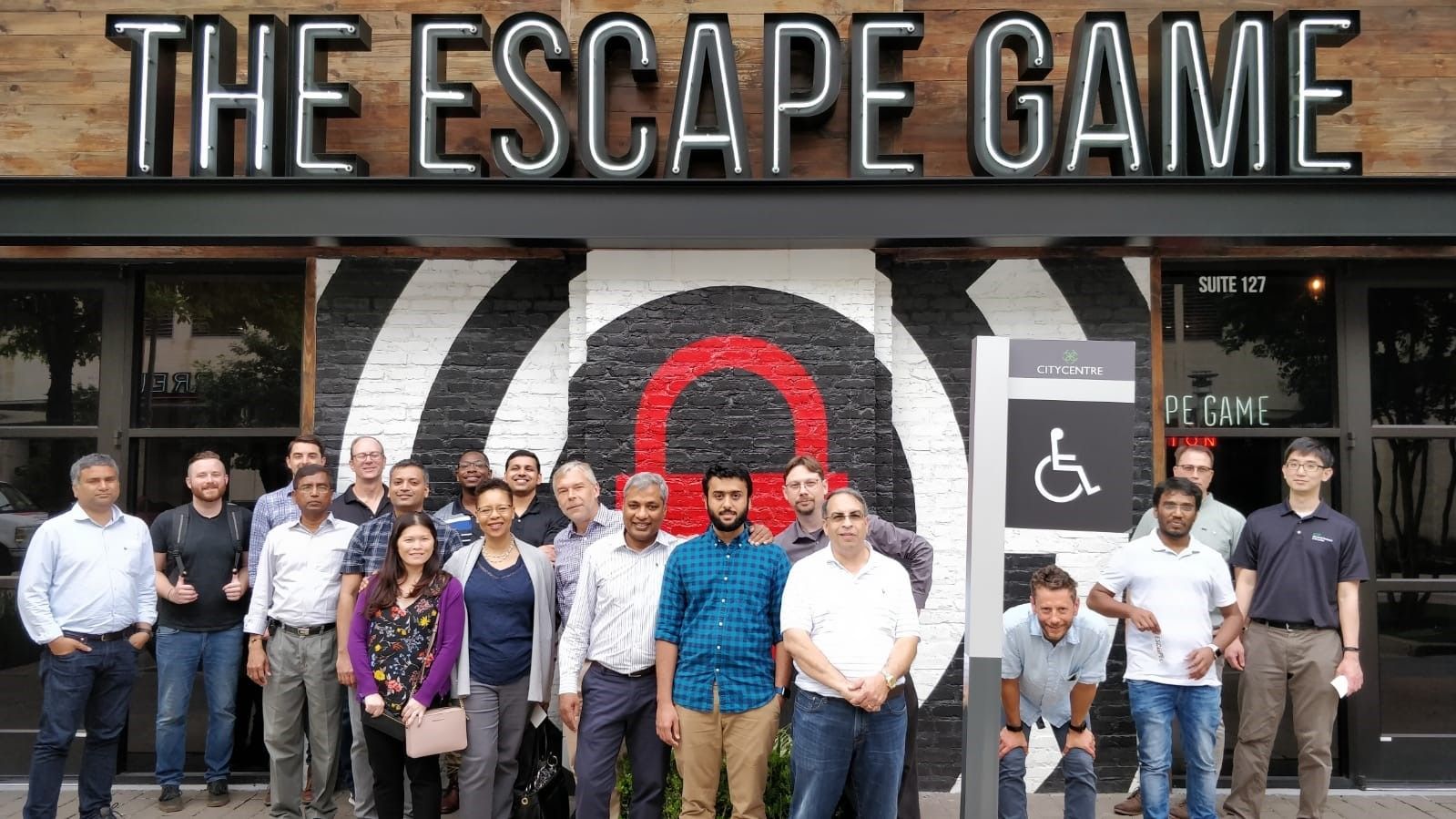 Perhaps one of the greatest attributes about my full time offer was the flexibility of my manager. He encouraged me to step outside of my normal duties in order to better myself. I attended various trainings and joined a few ERGs as well namely: BEN and YEN. I was appointed to be the Networking Chair of BEN. Later that month, I applied to become a Discover Ambassador in Madrid,Spain. With over hundreds of applicants all over the world I was chosen as 1/10 Discover Ambassadors. I was the only Ambassador from America. This event changed my life and my career. 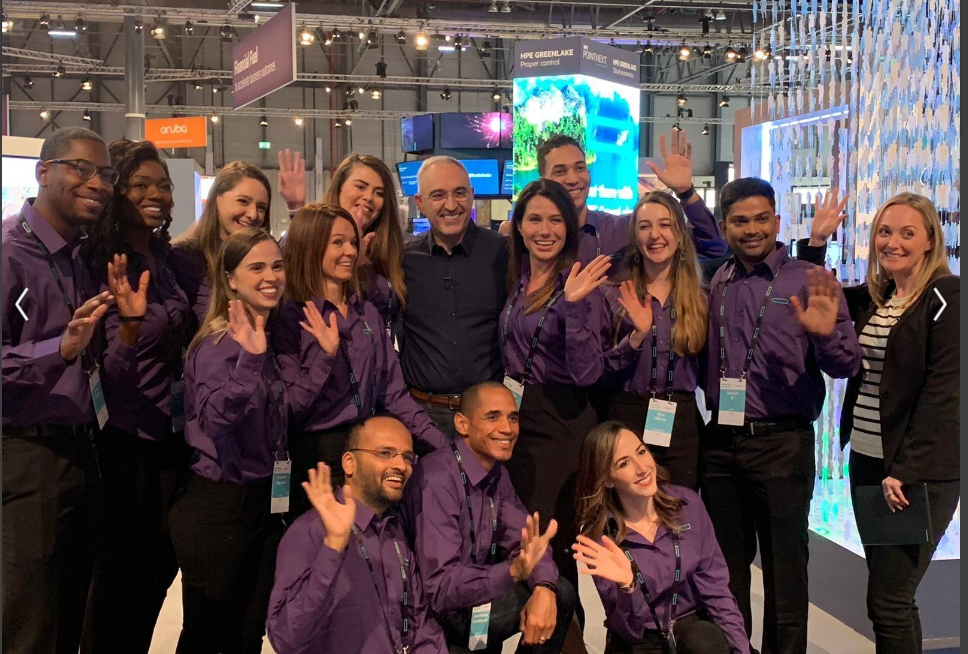 As a Discover Ambassador, my responsibilities were to travel to Madrid and update the HPE community of the company’s latest technological breakthroughs. This was my first time ever going overseas. I saw tens of thousands of customers and partners. For the first time, I was able to see HPE on global scale. I was blown away by the extravagant demos that were stationed all over the massive presentation floor.  I presented a live demo of the HPE Space-born Super Computer, which launched into orbit in 2017. I was also given the privilege of meeting face to face with C-Level employees such as Alan May, Jim Jackson, Terek Robbiati, Phil Davis, Jennifer Temple, and even CEO Antonio Neri. To my surprise, HPE’s leadership team was very approachable. They seemed to enjoy meeting us and giving career advice. I particularly enjoyed my conversations with Alan May, Jim Jackson, and Phil Davis of whom I truly look up to. 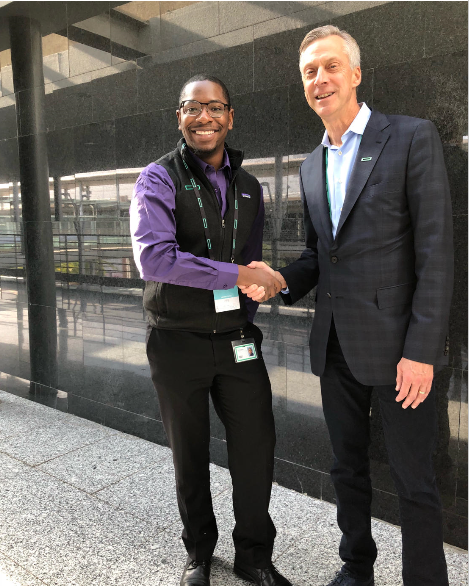 A few months after the Discover I was honored with the BEN’s Shining Star Award at HPE’s Black History Month celebration as a result of my accomplishments. This was one of the proudest moments in my career because at that point I knew that I represented well for all minorities. 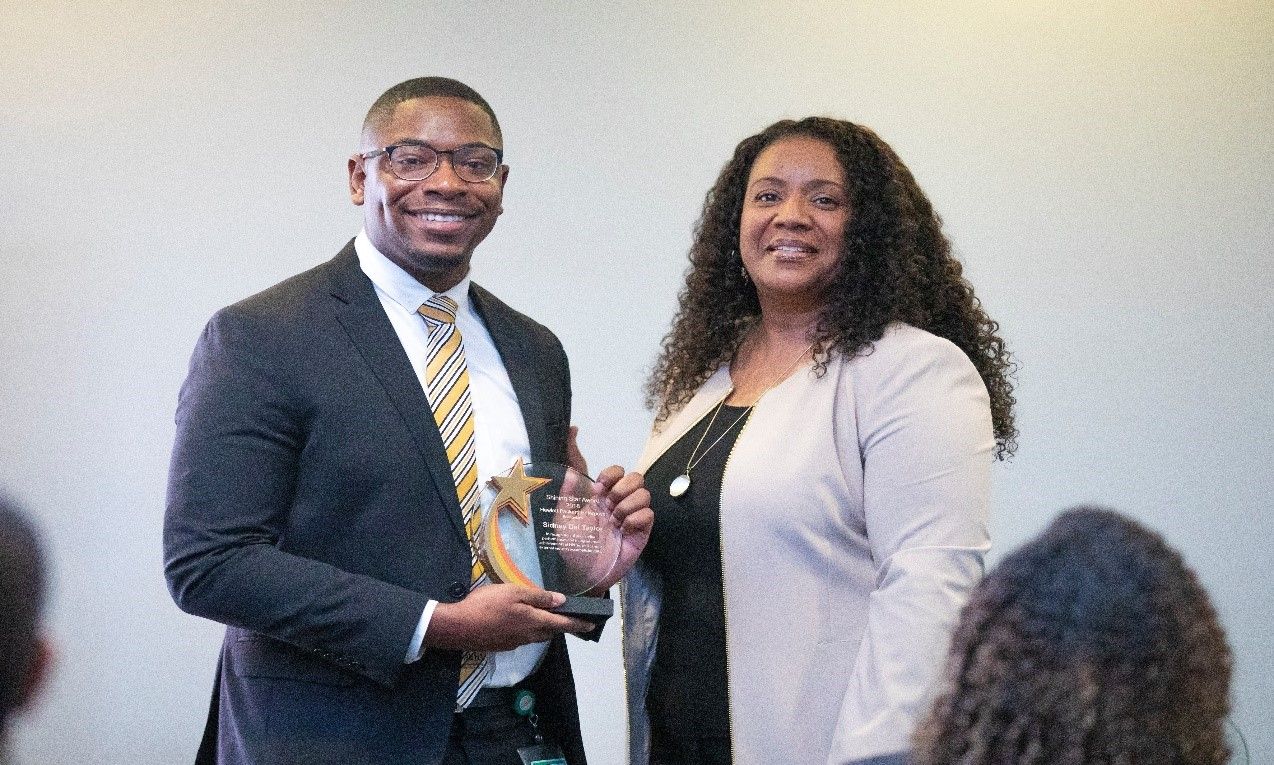 Although I enjoyed my time with GSE I slowly began to seek out other opportunities where I would gain more formalized training and become more customer focused. I noticed a requisition for HPE’s Unique New Grad Solutions Architect Program. In this program I would train my technical and presentation skills for 9 months before moving to the field and working as a Solutions Architect. I would be able to gain up to 10 years of experience within 1 year. One of the greatest things about HPE is that the company believes in hiring and promoting from within the organization. Therefore I had no issue with reaching out to the program manager and transitioning from Houston to the Metro Atlanta area.

Now at age 25, I am in the position to become one of HPE’s champions for the presales team. I am surrounded by 17 other highly ambitious young professionals who are eager to make a name for themselves. I have a manager who takes time in molding me and bringing out my strengths. Although I am not sure of where my location will be after my training is over, I know that I will be in good hands. HPE has truly taken great care of me over the last 7 years of my life and I am looking forward to a long, successful career here. More importantly, I have established friendships here that will last a lifetime. 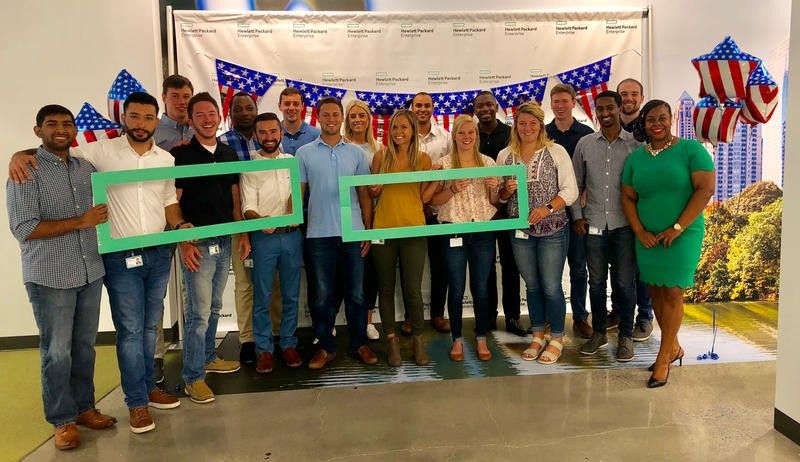 I have a few takeaways for recent college graduates who are going into the workplace. 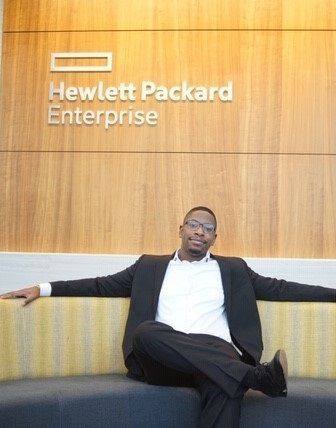 On campus, Sidney was known as a student leader. He served as the Junior Class President and the Senator for the College of Computer Science. During his tenure as senator, he opted for vital advancements in the Computer Science department. The bills that he proposed improved the status of the computer science department. In addition, he demonstrated great patriotism in my community by participating in several community services on and off campus. He takes pride in giving back to the community by engaging in programs such as Meals-On-Wheels and the Houston Food Bank..

Sidney also enjoys a very active social life as well. In his personal life, he enjoys boxing. He is currently a member of Katy Boxing Club. He also enjoy playing dominos and video games. He is also an active member of Alpha Phi Alpha Fraternity, Inc. He served as the Assistant Executive Director of the Texas Region, one of the highest positions available for undergraduate brothers. He also served as the step master for 3 years. He is now active in the Alpha Eta Lambda Graduate chapter here in Houston. I am also a brother of Lone Star Lodge #85 of the Most Worshipful Prince Hall Grand Lodge of Texas.

Stay connected to Sidney via LinkedIn and if you are interested in career opportunities at HPE visit HPE Careers, apply today and join the team!