Re: An experiment in Leadership – Planning to restart better at a Digital Davos with the WEF

The benefits of enduring and navigating a pandemic are few. For me, the best place to look for a silver lining is when a behavior that we’d grown accustomed was flipped on its head overnight, what I’d call an A|B test. In 2019, I averaged about 1000 flight miles a day, and now it’s been 13 months since I’ve been in an airport. Most notably for me, I am measurably healthier: weight, blood pressure, sleep patterns -- all the numbers are better and I can feel it. I wasn’t getting on those flights just to travel, this was business. It wasn’t about the journey, it was about the destination and conversations with customers, partners, engineers, and scientists, leaders public and private. Those conversations were the most personally and professionally rewarding part of my job, how were they faring during the no-fly A|B test? 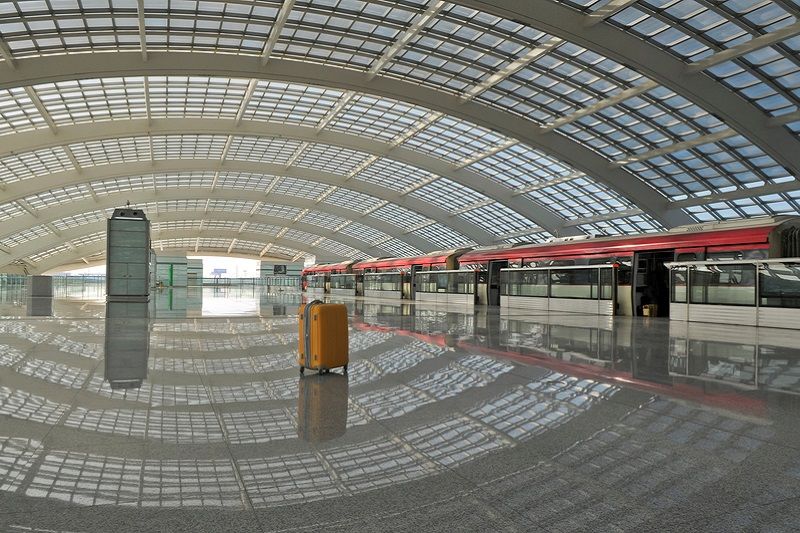 Beyond the planned conversation, the biggest loss is the loss of serendipity. Anyone who’s ever been to a conference in their field could list out a handful of the most important conversations they had and will probably find none of them happened within the context of the official program. Instead, people buttonhole each other near the elevator banks, in the bar having a beer, on the bus to the venue, or in a hallway outside the lecture hall. Those conversations can be unexpected, unscheduled, and free and can lead to the creation of organizations, the launching of initiatives, and the lobbying of politicians.

That was top of mind last month when I got up at 4:00 AM but instead of heading off to SFO as had done so many times before, I only went as far as the kitchen to make an espresso then settled into my home office and joined the kickoff for the World Economic Forum (WEF) annual marquee conference, Davos 2021, a first for me.

Before I had ever attended a WEF event, and I’m sure I’m not alone, when I heard Davos, I’d think of CEOs, heads of states, finance ministers lined up side-by-side up waiting for their black town cars to whisk them to make important speeches and to have equally important sidebar meetings. I’d also think of all those private jets, lined wingtip to wingtip at the airport and wonder about the footprint of all that travel. There’s always that nagging concern that as well-intentioned as the effort is, it is contributing to the problem or the solution?

First off, what’s it like to attend any WEF event? For the last five years I’ve done small workshops on AI Ethics at the WEF Center for the Fourth Industrial Revolution at the Presidio in San Francisco, the annual fall Global Futures Council meeting in Dubai and the summer conference in China, which has the very James Bondian name of the Annual Meeting of New Champions.

What's fascinating about these events is the personal nature of the interactions and how infectious (forgive the pun!) the desire to collaborate is. You get on the plane at SFO headed to the AMNC in China, for instance. If you're a bit of an introvert like me, you're all bundled up. You got your headphones in and you pretend that you're invisible to the world so hopefully no one will notice you and try to interact. You get off in Beijing and you're going through immigration, still heads down shuffling along anonymously. You spot the WEF kiosk and head for it to find out where your bus is.

Then something special happens.

As soon as you see someone who's headed in the same directions you are, even though they've been on the flight with you for nine hours, ignoring each other all the way from SFO to PEK, as soon as you see you’re heading to WEF, it’s a race to see who will start a conversation first.

It's very egalitarian. Everyone introduces themselves: prime minister, grad student, CEO, journalist – you’re all attendees. The only discernable difference is a little color-coded dot next to your name on your lanyard. So, whether you're waiting for the bus, waiting for dinner, or in the queue waiting to go into a meeting, everyone is “Hello, I’m …” There's a sense of shared objective, of a desire to find out what it is like to craft a multi-stakeholder solution that is sustainable, that is equitable, that is efficient. And to figure out how are we going to work across all these different groups: art, science, industry, academia, government, public, and private. How can we actually come out and do something? The engineer in me loves this. They have a tropism for action. It's not enough to talk about it.

So snap back to 4:00 AM and armed espresso and a login and I was about to find out what Plague Year Davos would be like. The entire WEF pivoted hard last year at the first signs of pandemic and the Davos 2021 Agenda reflected it. Of the eighteen sessions I planned on attending, half had COVID in their session abstracts.  But beyond the agenda and the empty private jet tarmac, they embraced the benefits of a virtual event by making the first half of every meeting public. You had exactly the same fascinating set of panelists and all the attendees you see at a World Economic Forum event but now anyone could drop in to listen. They were as open and authentic and egalitarian as any WEF conversation I’d joined before, only now more sustainable and inclusive. Instead of just telling my kids I was in a session with the Arvind Krishnan, CEO of IBM; Henrietta Fore, Executive Director of UNICEF; and Will.i.am from the Black Eyed Peas weighing the potential benefits and challenges of AI technology on early childhood development, they could experience firsthand how much diversity improves a debate.

The second half of each session was for the registered attendees. We either listened to a continuation of the panel session or discussed in smaller groups. Through topics such as “Rethinking Cities for a Post-COVID Future,” “Accelerating Digital Inclusion in a Post-COVID World,” “Net-Zero Cities,” and “Reimagining Manufacturing” we shared what it’s been like being forced against our will into conducting large mass scale experiments in modifying our behavior? What do we want to take forward? What parts of our social and economic structure do we want to maintain and what do we want to get rid of? Questions like those are what make communities like the WEF that value both hard data and lived experiences and with that tropism for action are so rewarding to participate in.

Unfortunately neither half was able to recreate the dynamism and serendipity of face-to-face event, especially since as soon as the session ended you were back by yourself, isolated and wishing the conversation ended abruptly by the “Your now being returned to the main room” could have continued just another minute.  After a week on the eight-hour time shift from PST to UTC+1 (bonjour de Californie, Genève!), virtual Davos proved itself to be more transparent, inclusive, accessible and sustainable but less continuous, productive and serendipitous.

March 5th of 2020 was the last time I went out with co-workers. I had driven down to the Palo Alto and San Jose from my home in the Sierra Nevada foothills to do a customer briefing and join in our events in celebration of International Women’s Day.   As I usually did when I wanted to avoid an extra two hours in Bay Area traffic, I asked "Hey, you guys want to get together tonight?" Martina, Rebecca, Jessica and I went out for Indian street food fusion and really good beer. None of us know when that will happen again but it’s one of the first things I want to get back to. Do I want to get back to a thousand air miles a day? I don't know that I want to do that.

Just like it forced me out of my inertia to change behaviors that lead to measurably better health, the pandemic has forced A|B tests on almost every aspect of our society and the numbers are starting to come in. And just like me, these were often changes that we had known were potentially very important but we could never figure out how to make a break from the past.

I’m hopeful that soon we’ll finally have a chance to properly mourn the family and opportunities we’ve lost. The conversations started in Davos, interrupted as they were, started me thinking of how we can best honor and memorialize those losses by purposefully choosing a more efficient, sustainable, equitable, and just social architecture.