Applying the principles learned on your first job can help you forge your career to a global level. 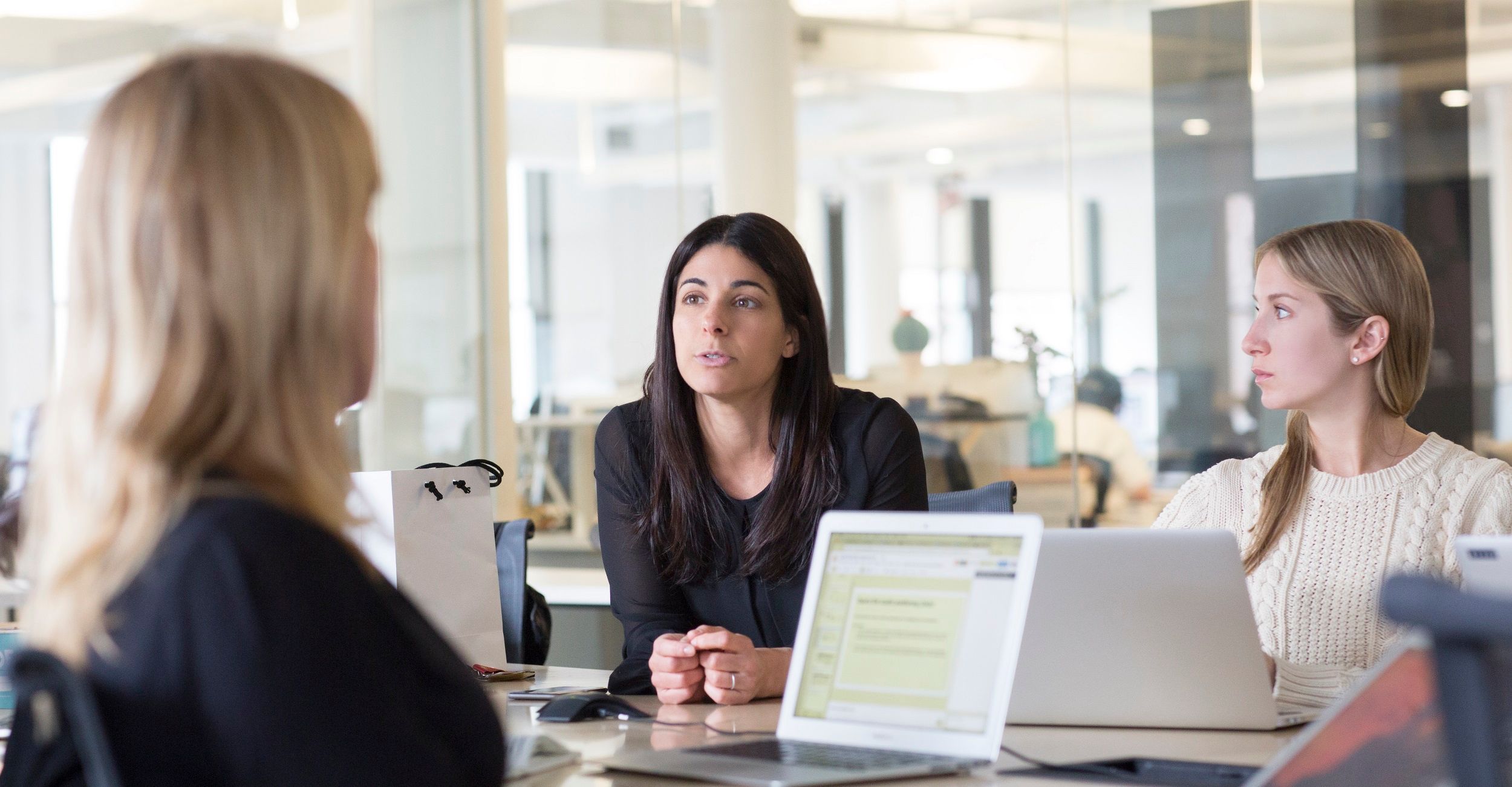 My career aspirations were to be the “client” of an ad agency so I felt compelled to work for an agency to see what it would be like to be on the other side.  My first job out of college was working for a small agency in California as a Traffic Manager and I was responsible for interacting with all departments, ensuring that we ultimately delivered projects on schedule to the client.  I learned so much in this role as I had exposure across the agency, from production to account executives, and I got to really learn how an agency operated, including all of their interdependencies. Little did I know that this role would set the tone for future career.

Thanks to the referral of a friend, I entered the world of technology by landing a marketing position for Ingram Micro. That initial role involved working for two Marketing Managers to market their vendor brands to our customers and sales teams. In this role, I created promotions, giveaways and incentives to gain customer mindshare. My career flourished at Ingram Micro and I was promoted over the course of fifteen years from an entry level marketing admin role handing out t-shirts to sales rep to a Senior VP of Product Management.  I believe I was able to do this because first, I always applied the principles that I learned as a traffic manager - to understand as many functions as possible and how they are interdependent on each other. Second, I always tried to take on many new roles and responsibilities to learn as much about the overall company as I could, with the goal of applying that knowledge to any position I had so I could be as effective as possible. This approach appears to have worked, as I was the only one in senior leadership at that time that had been promoted internally from an entry level role.

After fifteen years working for a distributor, I wanted to try something different, to explore what was out there and learn something new. So, I set my sights on working for a manufacturer in a global role where I could learn all of the “why’s” and “how’s” about developing channel programs.  Juniper Networks offered me a leadership role managing its worldwide partner program, channel marketing and operations and I excitedly, but nervously, accepted the position.   The new role was scary –I found myself transitioning from a company where I had built up a strong internal network and was in a comfortable position where I was a subject matter expert to a new company and a new role with new responsibilities and little experience.  The new role was full of variety and it included driving programs in which I had no prior experience. How did I cope? I asked questions every day to gain the knowledge I needed to be effective in my new position.  And I worked hard toward my personal goal, which was to have fewer and fewer days where I felt like a fish out of water.  The most exciting part of this role was that I was able to start with a blank sheet of paper, as Juniper was new to the channel.  Because everything was new, we had no legacy to deal with and could employ some creativity as we designed and built out all aspects of the channel program and defined partner principles.   After 7 years at Juniper, leading the company’s Worldwide Channel Strategy and Operations team, my boss came to me and said that they didn’t feel the company had a large enough focus on distribution and he asked me to take it on full time. That offer put me at a crossroad. I was confident in my ability to do the job, but I was nervous about the possibility of pigeonholing myself and being viewed only as a distribution expert. I wanted to keep developing and moving forward in my career, expanding my knowledge base. I wasn’t sure taking that offer would enable me to meet those objectives. In the end I decided to take the role and learned to embrace the fact that I was a distribution expert and in fact people valued me more for having this level of expertise as there are fewer people that actually have distribution knowledge.

This led to my next role at HPE, which recruited me for a Worldwide Distribution leadership role. At this new crossroad learned to embrace my distribution expertise as I was impressed by HPE’s reputation for providing ongoing advancement opportunities and promoting individuals from within. I also felt like the culture of innovation and the focus on the customer was a solid fit for me. This turned out to be true as, after two years in that position, where I expanded my network of contacts and came to appreciate my intricate knowledge of the language of distribution, an opening occurred at Aruba for a new head of worldwide channels. This role seemed like the best next step to apply my experience, interests and unique capabilities, and I became the worldwide leader of Channels for Aruba, which is the role I hold today.

What are your top three career lessons?

1. Always be authentic – always be yourself.

When I started my career, I had an image of the way I was supposed to act and the way I should behave for the different positions I held. And I tried very hard to fit into those “visions”, rather than being myself and authentic.

Over time though, I learned that the best way to be successful is to not try to fit into preconceived notions of what different roles ‘should’ be. Instead, make the job your own. I realized that companies were hiring and promoting me for my personal experience, skillsets and approach to my jobs, and that they welcomed the unique way I applied each of those to the titles I held. I also learned that it was OK to not know everything about the job at hand and that companies want to see if you have potential and the ability to grow and develop into a position, as much as they look for check-marks items in each job description.

2. Look beyond your job description.

To keep progressing in your career, you must always look beyond the job description. Don’t just do the things that are ‘expected’ for your role. Take full responsibility for your position and always look for new ways that you can contribute to the organization’s success. Don’t be afraid to share an opinion or a recommendation with others, even if it relates to a topic a bit outside of your designated position.

3. Ask questions and network with others to learn what you don’t know.

As the saying goes, the only ‘dumb’ question is one that you don’t ask. Don’t be afraid to tap into your coworkers’ areas of expertise or solicit their perspectives and advice. Make sure to spend time expanding your understanding of how the organization works, how all of the points connect and how your department fits into that schematic. Always strive to learn more and take advantage of every opportunity to build your skillsets.

There are so many reasons why I’m at HPE. First and foremost, I love the people I work with. They are among the most talented, creative, generous and hard-working people I’ve ever had the pleasure of working with. Second, o product portfolio – the entire solution set – is the best it’s ever been and the best I’ve seen. Our solutions have been designed to meet our customers’ most pressing business and technology needs and it is personally satisfying to play a part in helping them solve challenges and achieve their business objectives. Third, I love the culture of collaboration and partnership that we’ve developed – amongst employees as well as with our customers and our channel and technology partners. And lastly, there is so much opportunity here at HPE. It’s really unlimited. And that is incredibly exciting. 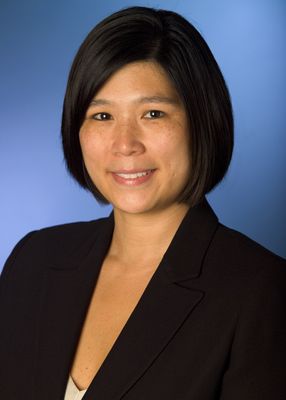 With over 25 years of experience in the IT industry, Donna Grothjan is VP of worldwide channels for Aruba, a Hewlett Packard Enterprise company. In this role, Donna leads and manages all aspects of Aruba’s worldwide partnering strategy, channel sales, partner programs, partner enablement and go-to-market for alliances and OEM. She also has responsibility for all SMB-related strategy and planning. Previously, she was VP of worldwide distribution for Hewlett Packard Enterprise, with worldwide responsibility for distribution strategy and sales for the Enterprise Group. Before joining HPE, Donna held a number of worldwide channel and distribution-focused executive positions at Juniper Networks and before that, she served as senior VP of product management for Ingram Micro North America, where she was responsible for all product management roles including vendor relationships, business development and purchasing. Grothjan holds a bachelor of arts in business administration from California State University, Fullerton.

Stay connected to Donna via LinkedIn and if you want to learn more about our culture, explore HPE Careers.