Awards & Accolades: The latest from HPE staff members and teams

It’s time to celebrate! In the first half of 2020, HPE staff members and teams earned amazing awards and accolades. These honors include the recognitions listed below.

HPE named an official Webby Honoree
The International Academy of Digital Arts and Sciences recognized HPE in the 24th Annual ‘Webby Awards’. This award honors excellence on the Internet in several categories. HPE was awarded an honorable mention for one of our customer videos, an award granted to only the top 20% of all work entered in the 24th Annual Webby Awards, according to the Webby site.

HPE awarded the Association of Briefing Program Managers (ABPM) highest recognition in 2020
HPE was recognized with several awards by ABPM, a global professional community, including their highest honor, the World Class Program award.

HPE awarded SILVER in the 2020 ANA B2 Awards
HPE was awarded Silver on the podium for 2020 ANA B2 Awards within the category Content Marketing: Omni-Channel Content Program for the activation around the 2019 Gran Prix. The activation utilized creative and content from two of our key motor sports partnerships, Aston Martin Red Bull Racing and Mercedes AMG Petronas across contextually relevant environments. The activation included collaboration across media, social, .com and geo teams to drive a truly omni-channel experience for our customers. The activity exceeded all business-as-usual benchmarks, drove an increase in demand and lifted our brand perception amongst those exposed.  More details in HPE Newsroom article.

Team HPE Takes Home the Gold (and Silver) for Ryder Cup experience
In 2018, HPE partnered with the European Tour to create the most connected and intelligent course ever for the 2018 Ryder Cup–the largest and most prestigious international golf tournament–at Le Golf National in Paris. 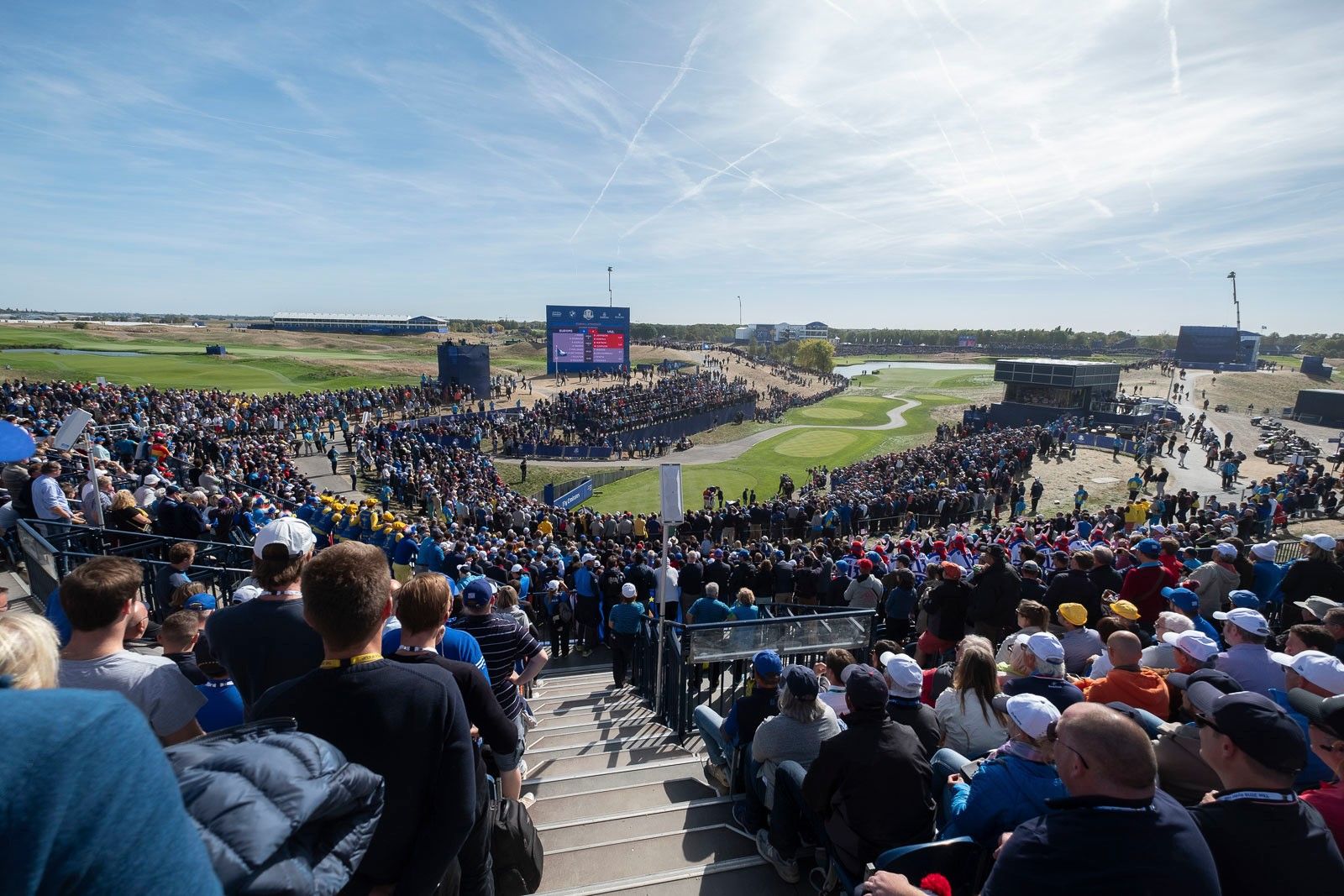