Catalyst in the UK: Rewriting the tech book through collaboration 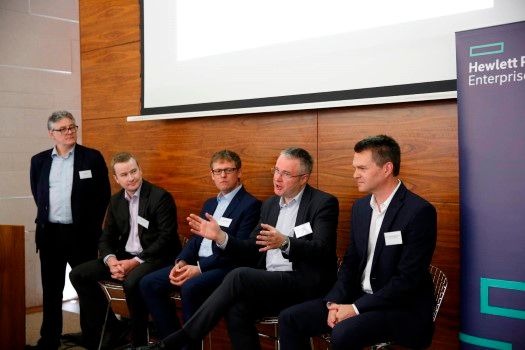 On April 16, Hewlett Packard Enterprise announced a collaboration with Arm, SUSE, and three leading UK universities to accelerate the adoption of supercomputer applications in the United Kingdom. The partners will jointly develop and deploy a complex of systems called Catalyst UK that will form one of the largest Arm-based high performance computing deployments in the world.

Designed, built and supported by HPE, the deployment will be spread across three sites at Edinburgh Parallel Computing Centre at the University of Edinburgh, the University of Bristol, and the University of Leicester. The installation is due to be completed in summer 2018 and is part of a project known as Catalyst UK which will run for three years.

Cavium Thunder X2, the Arm-chip that is powering the HPE Apollo 70 system is the same chip that powers the 160 terabyte Machine prototype. This is the latest example of that project producing commercially available products.

To understand the background and import of this project, Labs spoke to Mike Vildibill, the vice president of HPE’s Advanced Technologies Group.

Our journey began with a prototype code-named Comanche, developed in extensive collaboration with dozens of partners and customers. We shipped about 1,000 processors-worth of prototype systems. The success of this platform and the extent to which we were able to demonstrate a comprehensive software stack allowed us to place it on the roadmap as a standard product to be released later this year, Apollo 70. Then came Catalyst UK, which we devised as an extension to the successful Comanche collaboration program. Catalyst UK will employ the Apollo 70. This deployment will go into the history books as among the first first ARM-based “real” supercomputers.

One of the key things to understand and celebrate is just how effective the collaboration we spun up with Comanche has been. We established a collaboration infrastructure that is growing in size and activity and that has taken on a life of its own. Customers include Department of Energy’s national labs, including Los Alamos, Livermore, Argonne, Oak Ridge, Sandia; and partners include HPE, ARM, Cavium, Mellanox, Red Hat, and SuSE.

In the beginning the partners met by phone regularly to coordinate on technical issues. The customers learned about this and began joining and they have since grown to become a community forum and a mechanism for users to report bugs, share patches, share best practices and tips, and to provide updates on porting and application performance. Attendance and activity continues to grow and recently we have been sustaining 100% attendance from all partners and customers with the on-call population having grown to 35 people. They’re not just attending passively, they are active.

Our Github server for the project is also growing in size and activity, with participants uploading and downloading software, patches, documentation, and extending their communication with each other. It has gotten to a point where the community is suggesting we form a User’s Group in order to continue and sustain the activity!

Our big take-away from this is a cultural one. Collaboration is something we’ve always believed to be an enormously powerful lever for development and change. HPE is re-writing the book on bringing new and disruptive technology to market through customer-driven collaboration.