Component Authentication: The Foundation for a Secured Infrastructure 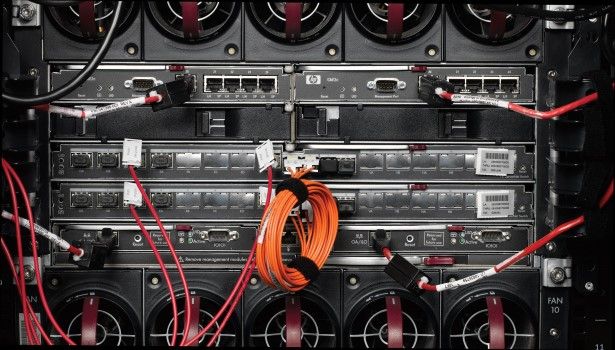 In January, the U.S. Cybersecurity and Infrastructure Security Agency issued an emergency directive to mitigate DNS infrastructure tampering. This directive was necessary because the majority of security’s low-hanging fruit has already been picked. Now a smarter, better funded group of bad actors – often with nation-state or organized crime backing – is attacking the our global digital ecosystem. They are employing increasingly sophisticated techniques, requiring more advanced defense technology.

This system provides strong component authentication and firmware measurement capabilities in every component and at every level, from manufacturing to integration to initialization and power cycle events to runtime and component addition or replacement.

“Our goal is to be able to authenticate everything that is in a chassis, to verify each are genuine, and in a ‘known good state,’” says Edwards. This assures customers can start off with a computing platform that is in the state it should be. After all, we are now in a time when attack vectors include device components, which contain microcontrollers and computers in their own right and run software stacks with operating systems like Linux. They designed the system to eliminate the ability of bad actors to replace good components with ones designed to conduct espionage or to otherwise damage the system, whether that systems is destined for the data center or the field.

One of the most damaging elements of malware is persistence. The harvesting of private information or the injection of harmful programming is most effective for hackers when it is done over time and without detection. With Component Authentication, that is now much more difficult.

One of the benefits of this system, says Koulouris, is that it does not require changes to existing hardware architecture. “A number of interconnects already exist within a chassis,” he says. This system is designed so that it operates over the busses and interconnects a device already uses.

“Although our primary goal is building more resilient and secure infrastructure, the system also addresses the issue of counterfeiting,” says Koulouris. Swapping out high-quality parts for inferior components – which benefits no one but the counterfeiters – will no longer be possible on a device running Component Authentication.

This is not an innovation that Hewlett Packard Enterprise is keeping locked away. HPE is sharing Component Authentication with industry consortia such as the Distributed Management Task Force and Gen-Z in the hope that it will insulate the entire industry against hardware hackers.