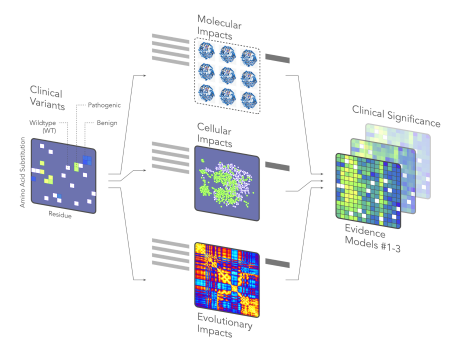 As a step forward in Hewlett Packard Enterprise’s Tech Impact 2030 program, the company has announced a collaboration with genomic data analysis company Jungla.

Jungla will utilize HPE’s Memory-Driven Computing Sandbox development environment to accelerate understanding of the correlation between genetic mutation and disease.

Although we’ve arrived at a point where running a single genome only costs $1,000 and can be done in a day, that doesn’t mean understanding that genome has become equally easy. That understanding, of the link between genetic variation and health, is currently bottlenecked by the complex processes of massive computation and manual pattern recognition and correlation it still requires.

This data is more important than ever. I may tell reveal the connection between the three billion base pairs that comprise the human genome and health, and why variation increases the likelihood of cancer while another reduces the chances of heart disease.

Jungla’s goal is to create a technology platform that continuously integrates clinical knowledge with genomic and biophysical data to systematically generate, evaluate, audit, and share accurate results with its clients and partners.

“Traditional computational systems were making it impossible for Jungla to compare data sets at scale,” said Michael Woodacare, HPE Fellow. “Even after systems analyzed the data, researchers still needed to manually comb through the increasingly large data sets to identify patterns. But our Memory-Driven Computing architecture – and its unprecedented capacity to process data—reduces the risk of human error and dramatically speeds time to results. Jungla is approaching Memory-Driven Computing like a scientific instrument rather than a computer system and is using it to automate medical research, gaining speed and medical precision.”

To bring Jungla’s vision for the creation of a genomic insights engine to life, HPE loaded Jungla’s massive data set onto its 48 TB Memory-Driven Computing Sandbox, an operating and development environment for customers introduced in June 2018. The system supports rapid testing for customers and provides early access to emerging technologies, directly from Hewlett Packard Labs, before broad commercial availability.

In addition to its work with Jungla, the team at HPE also is collaborating with researchers in life sciences and clinical medicine from the Living Heart Project, the German Center for Neurodegenerative Diseases (DZNE) and the Blue Brain Project to explore technology’s potential to transform the life sciences industry.

Each of these research communities is pioneering new approaches to health science, defying conventional approaches at every level so they might find answers hiding in plain sight, separated today by the silos of scientific disciplines and the inadequacy of our computational infrastructure to scale. What if biological and social scientists had access to computer science tools to analyze, debug, instrument, simulate and single step through the most complex systems from cellular organelles to global ecosystems? These computational platforms not only speed up scientific research; they change the way the scientists view themselves, turning gatherers into hunters.

"Precision medicine will not be possible without the most sophisticated compute infrastructures,” says Dr. Joachim Schultze, funding director of DZNE's Platform for Single Cell Genomics and Epigenomics (PRECISE). “To me, memory driven computing seems to be the ideal compute ecosystem for this enormous task."