This week, HPE took home two awards that recognized the company’s innovative initiatives and its ongoing efforts in the community. On Monday, HPE won the Global Grand Prize for Innovation at the ISPIM Innovation Conference in Vienna for the Living Progress Challenge, and on Wednesday, Civic 50 announced that HPE is on its list of the 50 most community-minded companies in the United States. 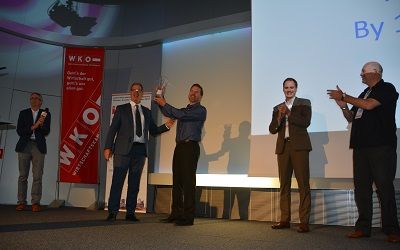 Earlier this year, HPE was selected as one of four finalists for the ISPIM Grand Prize by a panel of innovation leaders and experts. The award was open to all companies and non-profits who showcased initiatives that have significantly improved their innovation performance. On Monday, Chris Wellise (Sr Director, Sustainability and Social Impact) presented the Living Progress Challenge at the ISPIM Innovation Conference in Vienna in front of 14 judges and 400 voting audience members, beating out Fraunhofer, GE, and IBM to win the Global Grand Prize for Innovation. 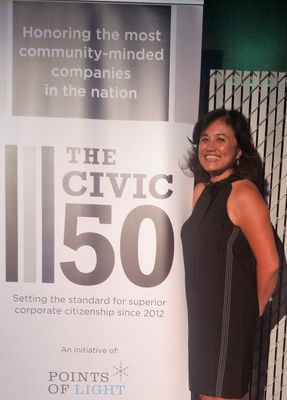 n the same week, Civic 50 has also announced that HPE is once again on its list of 50 companies who have impacted their communities the most.  A Points of Light initiative, the Civic 50 celebrates good corporate citizenship and showcases how companies can use their resources to improve the communities around them. Rebecca Wang (Sr Manager, Community Engagement) will be receiving the award at their annual Conference on Volunteering and Service in Seattle on behalf of the HPE Gives program.

Our continued focus on innovation and corporate citizenship ensures HPE remains a trusted partner for our customers, allowing them to accelerate their digital transformations while reducing costs, negative impacts, and time to value.

Congratulations to everyone involved with these initiatives.

CONGRATULATIONS TO HPE! A Valued Project Management Institute Educational Foundation Corporate Partner.  HPE is always at the forefront of those committed to building sustainable communities through collaboration and the use of innovative skills to address societal challenges. Thank you for your continued support of  project management for social good!