HPE-Editor
Help shape a world that is equal for all people. HPE needs to take a stand to speak up on inclusion and to advocate in and outside HPE for equality.
- Antonio Neri, HPE CEO

June is PRIDE month, and this year we celebrated 50 years of PRIDE celebrations and focused on the intersection of PRIDE, unconditional inclusivity, and allyship.  Our goal has been to demonstrate that at HPE we are, and we believe that every one of our voices, stories and lives matter.  We are in this together committed towards impartial outcome.  HPE has many employee groups, one of which is our HPE PRIDE group.  We recently sat down with Lucy Thomas, from HPE’s UK & Ireland team to talk to her about her own journey, and what the PRIDE group and month means to her.

Can you share a bit about your journey at HPE?
I’ve held many different roles within the Finance function, always in the UKI until the start of FY20 when the UKI Geo expanded to also cover MESA (Middle East and South Africa). As a woman working in what sometimes seems like a male-dominated industry, I’ve never, ever felt discriminated against, not once. I’ve never felt like if I went for a role versus a man, I wouldn’t get it. It’s always been based on ability. I never felt that my gender affects my career at HPE. 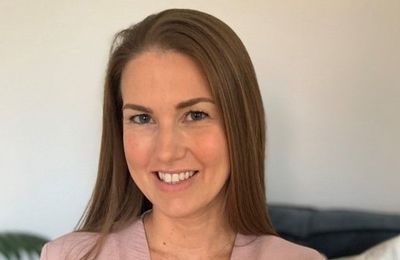 Why did you join the HPE PRIDE group?
The reason I joined the Pride group within HPE was mainly because I hadn’t felt discriminated against at HPE and I wanted to promote the inclusive organization we work within with the aim for everyone to the same.

It’s really important to my husband and I that our children grow up to be non-discriminative, not just LGBT+ but very importantly Black Lives Matter and to all regardless of their race, beliefs, sexual orientation, appearance.

That's why I joined the group, to be part of something and help ensure that everyone feels part of HPE's family and what we do as an organization.

What have you learned from the HPE PRIDE network?
It's really important that everyone can feel that they can be themselves and not have to hide any part of themselves at work. So, as much as we can raise awareness to make sure people understand the various elements of the LGBT+ community, the more it's not against the norm and is a part of our HPE culture.

As part of Pride month we invited in an external speaker who shared that sometimes it’s just the way you ask things. Rather than saying “your wife/husband”, and assume they have a wife or husband, you could say “your partner”. So, small things like that to be more inclusive when you may not know that person, and they may or may not wish to share their stories. It's just about making sure that we, across the board, are accepting of everyone.

It made me really think that we need to do a little bit more there to make sure everyone feels accepted. We should all accept everyone for who they are—not just in Pride, but no matter what it is. If it's religion, gender, race, or appearance, I think it's important everyone feels accepted at HPE. The culture we have at HPE is really good but there is always room for improvement.

How has your experience influenced life beyond work?
We've got two children. My daughter’s nearly 10 and my son is 7. They go to a school that has many different religions and races, whereas I grew up in England in a predominantly white area. I really like that my children go to a school where race is, hopefully, blind to them. My children are friends with all children from different religions and backgrounds, school is really good at teaching them about diverse cultures.

As I mentioned, both my husband and I want our children to grow up to accept everyone. We play a game called “The Game of Life”. You go around the board and you get to different stages: you have a college career and then you get married. Then it’s small things that I would say to them like, “ Who do you want to marry, you can pick a blue or a pink peg?” And they would say, “Do I have to pick one?” Then I’d say, “Yes. You have to pick one, but whichever one makes you happy, you can choose.” I just want them to be aware at a very young age that it's OK. People are different.

Sometimes my children call me out on things. Each year HPE UKI take part in the “Palace to Palace” a 45 mile bike event in the UK, to raise money for the Princes Trust charity. We were out in the car the other day and we saw a cyclist. He had an Oracle blazer on. My daughter asked, “Is that one of your bike friends, Mommy?” I said jokingly, “Oh no. He's works for Oracle. I couldn't be his friend.” She then said, “Mommy, that's not nice. You can't discriminate against him because he works in a different company. You should treat everyone the same.” I said, “Well you're very right, Nicole.” Of course, I was only joking, but it shows how easily you can say something you don’t anything off but you are teaching your children its ok to single people out for something that’s different to what we are. It made me think, “What you say really matters here”. Children pick up on everything. You may not think what you say is discriminatory. I didn't think that I was, until she told me. Small things like that really matter.

My daughter has a best friend at school. He likes to wear nail polish and wear high heels sometimes. My daughter says, “But that’s alright, because it makes him happy”. I say, “That’s right, because you’ve got to do what makes you happy. It doesn’t hurt anyone. As long as you’re happy and the choices you make are good for you and others, that’s fine.” It's important to me and my husband that they are brought up that way. They're very aware of it. The schools are great at teaching about diversity, so I think it's important for us as parents to make sure that children don't grow up being prejudiced against anyone.

Who is your hero?
There isn't someone that immediately jumps out as a hero, there are many people I admire for their stand against discrimination Michelle Obama and Princess Diana spring to mind as allies who advocate for all.

I've learned in the last few months, from joining the LGBT+ group and the team that run the Pride program in the UK, the passion they put into it, and the powerful stories that I've heard—they are really people to look up to and listen to.

What changes do you see on the horizon?
I think we've really started seeing more awareness of this subject. If I go back to when I joined 17 years ago, the team that I worked in Finance we had two members of the LGBT+ community. Again, they were very accepted. They were a part of the team and didn't feel that they couldn't be themselves. They were very outward and open. We don't know if there were other [LGBT+] people on the team. I don't think it was something we really thought about or discussed, I’ve always seen HPE as inclusive and diverse.

With the LGBT+ community that we've put together, we're seeing more and more incentives. The team have loads of different things going on for June Pride month to educate, raise awareness and have a bit of fun. I helped organize a family coloring competition to get children involved, but also to get parents talking to their children comfortably and at their level. 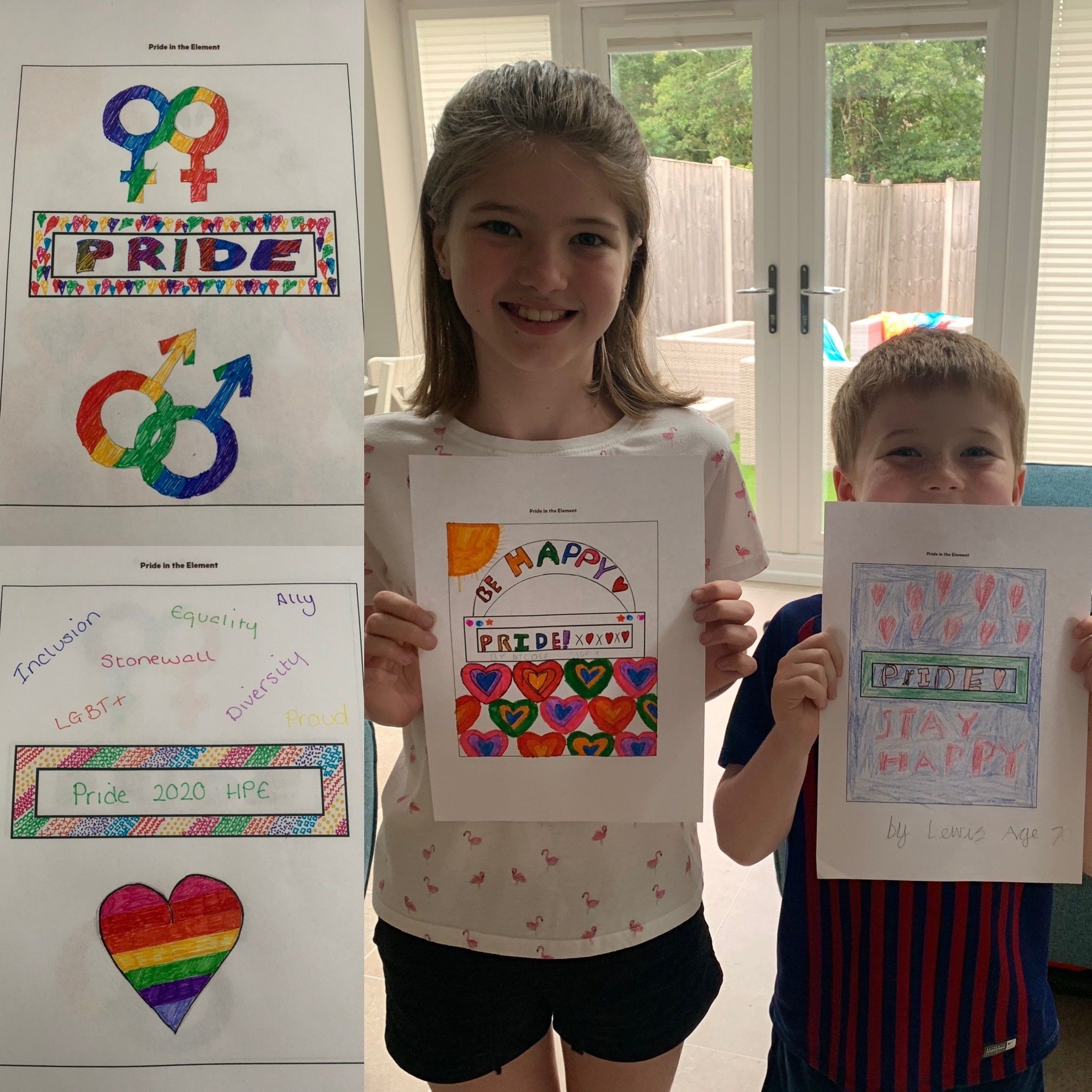 I've seen it really flourish in the last year. I think with the dedicated teams, the investment is being put in by our MD in supporting these groups. I can really see us continuing to be visible, be open, and make sure that people are aware of the challenges, how we should change the way we speak, and the small changes we can make to make everyone feel included.

I hope at one point in the future we may not even have to discuss, because it would just be ingrained within us and our culture.

Any advice you’d like to leave us with?
I took time last year to stop and think about how we can make sure everyone feels part of the HPE family and as comfortable as I do. How can we make sure that we do that for everyone? Honestly saying, I don't know many companies that have people that have stayed as long as I have or longer. Even just in the Finance team, there's so many people that have been there 20-25 years. I think it's the culture and the sense of community that we have here that brings everyone together. You can stop, look at that, and don't go with the status quo. Have a think about how we can continue to be better and make sure that everyone that you know is included. I like the fact that this is being put into groups now. It's been identified. I'm hoping that we can do quite a lot of good things and continue to support the LGBT+ community and the other diversity and inclusion teams as well.

It's great to see the passion of the team. That’s really rubbed off on me. I think it shouldn't just be people from the individual communities. Like the Woman's Network for instance in the UK, although it's the Women's Network, we encourage everyone, men and women to participate. Same with LGBT+. We had a call the other day with external speakers and our team members that wanted to share their story. We had a great attendance on that call from senior management, who aren’t a part of the community, per se, but obviously they want to hear the stories and make sure they were aware. I really think that's what we do well at HPE. It comes from the top down. The community sense is important. I really see that. I’ve benefited from it all my career, because as I’ve said, I've never felt discriminated against. It really wasn't until last year when I stopped to reassess and realized we can all do a little more to maintain the great culture and diversity at HPE.