I never expected I'd actually "Be the Match" 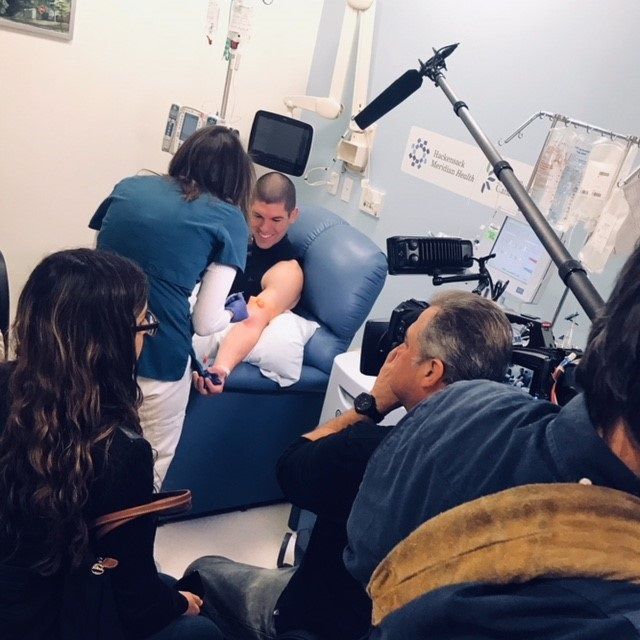 When I was on my college football team, our coach got us involved in an organization called Be the Match. Be the Match is the largest bone marrow registry in the world, bringing hope to thousands of people with a life-threatening blood cancer like leukemia and lymphoma.

My teammates and I led a campus-wide drive at The College of New Jersey urging students to sign up for the registry. The process for getting on the registry is simple: you answer a basic questionnaire about your medical history and have your inner cheek swabbed, and that’s about it. That day we added roughly 550 students to the worldwide bone marrow registry, a bigger turnout than we had expected.

That was in 2015. I had really almost forgotten all about it when a representative from Be the Match called this past December – nearly three years later – telling me that I was a match and asking if I was ready to donate.

Before donating, I needed to go to a local cancer treatment center every day for five days to get filgrastim injections which pumps up the number of blood-forming cells in your bloodstream.

In my case, there was a little more additional preparation involved. Good Morning America, one of the top morning news programs in the U.S., wanted to raise awareness about blood marrow donation and asked if they could film me. The host of the show, Robin Roberts, had been a marrow recipient, and it was crucial in curing her of a condition known as pre-leukemia. 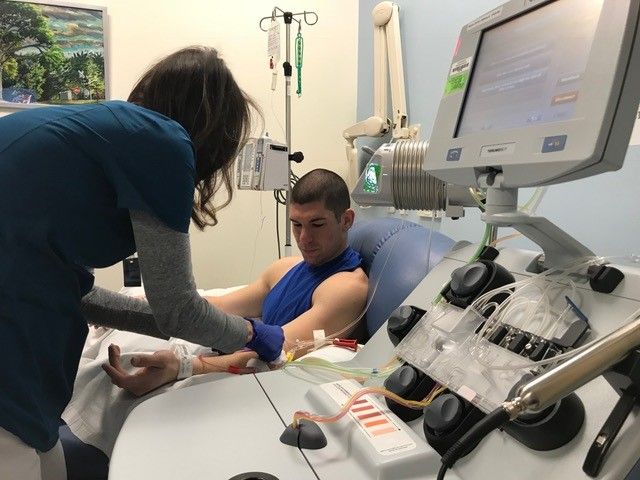 The point of the video diary was to record how I was feeling during the process. There can be some side effects of the treatment, like headaches or backaches, but luckily, my achiness was pretty minimal.

The actual donation is simple and painless for the donor but entails a long day. Often its eight hours of sitting still while blood is removed from one arm passed through a machine that separates the blood-forming cells, and then returned to your body through the other arm. In my case, rather than one eight-hour day, it was done in two five-hour days. It required taking two full days off of work but of course, my boss was very supportive.  It was a little tedious – let’s say I caught up on my TV watching over those days!

Due to privacy regulations, I don’t have a lot of information about the recipient except that he’s a 70-year-old man battling leukemia. Be the Match will provide an update about his condition nine months after the donation and I look forward to hearing that he’s getting healthier. In the meantime, they tell me no news is good news.

If you’re interested in getting involved by getting on the registry or making a donation, you can learn more on the Be the Match website. It’s such a great feeling to know you’re potentially saving a life.

About the writer:
Chris Westenhiser joined HPE Financial Services in June 2015 as a Credit Analyst. By analyzing the financial statements of potential clients in the public sector segment, Chris helps grow the company’s business while balancing its risk. In 2015 he was awarded the HPEFS “New Hire of the Year” award.

Stay connected to Chris via LinkedIn and if interested in exploring career opportunities at HPE visit www.careers.hpe.com