IEEE appoints Kirk Bresniker to their Industrial Advisory Board 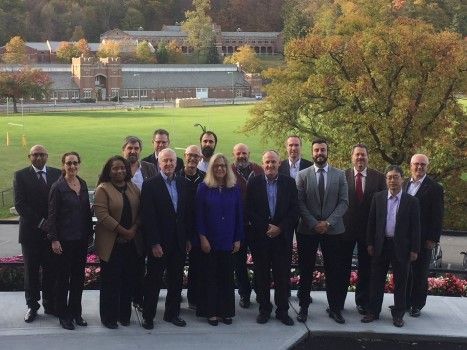 The board was formed last year, when another Labs researcher, Dejan Milojicic, was the chair of IEEE Industry Engagement Ad Hoc Committee.

The advisory board first met in October of 2017 at the US Military Academy in West Point, New York. This month a group of four members, including Bresniker, met with the IEEE Board of Directors for a “Brain Fuel” panel discussion.

The goal of the advisory board, says Bresniker, is “to talk directly to the IEEE leadership on how they could re-connect and better serve industry as opposed to the primarily academic leaning membership they have evolved into.”

The big question, according to Bresniker, is how does the IEEE make itself more relevant to industry?

“What does it mean to be an engineer these days?” he asks. The academic world has a more homogenous and constant path. But with the changes in the last several decades to high tech industries from consumer electronics to hardware to power companies, that stability, which he says has characterized his career, is not something young engineers can count on. Now, the “gig economy” has made a career-long tenure at a single company a rarity and freelancing is far from unusual.

Perhaps, suggests Bresniker, the IEEE can provide those young engineers with a stable through-line as they navigate their careers. Perhaps the organization can be what HPE was to him and what the university is for those on the academic track.

The next year should provide the opportunity to test this hypothesis, and to do so among peers who range from power grid engineers to the creators of 3D graphics engines to those who develop new electronic guidance systems for airplanes.

The next meeting of the International Advisory Board is scheduled for this fall at the HPE Executive Briefing Center in Palo Alto.

For more on Labs’ contributions to IEEE, read this post on IEEE’s Rebooting Computing Conference and this one on IEEE Computer Society’s 2018 list of top 10 technology trends.