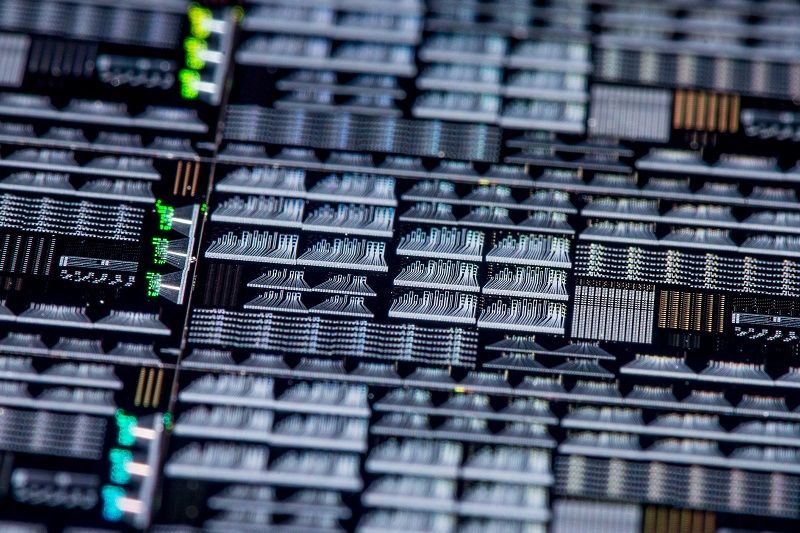 The article “Tiny PICs Have Huge Impact on Optical Wafer Testing” says, “With 5G networking rolling out and high-speed data centers moving data at unprecedented speeds, it is imperative that the foundation of the network be solid. This starts at the wafer level and relies on accurate, fast, and scalable automated testing for photonic components. EXFO, HPE, and MPI have collaborated to help meet that need by delivering an integrated optical wafer testing solution specifically designed for photonics.”

“We have been developing some internal technology called silicon photonics,” says Seyedi. “We use traditional silicon to encode electrical data in the optical domain and create optical interconnects. These interconnects are lower power, longer reach, and higher bandwidth compared to conventional technology.”

There’s no doubt that silicon photonics delivers considerable technical and business benefits, but how can the technology become more accessible and widely adopted? Seyedi believes a healthy ecosystem is essential.

Building the Ideal Ecosystem for Silicon Photonics
A silicon photonics solution cannot be one-size-fits-all for an entire market, but instead should be a right-size solution for each organization that uses it. What’s needed to make that happen is a thriving ecosystem.

“Traditionally, the photonics market has been vertically integrated. So, how do you make it right-size?” Seyedi says. “One of the ways is to break up the vertical business model and come up with an ecosystem.”

“The cloud isn't going to run everything because of its lack of modularity,” Seyedi says. “So, we're following that same mentality towards technology and customers because it's an open ecosystem. We own this part and another company owns that part, so customers are free to pick and choose which technology to use.”

It’s clear that having a healthier ecosystem leads to healthier bottom lines for organizations. Seyedi offers this example: “If I'm talking to a bank who's an enterprise customer and they say ‘We want to update one thousand servers to be next-gen. And we need this much compute, memory, and bandwidth to do the things that we need to do.’ We take those specs internally and we have fine granularity to right-size the solution. It's an overall lower cost to the customer and a higher efficiency use of the stuff that they bought because they don't have to pay for extra memory that they don't need.”

Creating Better Business Outcomes, Now and in the Future
With a healthy silicon photonics ecosystem of hardware, software, and services, leaders can help their organizations move to a more flexible and affordable model for sustainable, long-term growth and innovation.

“By right-sizing a solution, I can afford to do the things I need to do to enable the outcomes that I want.” Seyedi says. “CIOs and CTOs want to know what business outcomes they can get — and usually it’s faster, cheaper, and more efficient. They choose whatever they need, and we give them the flexibility to do that. This strategy trickles all the way down to our software or services playing with the hardware.”

Seyedi is excited about the future of silicon photonics and the ecosystem that HPE is building to support it. “The cross-industry collaboration is quite nice because we’re finding win-win solutions — and we ultimately drive a better solution to the end user,” Seyedi says. “We’re at a precipice right now where nobody's done it. The industry needs it and we're seeing traction with partners. And so, we're moving forward with growing this ecosystem.” 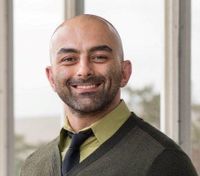 About Ashkan Seyedi
Ashkan Seyedi is a senior research scientist for Hewlett Packard Labs. Ashkan received a dual bachelor’s degree in electrical and computer engineering from the University of Missouri-Columbia. He earned his Ph.D. from the University of Southern California working on photonic crystal devices, high-speed nanowire photodetectors, efficient white LEDs, and solar cells. Since 2014 at HPE, he has worked on developing high-bandwidth, efficient optical interconnects for exascale and high-performance computing applications.