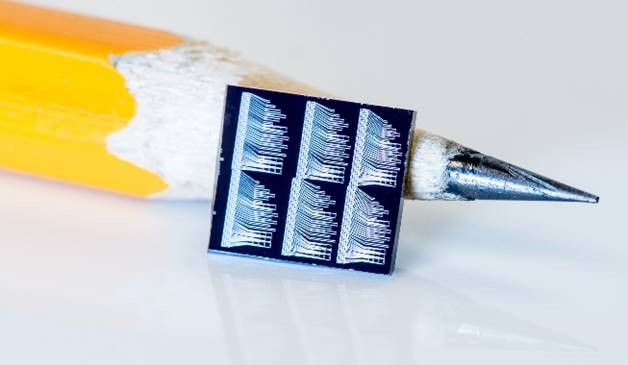 Two papers, one on optical computing and another on silicon photonics, have been accepted for publication in IEEE JSTQE.

This paper is part of a special issue of IEEE JSTQE on photonics for deep learning and neural computing.

From the abstract. We propose an integrated photonic circuit that acts as an optical coherent Ising machine and simulates its performance on the basis of some example problems. In contrast to previous all-optical approaches, the proposed integrated Ising machine does not require an optical parametric oscillator and can, hence, operate at a single wavelength, reducing the overall design complexity. We present a symmetric nonlinear photonic device as the fundamental building block that can use self-phase modulation in two microring resonators to emulate a continuously tunable, symmetrically bistable Ising node. We derive and verify using numerical simulation the key properties of the single Ising node device and the full Ising machine circuit. We estimate the full Ising machine's tolerance to realistic fabrication errors on the basis of randomly sampled example problems, and we discuss which technologies are required to obtain large-scale systems.

For more information on this topic, consult this Next Next article, "Light."

Silicon photonics. "Energy Efficiency Analysis of Comb Source Carrier-injection Ring-based Silicon Photonic Link" is a link-level analysis that estimates the energy-efficiency of HPE labs’ silicon photonics transceiver link. This paper was a result of Lab's collaboration with Keren Bergman’s group in Columbia University and is part of the silicon photonics special issue of IEEE JSTQE.

From the abstract. Current electronic interconnections in high performance computing (HPC) systems are reaching their limit in supporting high data traffic demands. Dense wavelength-division multiplexed (DWDM) links have gained interest as they can potentially alleviate these interconnect bandwidth demands while also lowering the cost and energy consumption compared to traditional electronic links. In this paper we present an analysis of a ring-based DWDM silicon photonic (SiP) link architecture with a comb laser source and p-i-n photodetectors. Specifically, we consider microring resonators (MRRs) with narrow bus waveguides and carrier-injection ring modulators. We propose a new method to select the optimal comb source setting to minimize the laser power consumption at a particular data rate. Additionally, we leverage power penalty models supported by measurements to estimate the effective received optical power at the receiver input of each of the DWDM channels which yields a bit error rate (BER) of 10 $^{-12}$ or lower. We show that the analyzed comb source has the lowest power consumption per channel for 24 consecutive lines. For these comb settings, the maximum channel data rate of non-return to zero on-off keying (NRZ-OOK) signals is 22 Gbps, and the minimum energy consumption is 3.28 pJ/bit