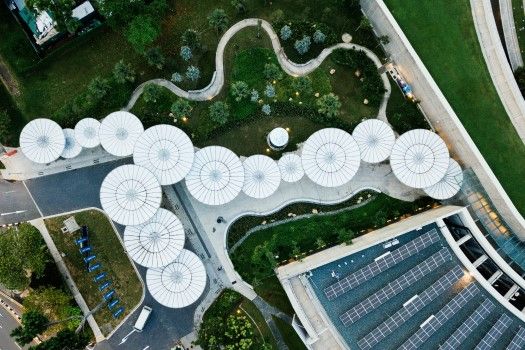 Elizabeth Liri, an intern in the Networking, IoT, and Mobility lab, has won Best in Class (Technical) for her poster, “SEMA: Smart Energy Management for IoT Application,” at the 2018 HPE Summer Intern Faire. She competed with about 50 Bay Area interns. Globally, about 390 interns pitch their ideas to groups of experts each year across the company.

The poster outlines a new adaptive, real-time power management process for IoT use.

While good work by smart young things is par for the course among the company’s interns, Liri distinguished herself by helping to develop a power management process that will covered by an invention disclosure for the process as a whole, with its strategy and algorithms. SEMA is promising enough that Liri believes it could be developed deployed as a software module  in any of the Internet of Things (IoT) devices used in HPE’s Intelligent Edge or Edge to Core Solutions.

Liri is a computer science graduate student at University of California at Riverside and will be graduating with her PhD in 2021. Working under principal design engineer Geoff Lyon, she focused on researching methods to bring energy awareness to IoT applications.

“My focus was, first, on providing applications running on IoT devices with relevant energy information,” says Liri. “This is to enable them make more intelligent decisions about which functionality an app should use given its goals and energy information. Secondly, I wanted to enable them to dynamically keep track of the impact of the applications’ decisions on the IoT energy.”

Liri intends to continue to pursue her long-standing interest in real-world solutions for IoT deployment.

“My experience at HPE has been so amazing that I tend to look at industry now for my future,” she says. “There is a lot of cutting edge work being done here and the leadership team and culture at HPE inspires excellence.”

“Ms. Liri has made great progress during her time with our team, making the award richly deserved” says Lyon. “Her background in telecommunications and networking, combined with her software and hardware development skills makes Elizabeth well-matched to confront systems based issues in IoT and Edge Computing, with solutions such as SEMA”.

“The Best in Class competition is part of our effort to foster an all-round experience for our interns,“ says Puneet Sharma who heads the Networked Systems Group. Interns from the Networking, IoT and Mobility lab have won the award two years in a row. “

They come, they innovate, they conquer.”

Photo by chuttersnap on Unsplash

Elisabeth (Betsy) is my niece and has been best in class all her life from her primary schools in Zambia, back home in high school and university in Uganda. All she needs is an opportunity and she delivers, practical innovations for everyday living, in spades! We are proud of you!