Making a difference miles away from home for a great cause: AIDS/LifeCycle 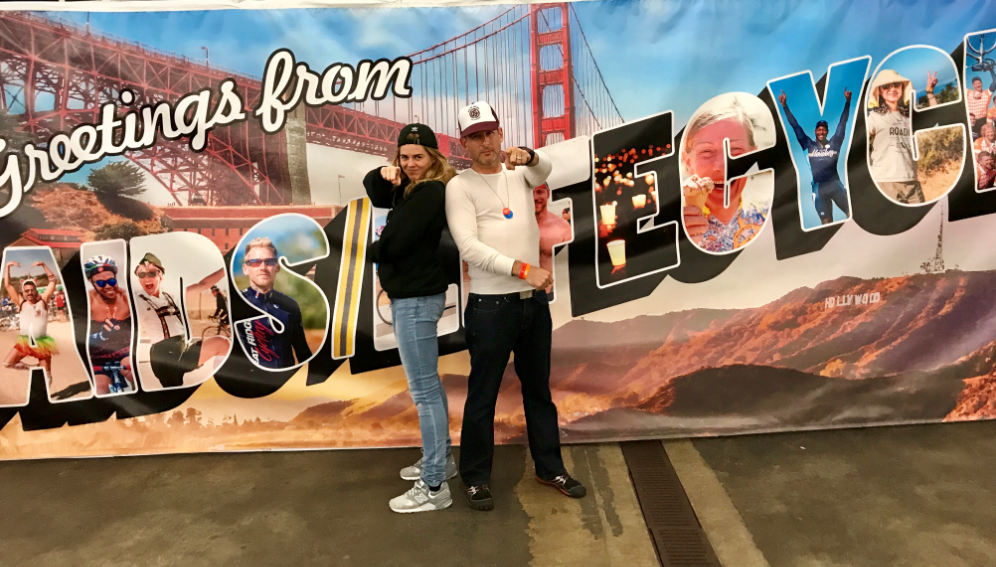 Charlotte's journey started on Saturday the 3rd of June, at the Cow Palace, San Francisco

For the 2nd year in a row, Charlotte participated in AIDS LifeCycle (ALC).  ALC is a seven day cycling 545 mile tour through California starting in San Francisco and ending in Los Angeles.

Last year was my first ride. I found out about the AIDS/LifeCycle tour while living in Barcelona from an American man preparing for his journey.   Inspired by his trek, I decided to sign up and raise money for this cause.

The first year, I transported my bike from Europe to California for the ride.  It was my first time in the US – first time in California.  After a couple of days on the tour, I understood the term, “love bubble”.   I was living in a safe – loving environment with the LifeCycle community. Meeting riders – listening to their story. Their motivation, determination, why they kept on coming back every year (for some of them for more than 20 years). When I crossed the finish line last year, I stayed for a week in California (LA and SF). I cancelled reservations for the hotels I pre-booked and I stayed at people’s houses that I met during the ride. I made friends. I came back a couple of times to California during the year and decided to do the ride another time.

This year, over 2200+ riders, 681 roadies. I lived the ride in a slightly different way. I was surrounded by friends and didn’t transport my own bike.

I’m thinking about Eric, who raised over $18,000 this year.  Met his wife, Maggie, who is working for the San Francisco AIDS Foundation.

I’m thinking about Carolyn, a 66 years old lady, member of the board of the Los Angeles LGBT center, rider and her wife, Hope – her personal roadie.

I’m thinking about Emmanuel, roadie at the gear and tent – the ones who nicely load (from 5 am) and unload our bags every day.

Here are some pictures from the ride:

From a stop in Bradley, CA where we raise 58K, to a fun "Red Dress" day, follow by the goal achieved at Fairfax High School in LA with the miles completed - Next year we are hoping for more HPE employees to join - YOU CAN DO IT!

Every night at camp, Lorri Jean (CEO of the LA LGBT Center) and Joe Hollendoner (CEO of the SF Aids Foundation) gave a speech.  One night, Greg Sroda, the previous CEO of the ride talked. He said he started doing the ride 20 years ago, when he was 24. When he started, it was considered as something cool to do.

He now feels that the ride is part of him and he is giving as much as he receives from the community. As we say: “you belong here”. At that moment, I felt gratitude to be surrounded by people like him. 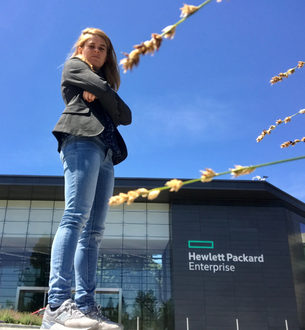 About the author
Charlotte Martin joined Hewlett Packard Enterprise in 2015 as an Account Manager and now holds the role of Territory Manager. With a fantastic ability for languages, Charlotte speaks fluent French, Spanish and English. Her determined personality has made her push her boundaries to become a high level triathlonist and her big heart to become part of an amazing cause: AIDS LifeCycle.

Stay connected with Charlotte on LinkedIn and to learn more about Career opportunities at HPE, check out our web site and join today!