Not all heroes have capes 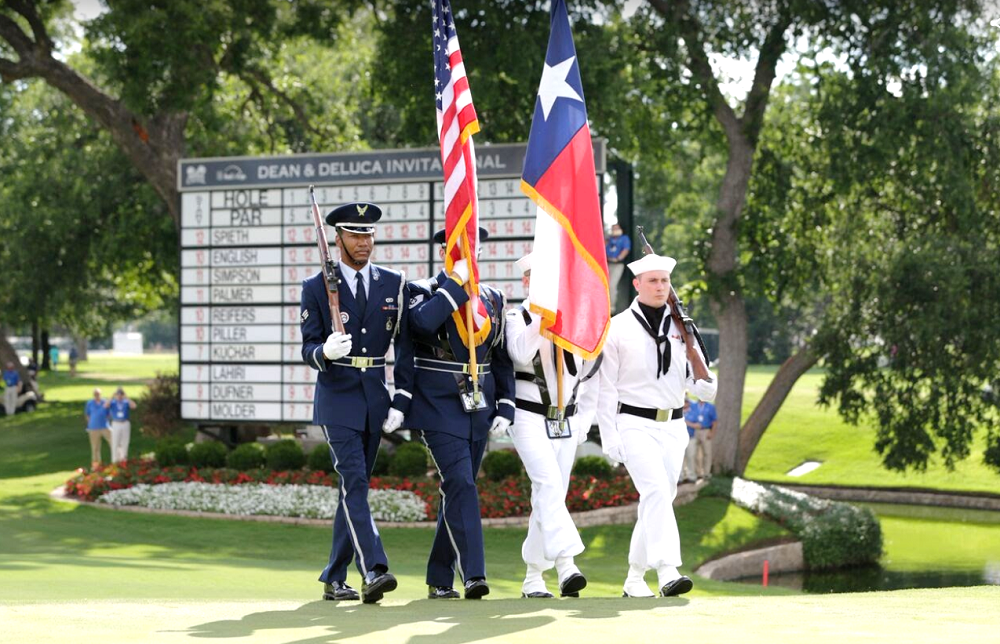 Patrick Broadway, while serving in the Honor Guard

When a member of our Armed Forces dies, a U.S flag is given to their family.  The flag as a symbol of appreciation for the honorable and faithful service of the veteran. When Dee Taylor, HPE Federal Inside Sales District Manager heard of the death of a Sailor it broke her heart.

Dee served in the U.S. Navy and one her positions was as a recruiter. When she learned she recruited this Sailor into the U.S. Navy it hit home.  Dee later discovered that the parents of the fallen Sailor had not received the flag at the deceased Veteran’s funeral.  This was unacceptable.  Dee jumped into action to make sure this wrong could be corrected.

Expeditiously, Dee was successful in attaining a U.S. flag to present to the fallen sailor's parents, however, she needed to provide the proper ceremony of honors when presenting the flag to them.  She engaged fellow North Texas Veteran Employee Resource Network members, David Serna, and Patrick Broadway. 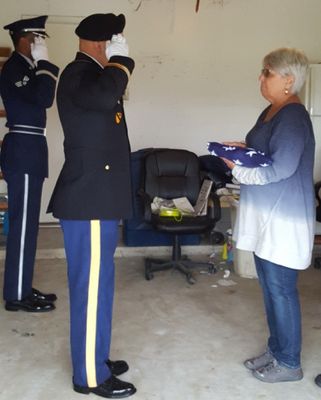 Both David and Patrick had experience as honor guards.  As an honor guard, they had performed the ceremony that includes the folding and presenting of the flag of the United States to the parents to receive for their son.

As sheets of rain saturated their uniforms, the mother and father of the fallen veteran became speechless as two guards of honor stood outside the home ready to perform the ceremony.

Saluting the Flag for the honorable service of Steven Lamonica.

On Behalf of the President

Facing the mother and reciting the standardized wording, David presents the folded flag to the parents of Steven Lamonica. 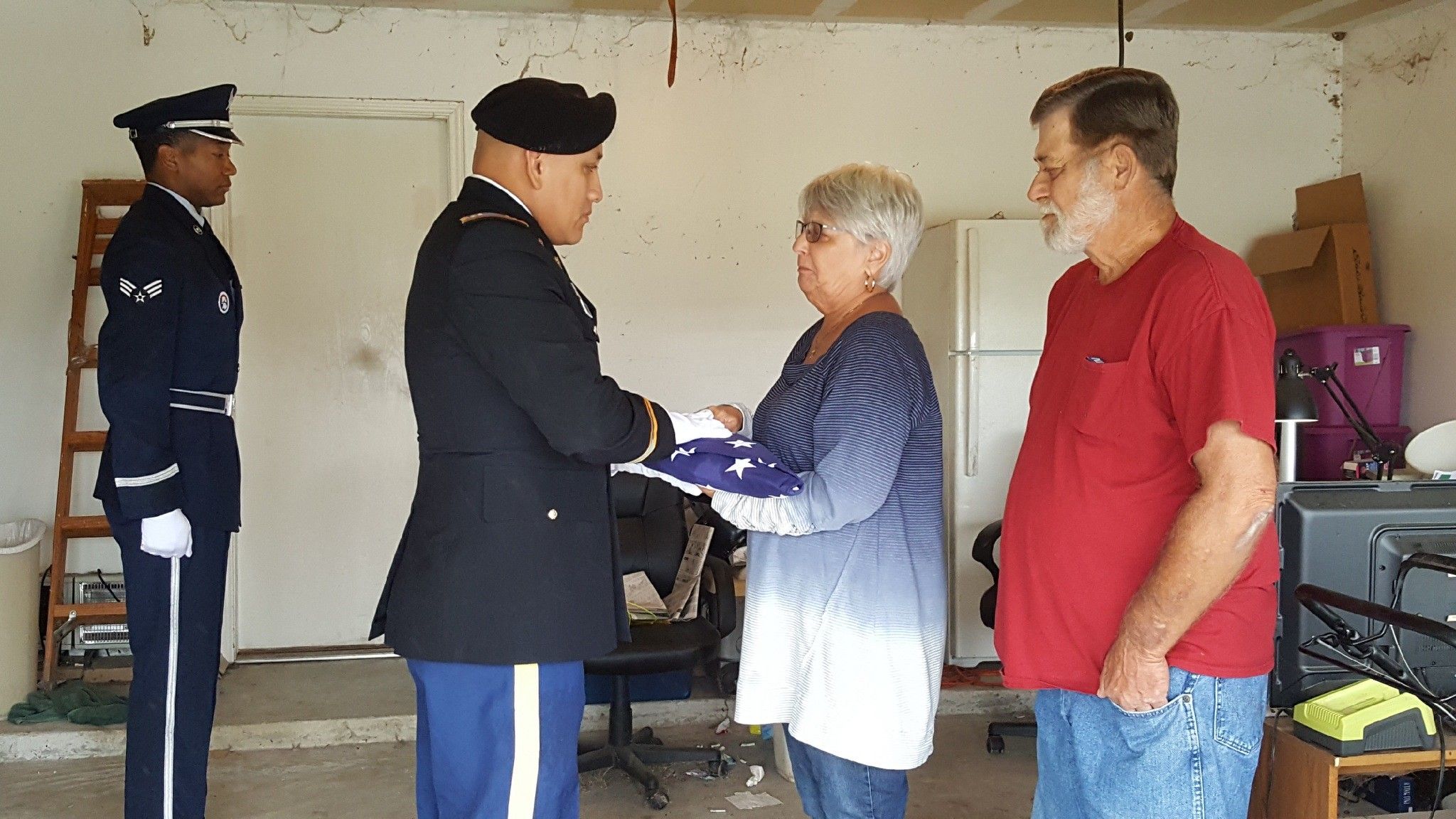 Presenting the flag on behalf of the US President

Paying Honor with Respect and Dignity

Honoring those who served is not easy, however making sure it’s done with the highest respect and dignity is vital

More Than is Required

With faith, discipline and selfless devotion to duty, there is nothing worthwhile that you cannot concur.

We salute both David Serna and Patrick Broadway for their selfless act and is an example of service before self – standing by the HPE core values. 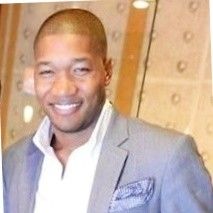 Patrick Broadway is an Inside Sales Account Manager at Hewlett Packard EnterprisePatrick Broadway is the co-lead of the Hewlett Packard Enterprise (HPE) North Texas Veteran Employee Resource Network (VERN) and a member of our inside sales organization.  Patrick was the born in Dallas, Texas.  He was the first member of his family to enlist in the military.  He was inspired to join the Air Force after seeing what the world went through after the attacks on 9/11.  He enlisted as a firefighter/paramedic and was quickly promoted within the ranks to a Staff Seargent.  Patrick aided in the recovery efforts from the devastation caused by the 2013 Moore Oklahoma F5 tornado.  While in the Air Force, he served with the 301st Fighter Wing Honor Guard.  While in the Honor Guard, he was able to serve the fallen and give back to his community. Patrick served in Texas, Guam, Germany, and Oklahoma.  His deployments included Operation Iraqi Freedom.

Stay connected to Patrick via Linkedin and if you are interested in learning more about HPE Veterans Program click here.