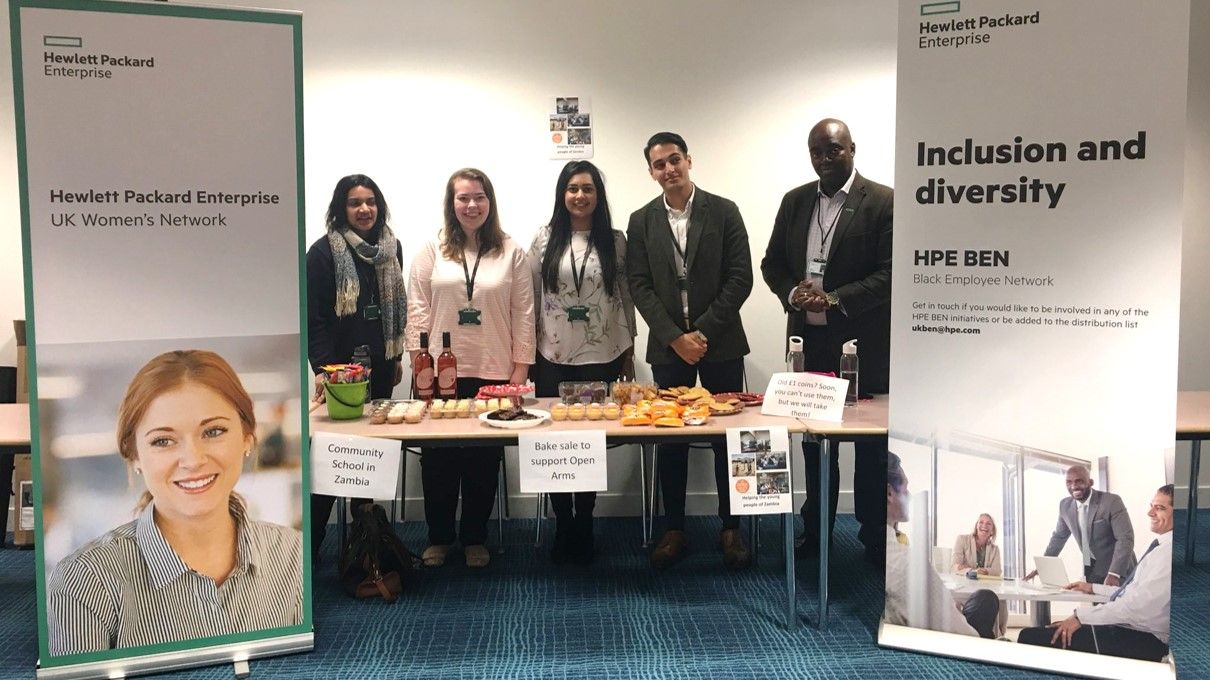 Annually Hewlett Packard Enterprise (HPE) celebrates Black History Month with a global webcast and recognizing leaders from our Black Employee Network (BEN).  This year our celebration was at our corporate headquarters in Palo Alto, California on Wednesday , February 28th.  At our celebration, Paul Morrison, was recognized with the annual Black Employee Network (BEN) Legacy Award.

Paul is based out of our London office.  He is the HPE Education Sector Strategic Engagement Lead.  In his current capacity, he is responsible for developing strategy and providing support to the UK Education sector.  He makes a difference throughout the world through his work which includes leadership roles in our Black Employee Network, volunteering in the local community and driving global programs to increase education levels and eradicate poverty globally.

He manages a broad spectrum of programs and initiatives which support our corporate Inclusion, Diversity & Engagement strategy and drive business results.  For over two years, he has been a leader of the HPE Black Employee Network (BEN)  and in 2017 he was awarded the HPE Shining Star Global Recognition award for his involvement in corporate social responsibility , mentoring , charity and educational initiatives.  He received this award at our 2017 Global Black History Month Celebration in the presence of our guest speaker last year, Reverend Jesse Jackson. 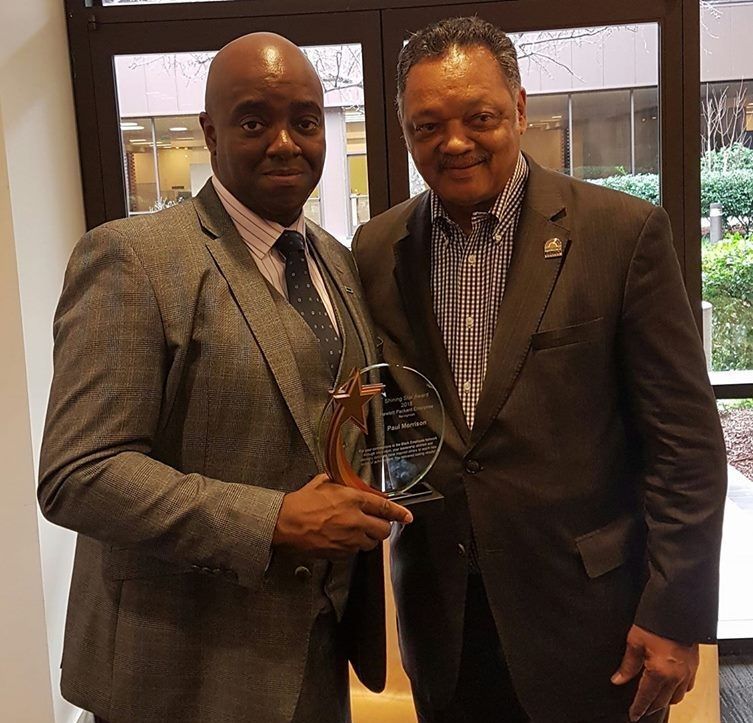 2017 was an exciting year for Paul.  In addition to receiving the HPE Shining Star award, he was named a finalist for the Black British Business Awards as well as nominated for the National Diversity Awards.

Over the past 25 years, Paul has been a passionate supporter and champion of young people.  During this time, he has actively volunteered and held several senior leadership roles in support of community causes.  He genuinely cares about the well-being and development of young people and endeavors to provide them ongoing mentoring as well as to support underachieving students in the community.

Paul leads the HPE BEN initiative to raise funds for charities including, Bright Tomorrows.  Bright Tomorrows supports the Manjeru Primary Shool appeal.  The funds raised are used much needed basic resources for the children attending the school in  Zimbabwe's poorest township,  Masvingo Province, as well as for the renovation of the Open Arms Community School in Zambia where classrooms were initially used as a piggery.

Paul's hobbies and interests encompass various youth initiatives and mentoring programs.  He is an authentic and charismatic public speaker who gives inspirational speeches at various engagements which empower the audience to achieve their full potential. 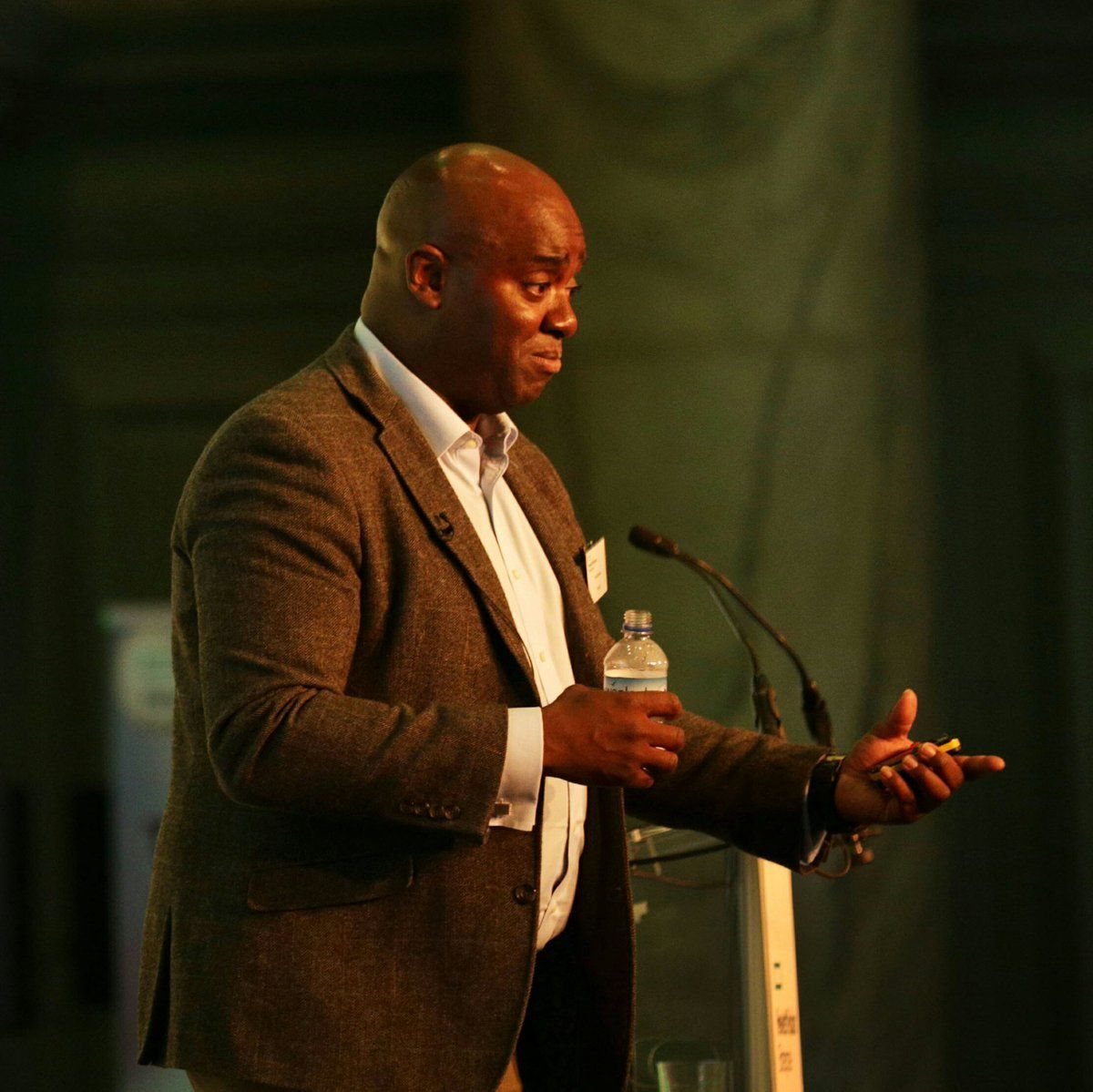 Paul Morrison presenting at a conference

One of Paul's favorite quotes is, "If you're not making mistakes, you're not taking enough risks". 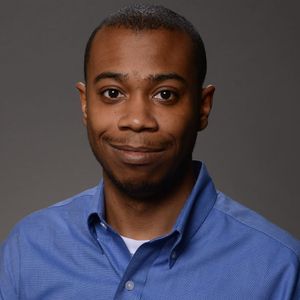 HPE Black Employee Network (BEN) Leader, John Gillum
John Gillum hails from Grand Junction, Tennessee. He earned a Bachelor’s degree in Engineering at The University of Memphis and is currently working toward a Master’s degree in Business Administration at the University of Texas at Rio Grande Valley.  He moved to Texas in 2012 and made Artesia his home in 2013.

He is currently employed as a Technical Solutions Consultant III at Hewlett Packard Enterprise in Plano, Texas. He has been employed with HPE since 2010. Outside of  his work activities, he is a very active volunteer in the DFW community. He currently serves as a board member at Justin F. Kimball High School Academy of Engineering (AOE) in Dallas, Texas, which works in conjunction with the National Academy Foundation.  He works together, with other board members, to influence the AOE work based learning opportunities, fundraising, and curriculum for the school.

Learn more about our Culture and Career Opportunities at HPE and join us today!