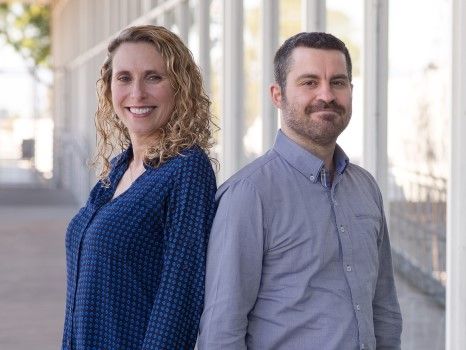 Because Hewlett Packard Labs is a research laboratory, innovations tend to issue from it at a higher rate than from your average company. But it is really our researchers that make that possible. The work they’ve done doesn’t just attract attention, it stands the test of time.

Two more researchers, distinguished technologist Kimberly Keeton and senior researcher Haris Volos, have been recognized not just for the novelty of their thinking and research, but for how enduring and influential that research has been.

During the week of March 12 at the Non-Volatile Memory Workshop in San Diego, Volos is being awarded the 2018 NVMW Persistent Impact Prize.

The award honors his ASPLOS 2011 paper, “Mnemosyne: Lightweight Persistent Memory,” which formed the basis for his PhD thesis at the University of Wisconsin–Madison and was co-authored with Andres Jaan Tack and Michael M. Smith.

Volos’s paper, according to the award committee, is being recognized for “its contributions to the foundations of programming with non-volatile main memory. It was among the first to identify the need to address persistent memory as part of the programming model; propose lightweight transactions to support persistence; and handle consistency under failure.  The problems it described and the solutions it proposed have influenced the design of most (if not all) of systems that followed it.”

According to Cullen Bash, VP Systems Architecture Lab, and Volos’s and Keeton’s supervisor, “Haris's pioneering dissertation work on Mnemosyne was one of the first approaches proposed for programming persistent memory. Its influence has been significant as it provided the groundwork for nearly all of the persistent memory systems that have followed. His deep understanding of and experience with persistent memory systems has greatly informed our work on The Machine program and strongly contributes to our current efforts on Memory-Driven Computing.”

Keeton agrees. “It’s really fitting that Haris is being honored for his groundbreaking work.”

In February, Kimberly Keeton was honored with the USENIX FAST (File and Storage Technologies) 2018 Test of Time Award.

Her 2004 paper, Designing for Disasters – which she co-authored with Cipriano Santos, Dirk Beyer, Jeffrey Chase, and John Wilkes – showed how to automate the design of dependable enterprise storage systems that mitigate the effects of storage and data center failures. Rather than manually designing these solutions, which can result in costly over-provisioned systems, or under-provisioned systems that experience downtime and data loss after a disaster, their automated design tool treats the question as an optimization problem, allowing it to find the best alternative for the business requirements.

“It’s wonderful to hear the committee say that what you did affects how the community thinks about the problem,” says Keeton, “and to find out that people keep this paper on their desk and teach it in the their class.”

Keeton’s paper, according to Bash, was very forward-looking.

“As systems have become more complex, researchers and practitioners have recognized that they need a more principled and, where possible, automated way to make design and configuration decisions,” Bash says. “Kim and her co-authors recognized the need for automation in system design nearly 15 years ago. They proposed a novel solution, which applied formal optimization methods to solving the design and configuration problem. Nowadays it's not uncommon to apply techniques from other fields (optimization, control theory, machine learning) to solve systems problems. This paper, published in 2004, was an early example of that interdisciplinary approach – one that we’ve since applied to numerous projects at Labs.”

According to Keeton, the intriguing part of what she and Volos do is “trying to understand technology and usage trends and anticipate the challenges and opportunities they present.” When they are successful, as these awards indicate they have been, they may outline solutions to problems that users and customers are only on the cusp of recognizing as problems.