Here’s how the new HPE Apollo 6500 Gen10 Plus System is able to deliver superior performance at scale with faster, more reliable processing power—and help you crush your HPC and AI workloads. 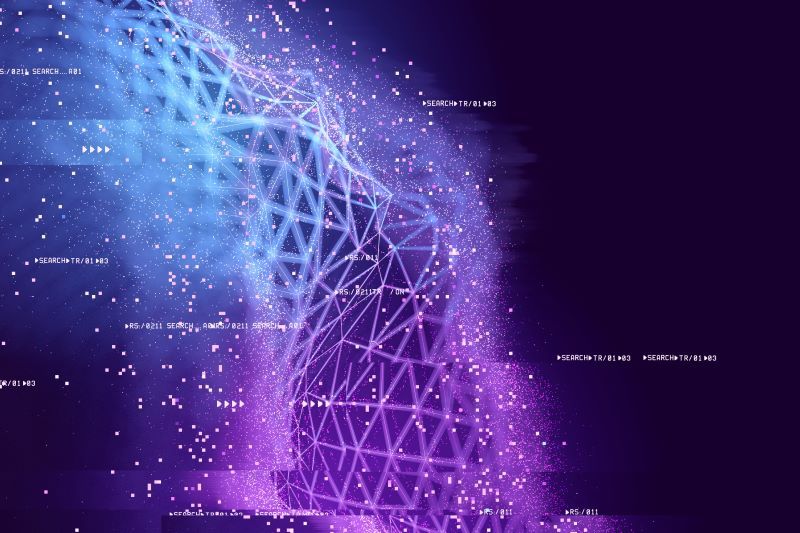 And they’re off! The HPE Apollo 6500 Gen10 Plus System is available and ready to help you revolutionize your use of HPC and AI.

Revolutionize? That’s a big promise. But here are the facts to back it up.

To optimize your most demanding HPC and AI workloads, you need accelerated computing. This technology provides superior performance at scale with faster, more reliable processing power.

And here’s where the HPE Apollo 6500 Gen10 Plus System comes in. It’s the next generation of the HPE Apollo accelerated computing portfolio with more flexibility, density, and agility to fuel a broad range of HPC and AI applications.

The HPE Apollo 6500 Gen10 Plus System is purpose-built to deliver immense value:

Starting with the GPU technology, NVIDIA A100 GPUs ensure low latency at high throughput to enhance these powerful accelerated computing solutions. With third-generation Tensor Cores, the NVIDIA A100 can efficiently scale up to thousands of GPUs, or, with NVIDIA Multi-Instance GPU (MIG) technology, can be divided into seven isolated GPU instances to accelerate diverse workloads. The NVIDIA A100 offers vast improvements in Tensor Core and double-precision work, breaking numerous AI performance records and delivering up to 4.2x faster processing speeds than previous generations.

Each A100 GPU is available in 40 GB or 80 GB configurations (80 GB available starting in February), so HPE customers can tailor deployments to fit their specific requirements. Businesses can achieve extraordinary performance with standard 40 GB—the original A100 GPU configuration—as well as 80 GB of memory. A100 40 GB (HBM) is a highly cost-efficient option for mainstream AI.  A100 80 GB (HBM2e) has doubled the high-bandwidth memory of these powerhouse accelerators while increasing GPU memory bandwidth by 30% faster. A100 80 GB delivers the world’s fastest memory bandwidth at over 2 TB/s, making it the ideal choice for use cases that require large, memory intensive datasets or models.

Instead of deploying two 40 GB GPUs to complete a memory-limited complex job, businesses can implement a single larger GPU to drive critical efficiencies. Reducing the number of A100 GPUs in a system or cluster decreases latency and provides dramatic increases in performance. According to projections based on A100 40 GB measurements, HPE estimates that a single A100 80 GB node will speed up recommender training by up to 3x compared to two A100 40 GB nodes. Additionally, the A100 80 GB is expected to deliver the same level of performance to execute data analytics workloads with half the GPU. 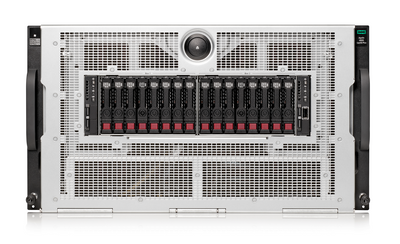 The HPE Apollo 6500 Gen10 Plus System maximizes GPU utilization with up to 16 PCIe GPUs per server or 4 and 8 NVIDIA NVLink GPUs to rapidly capture, analyze, and operationalize intelligence, regardless of the HPC and AI workload requirements. NVIDIA NVLink establishes a seamless connection between GPUs, so they can work together as a single robust accelerator. NVLink interconnects provide dedicated communication which enables memory to migrate from GPU to GPU. A single A100 supports up to 12 NVLink connections for a total bandwidth of 600 gigabytes per second.

2nd Gen AMD EPYC™ processors offer tremendous bandwidth and a high core count to continuously feed data-hungry GPUs. These high-frequency processors integrated with NIVIDIA Mellanox HDR InfiniBand add up to 200 Gb/s of bandwidth for every two GPUs, so even businesses operating at the cluster level can communicate at twice the speed. HPE’s first optimized 4 GPU server (available end of January), which delivers better price performance than ever for HPC. Also, with a refreshed 8 GPU offering with 2P AMD (available immediately), enterprises can harness up to 16 PCIe GPUs, more than twice than HPE has supported in the past.

In addition, the HPE Apollo 6500 Gen10 Plus System offers extensive storage options, with up to 16 front-accessible storage devices, SAS/SATA solid-state drives, and up to 6 NVMe drives to access data faster while consuming less power. HPE has plans to roll out new solutions through Q1 2021 which will feature a staggering 16 NVMe drives for almost 6x greater bandwidth. Now, HPE customers can harness the robust power, frequency, and processing capacity of accelerated computing to drastically reduce time-to-insight.

Accelerate innovation with a trusted partner

The fun doesn’t begin and end with processing speeds. HPE provides total flexibility that other vendors on the market cannot, equipping customers with end-to-end solutions that are thoroughly tested, secured, and backed by a variety of financial and professional services.

The HPE Silicon Root of Trust secures our Gen10 portfolio in firmware protection, malware detection, and firmware recovery down to the silicon. This technology ensures that our servers will never boot with compromised firmware, making them “The World’s Most Secure Industry Standard Servers.” HPE iLO server management software enables customers to securely configure, monitor, and update HPE systems seamlessly, from anywhere in the world, so customers can operate with confidence.

HPE offers a rich set of Pointnext services to provide customers with the support they need to accelerate innovation. Our areas of expertise include services for hybrid cloud environments, computing at the edge, IT modernization, and AI adoption.

HPE GreenLake also provides a support team to help customers create a roadmap from your needs to your ideal solution. HPE GreenLake is a consumption-based payment model that aligns cash to actual usage. Cloud services deliver business outcomes faster with an as-a-service model, so customers can achieve the cloud experience in just a few clicks, without the cost, risk, and time to move data or refactor applications.

You’ve arrived at the future of HPC and AI. Visit us online to learn how HPE can help you innovate your business.

Greg has been the product management lead for many of the most exciting products from Hewlett Packard Enterprise over the last 20 years. He currently leads the Apollo 6500 product line for HPC and deep learning workloads.