As machine learning and real-world artificial intelligence becomes an increasingly critical part of today’s scientific and business environments, it is, in some ways, catching up with how it has been depicted in sci-fi books and movies — but there’s still a gulf between fact and fiction. 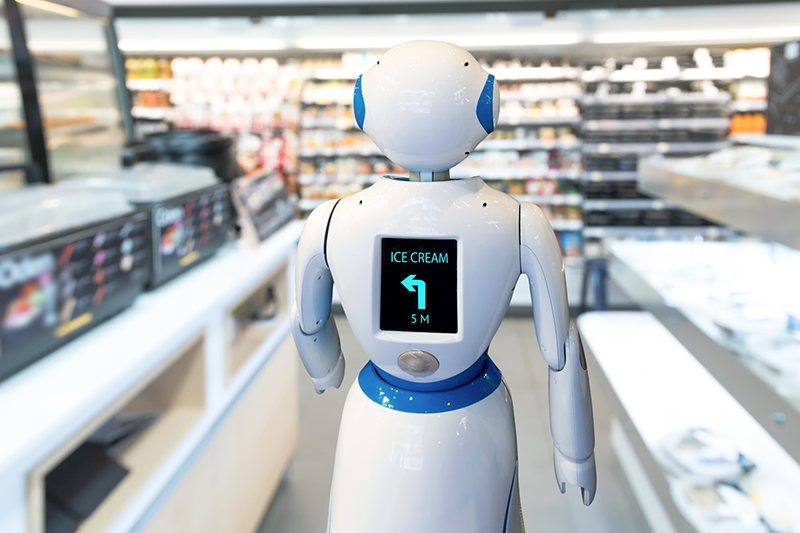 Robots may be the first thing that comes to mind when hearing the term “artificial intelligence,” but humanoid robots are only a small part of today’s AI.

Machines are capable of digesting massive amounts of data, learning how to deal with each piece, and making “decisions” about how to process it.

As machine learning and real-world artificial intelligence becomes an increasingly critical part of today’s scientific and business environments, it is, in some ways, catching up with how it has been depicted in sci-fi books and movies — but there’s still a gulf between fact and fiction.

Beyond robots: Advanced AI in sc-fi

“I’m sorry Dave, I’m afraid I can’t do that.” In Arthur C. Clarke’s 2001: A Space Odyssey, the most frightening outcome of AI happens: a machine intelligence takes control. Shipboard computer HAL 9000 initially functions as a helpful and congenial presence. But after a malfunction triggers plans to disconnect him, he decides to kill the ship’s crew in order to preserve his own existence.

The Terminator movies introduce a similar threat. The Terminator’s Skynet is an advanced, self-aware artificial intelligence. When scientists try to shut it down, it triggers a nuclear holocaust and dispatches an army of terminators into the past in order to preserve its own existence. The terminator technology is self-replicating; they build more of themselves and evolve their own technology — a worst-case AI scenario.

In The Matrix, our whole world is a simulated reality controlled by sentient machines. When Neo takes the red pill, he becomes part of a human rebellion.

Pushing the concept even further, Frank Herbert’s Dune series described the Butlerian Jihad, a rebellion in which smart machines are defeated by humanity and a law is instituted to impose the death penalty on anyone who creates them. The story’s Orange Catholic Bible states: “Thou shalt not make a machine in the likeness of a human mind.”

In science fiction, artificial intelligence runs the gamut from benevolent helper to evil overlord. Authors like Greg Egan and Neal Stephenson explore themes including nanotechnology, self-organizing intelligent systems, and even immortality via transition from human to AI.

Will smart AI take over?

The short answer is no.

Reality is that technological “minds” excel at certain tasks like image recognition and game play, but they aren’t a match for the complexity of the organic human brain. Essentially, they do what they’ve been programmed to do and they do it well, but once the road map for action runs out it’s up to humans to set up the next step.

While machines may appear to be intelligent, that’s the result of complex programming and training. The result is that humans and technology work together without the sinister prospect of an AI takeover.

The internet — and the resulting network of devices referred to as the Internet of Things (IoT) — may control your household temperature, lighting and refrigerator settings, but it doesn’t want to take over the world. Unlike Star Trek’s Data, today’s artificial intelligence isn’t sophisticated enough to feel emotions, even if it can mimic human behavior. There’s no sentient network lurking in the ether and plotting to control mankind.

If you missed it, here's Part 1: Robots.