From HPE and Qumulo: All-NVMe Flash storage for AI and ML file workloads 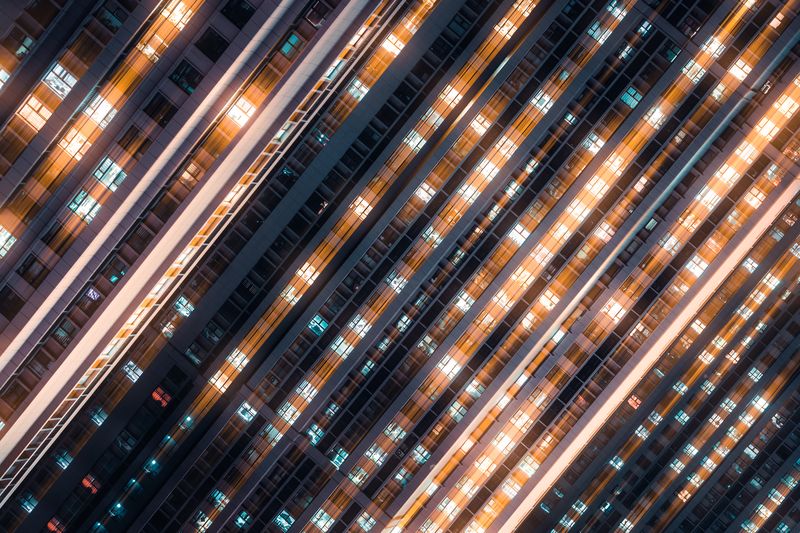 Why AI, ML, and DL are optimal use cases for flash storage

Deep learning (DL) workflows use file size between 64KB and 1MB. To saturate an artificial intelligence (AI) GPU-based server—like the HPE Apollo 6500 system that need at least 20GBs—requires thousands of HDDs. NVMe is the answer for machine learning (ML) and DL workloads because NVMe flash drives can deliver up to 1000x the performance of HDDs and can exceed 5x the performance of the fastest SATA SSDs in AI training scenarios.*

As we have seen in the previous blogs in this data store series, three main dimensions come in to play when selecting a data platform for AI, ML, and DL workloads:

Generally, existing storage systems sacrifice one or more of these dimensions:

With its scale-out, flash-first architecture—and a file data platform purpose-built for massive concurrency across all data types, it delivers on all of these dimensions. Qumulo keeps required configuration and management complexity to a bare minimum. It allows seamless and linear scalability from TBs to PBs all in a single namespace. And lastly, it provides the persistent high performance and concurrency needed to accelerate AI and ML workloads at scale. 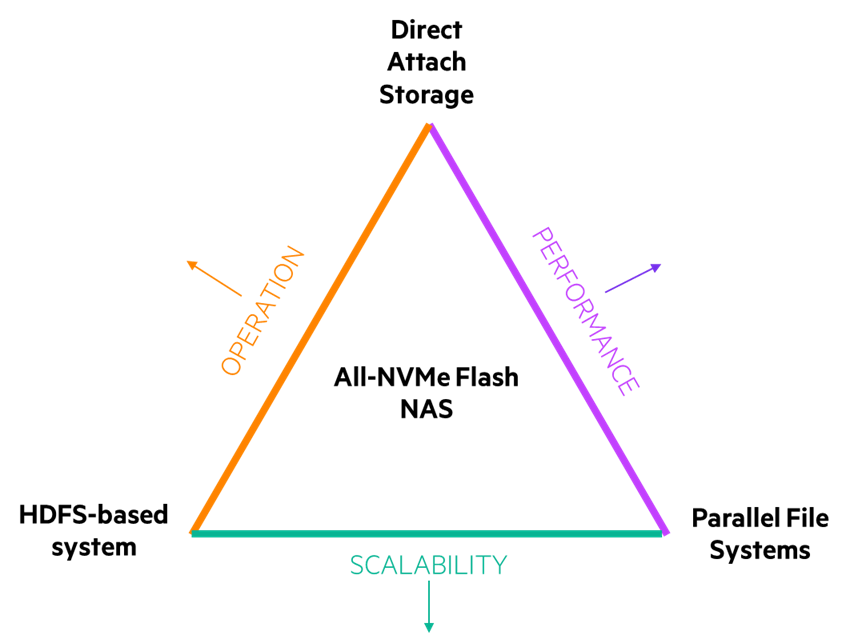 Qumulo’s multi-protocol file data platform makes it easy for organizations to store, manage, and build applications and workflows with data in its native file form on prem and in the cloud—with real-time visibility and total freedom.

Qumulo is more economical than legacy storage with leading performance. The solution provides real-time analytics to help save time and money while increasing performance. Continuous replication allows data to move where it’s needed when it’s needed either on-prem, in the public cloud or in multicloud environments. Built-in data protection provides integrated snapshots and copy to native S3.

Qumulo’s flash-first file data platform has been certified and optimized on the HPE Apollo 4000 systems and the HPE ProLiant DL325 Gen 10 Plus server family, to deliver an extremely cost-effective, at petabyte scale, and high-performance solution designed for AI-centric workloads.

Here is a high-level architecture diagram of the Qumulo file data platform.. 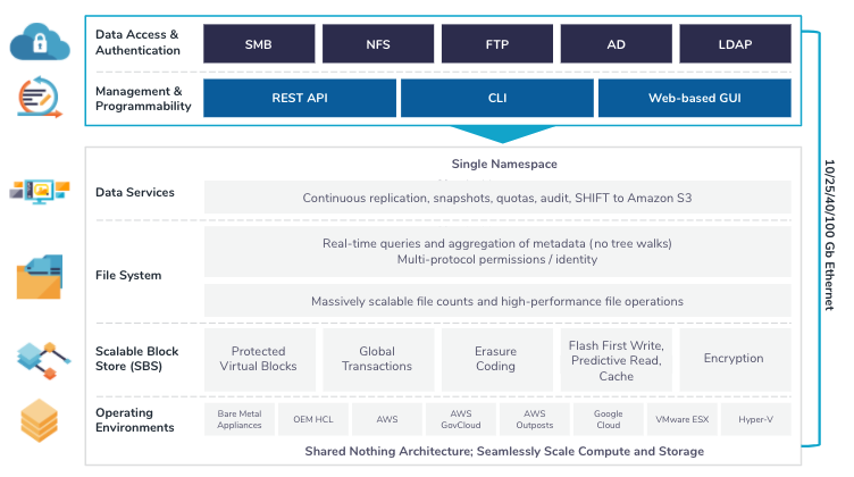 The Qumulo file data platform includes powerful real-time analytics for insight into data usage and performance, data security with software-based encryption, and data protection with data services such as continuous replication and snapshots. It also simplified the management of massive amounts of unstructured data. The Qumulo file data platform is designed for scale and can scale on demand with ease.

Data stored in a Qumulo file data platform system can be viewed both in its current form and in previous versions via snapshots. These snapshots use a unique write-out-of-place methodology that only consumes space when changes occur. Snapshots policies can also be linked with replication policies. This enables snapshots to be replicated to a second Qumulo file data platform and enables frequent snapshots to be kept on one Qumulo and less frequent snapshots on another, which is a common enterprise data loss and ransomware protection strategy.

Quotas enable users to control the growth of any subset of a Qumulo namespace. Quotas act as independent limits on the size of any directory, preventing data growth when the capacity limit is reached.

Scalable block storage (SBS) is the foundation of the Qumulo file data platform. The SBS leverages these core technologies to enable scale, portability, protection, and performance: a virtualized block system, erasure coding, a global transaction system, and an intelligent cache

The storage capacity of a Qumulo system is conceptually organized into a single, protected virtual address space. Each protected address within that space stores a 4K block of bytes. Each of those “blocks” is protected using an erasure coding scheme to ensure redundancy in the face of storage device failure. The entire file system is stored within the protected virtual address space provided by SBS, including the directory structure, user data, file metadata, analytics, and configuration information.

SBS uses the principles of a massively scalable distributed databases and is optimized for the specialized needs of file-based data. The SBS is the block layer of the Qumulo file data platform, making it simpler to implement and extremely robust. SBS also gives the file system massive scalability, optimized performance, and data protection. 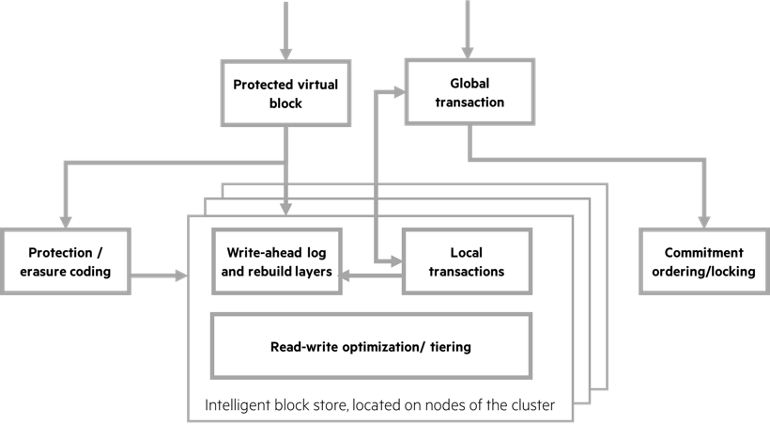 Qumulo’s block-based protection, as implemented by SBS, provides outstanding performance in environments that have petabytes of data and workloads with mixed file sizes. SBS has many benefits, including:

To learn more about Qumulo, see the Qumulo technical guide.

In additional to the All-NVMe configuration, Qumulo file data platform can be configured in hybrid mode, combining an all-flash SSD tier for high performance and an HDD tier for a lower cost. In this configuration, files can be automatically moved across tiers to optimize performance and costs throughout the AI development lifecycle. Qumulo has a flash-first architecture where 100% of the writes go to SSDs, with the intelligent machined learning cache most reads come from either RAM or SSDs.

Why HPE and Qumulo are better together

Learn more about HPE solutions for Qumulo. And stay tuned to this blog series for more information on HPE data store solutions for AI and advanced analytics.

Andrea is Senior Product Manager for Big Data and Analytics Solutions at HPE.