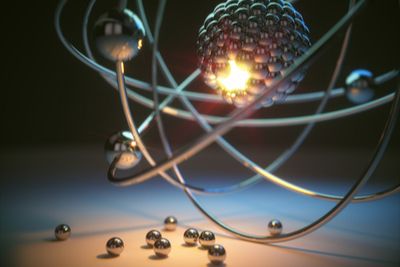 Diving deeper into the nuclear fusion waters with machine learning
Turning abundant water into endless reservoirs of fuel—and the nuclear fusion process into the ultimate clean and limitless source of energy—has been the goal of fusion research for decades. The leading line of research involves magnetically confining a hot thermonuclear plasma inside a large, toroidal-shaped reactor called a “Tokamak.” ITER Tokamak is the current prototype. This $25B international burning plasma experiment under construction in France involves seven governments (including Japan) and represents over half of the world’s population.

Now researchers at Tokyo Institute of Technology (Tokyo Tech), in concert with physicists at Princeton University in the U.S., are pioneering a new breed of machine learning to improve the ability to predict and eventually control the behavior of fusion reactions such as disruptions and move closer toward the goal of delivering abundant fusion power. The deep learning Princeton “Fusion Recurrent Neural Network” (FRNN) code leverages, in part, the power of Tokyo Tech’s TSUBAME three supercomputer, including utilization of the HPE SGI 8600 HPC systems and Nvidia GPUs interconnected with Intel® Omni-Path Architecture (OPA) fabric.

Although the EUROfusion Joint European Torus (JET) has achieved approximately “break-even” (power out = power in), disruptions are a substantial part of the reason that nuclear fusion has yet to achieve breakthrough levels of energy generation currently targeted by ITER. ITER’s goal is to achieve a factor of ten improvement above break-even conditions. Fusion plasmas in Tokamak reactors are notoriously difficult to contain and guide toward self-sustaining reactions. Most prominent among the reasons plasmas in Tokamaks can become unstable and incapable of sustaining nuclear reactions are major disruptions.3

The grand challenge is for a reactor system to be able to read a large, complex array of measured signals from the Tokamak, engage a highly accurate predictor (such as the DL FRNN) to make predictions at least 30 milliseconds before disruptions occur, and then couple to a plasma control system that is capable of avoiding the actual occurrence of the disruptive event by, e.g., modifying the tokamak’s current profile. As an example of the kind of big data sets that must be processed to identify influential signals of future disruptive events, analysts have collected 55 gigabytes of data for a series of brief runs. The entire history of JET runs consists of more than 350 terabytes and continues to grow.

However next-generation experimental fusion reactors like ITER will likely require 95% or better success rate for predictions. Fortunately, working with the same data sets as the JET team, FRNN has achieved close to 94% and is providing a key inroad to future fusion sustainability.

Subsequently, the Princeton physicists, led by Prof. William Tang, ran their FRNN models on TSUBAME 3.0 and a range of other clusters and servers ranging from 1000 GPUs to more than 4000 GPUs, establishing the inherent scalability of their solution together with efficient use of hyperparamter tuning to deliver valuable new physics insights.

Prof. Satoshi Matsuoka of TITech, HPC system designer who architected Tsubame 3 as well as its predecessors Tsubame 1 & 2, says Intel OPA helps to ensure that TSUBAME can achieve a higher level of scalability.

“As we go to scalable learning, meaning that we employ a lot more many-core processors for machine learning, then network injection bandwidth in the nodes plays a significant role in sustaining scalability,” Matsuoka told The Next Platform. “So, with Intel OPA, having this significant amount of injection bandwidth will allow these machine learning workloads, especially deep learning training and inference workloads, to scale well.”4

“When you look at [TSUBAME 3], based on HPE Apollo blades, it doesn’t appear that big,” Matsuoka said. “There are only 540 nodes. But they are very different, very fat nodes with four Nvidia* Tesla* GP100 GPUs, two 14-core Intel® Xeon processors E5-2680 v4, two dual-port Intel OPA host fabric adapters (HFAs), and 2TB of NVMe storage, all in a non-traditional server design that takes up only 1U of space.”5

To discover how HPE and Intel OPA can together change your business—and bring new, more comprehensive AI and machine learning models into your company’s workflow, contact your Intel or HPE sales representative today. Learn more about the HPE and Intel High-Performance Computing Alliance too.

1 [at least 30 milliseconds before disruptions and with >95% accuracy (“classical” machine learning methods are generally unable to meet these targets)].

3 For example, a major loss of “confinement” (with hot plasma breaking out of the reactor’s magnetic fields that hold them in place), current “quench” disruptions have been observed in JET to produce high magnetic forces that lead to radiation bursts which damage the Tokamak and surrounding equipment.

As the manager of HPC and AI Portfolio Marketing within the Hybrid IT Group at HPE, I lead a worldwide marketing team that develops our HPC and AI differentiated messaging, competitive positioning and value proposition, creates best-in-class supporting assets and digital content and amplifies our compelling message leveraging a variety of web, social, digital and traditional media formats.