The Cray XC supercomputer “Shaheen II” has been the computational engine behind several record-breaking simulations and many significant discoveries from weather forecasting to reservoir simulation. It’s the largest and most powerful supercomputer in the Middle East. 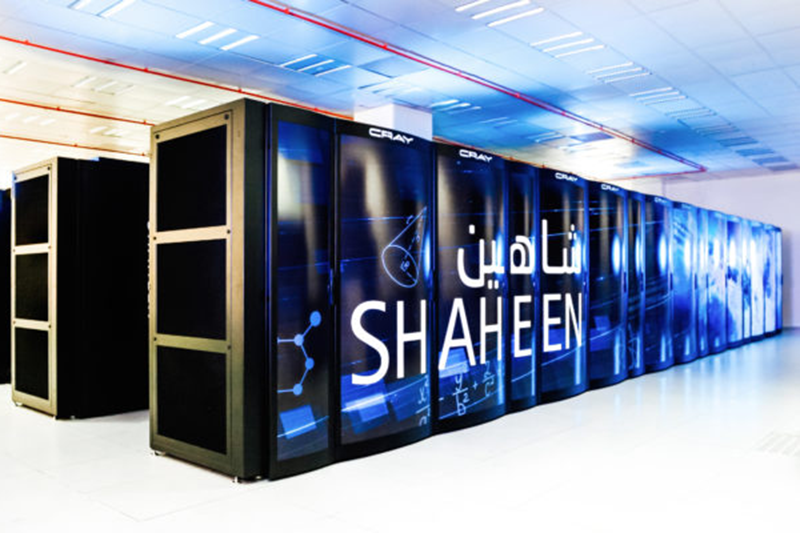 At King Abdullah University of Science and Technology, high-performance computing is in our DNA. We launched our first supercomputer Shaheen I at our university’s founding in 2009. Six years later, we put Shaheen II, our second system, into service.

Since its launch in 2015, Shaheen II has been the computational engine behind several record-breaking simulations and many significant discoveries. It’s the largest and most powerful supercomputer in the Middle East, and its speed and performance have attracted some of the brightest computationally oriented scholars from all over the world. As such, Shaheen II has been integral in assisting KAUST to grow as a destination for science and technology research.

A fun fact about Shaheen is that it has been named after one of the world’s fastest birds – the Shaheen falcon. As a subspecies of the peregrine falcon, this type of falcon is powerful and extremely fast. It reaches 150 miles per hour during level flight and exceeding 200 miles per hour when diving after its prey.

While the Shaheen falcon and Shaheen supercomputer are among the fastest of their kind, the supercomputer’s “wings” are a little different.

Shaheen II is a 36-cabinet Cray XC supercomputer based on Intel® “Haswell” processors with nearly 200,000 compute cores tightly interconnected with the Cray Aries high-speed interconnect. The system is further characterized by a rich hierarchical memory system that includes a burst buffer I/O system in addition to the traditional DDR memory. When going after computational “prey,” it can achieve speeds over 7.2 petaflops.

Learn about the technology behind KAUST’s Shaheen II system

Housed at the KAUST Supercomputing Core Lab (KSL), Shaheen II has powered 357 projects involving about 700 users. Forty percent of the university’s faculty and over 100 external users run projects on the system.

Shaheen II has also been integral in weather forecasting. The Kingdom’s General Authority of Meteorology and Environment Protection is preparing to run high-resolution weather forecasts of the whole peninsula on the system. The effort will improve the region’s ability to respond to extreme weather events.

In order to provide better service, KSL recently introduced a sidekick to Shaheen II—Neser, a Cray CS500 cluster computer used for pre- and post-processing. It allows users to rapidly input data and process the output by providing swift and efficient access to Shaheen storage. Moreover, to respond to the growing demand of data analytics and machine learning, KAUST is exploring bringing Urika-XC AI and analytics software to Shaheen II.