The 5 new superlatives of AI storage

The rapid adoption of AI in organizations of all sizes breaks legacy storage architectures architecturally and/or economically. What worked for AI POCs no longer works in large-scale production. Learn about the new records HPE is setting when it comes to AI storage. 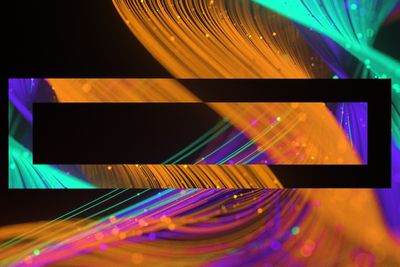 Here are five specific examples in five different categories where new high or low watermarks are being set when it comes to AI storage attached to GPU-accelerated compute.

the upcoming Frontier exascale supercomputer that will feature four AMD GPUs for each AMD CPU. Orion is based on Cray ClusterStor E1000 and as a hybrid file system features three storage tiers:

This all-flash file system will provide very high-bandwidth storage to the HPE Cray supercomputer that in phase one features compute nodes with four NVIDIA GPUs per AMD CPU. But new records are also set outside of the classic supercomputing leadership sites where the confluence of classic simulation with artificial intelligence (AI) is changing advanced computing as we know it.

to-end infrastructure that is delivered with HPE GreenLake as-a-service.

The solution at zensact requires the ability protect and restore data at very high (record) speeds in order to hit the business-critical simulation window should a restore of the data be necessary. HPE Data Management Framework (DMF) running on HPE ProLiant DL rack servers could meet the requirement of restoring petabytes of data with about 200 gigabytes per second.

The “longest serving large-scale AI storage award” goes to the ClusterStor storage system of the Blue Waters supercomputer at the National Center for Supercomputing Applications (NCSA) at the University of Illinois Urbana-Champaign.

So far, it’s served data for more than 38 billion core-hours to thousands of scientists and engineers. Large-scale production with 4,228 NVIDA GPUs began in March 2013—when most people still thought AI stood for “American Idol” and GPU for “Global Photographic Union.”

The Blue Waters supercomputer recently celebrated its eighth birthday! But what about the AI users that do not want or cannot invest in large scale clusters or supercomputers?

For you, we have the recently announced HPE Parallel File System Storage that delivers an IBM Spectrum Scale (FKA

When “kicking the tires” of AI, many organizations used enterprise scale-out NAS like Dell EMC Isilon or NetApp AFF to feed their GPU-accelerated compute nodes with data. Now as AI is scaling from POC to production for many organizations, NFS-based NAS storage is either breaking economically ($ per terabyte) or architecturally (performance/scalability).

This most likely is why Hyperion Research has found in its 2020 special study that the use of NFS-based storage is shrinking while more and more organizations are going parallel to cope with the data challenges of AI in production.

If you want to understand why these shifts are happening, please read this business paper.

Ready to go parallel? HPE has the right AI storage

We are the right partner for you to go parallel for AI storage—whether you want to start with 12 drives with HPE Parallel File System Storage, or if you are looking for a 50,000+ drive parallel storage system like ORNL with Orion.

Scale your AI initiatives from POC to production with the right AI and HPC storage. Contact your HPE representative today.