A New Star (Alliance) is Born 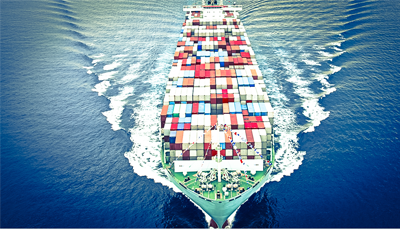 HPE, and HP before it, always had a history of “Partnership First” – we believe in the power of the ecosystem, we believe in offering customer total solutions by relying on our partners, while at the same time offering them choice, we believe in the math of “1 + 1 >2”. Working in HPE’s corporate strategic alliances organization, I get to see this first hand, day in and day out – collaborating with partners to drive greater value for our customers.

At HPE, we tend to only partner with the best and brightest, “stars” in their own industries and market segments. To take the astronomy analogy one step further, the mission of our alliances team is really “tending” to this field of stars, discovering new constellations, promoting them through joint go to market and adding them to our alliance “star charts”.

One undeniable shining star in today’s tech world is Docker, unless you’ve been sleeping under a rock, I’m sure you’ve heard of the name, whose container based platform and solutions are taking the world by storm. Today we announce a brand new strategic alliance with Docker - combining the strength of the #1 one cloud and data center infrastructure provider with the leader in containerization. This is a broad alliance that spans almost ten different business units and product groups, with deep integrations across servers, storage, networking, software and services. A tremendous amount of work went into this announcement today, and it all came together in record time (just over a year from initial discussions to the final crossing of all the Ts and dotting of the Is).

The truth was this was propelled by the ground swell of customer demand. Everywhere around the world, HPE is looked to as one of the strategic partners that companies rely upon to shape the future of their technology landscape. As customers are modernizing their data centers and moving towards hybrid infrastructures, a huge number of them have adopted containers as part of their technology stacks. This usually happened organically, ground up, a dev team here or there start using Docker, and then it quite literally flowered everywhere. So these same customers are again turning to HPE and asking how does Docker fit with the rest of the enterprise architecture provided by HPE, how can they work together more seamlessly, what do they do with legacy infrastructure and application, which parts should or should not be “dockerized”, what are the recommended best practices… The same list of questions pop up again, and we knew it was time to engage Docker and create a joint set of satisfying answers to all of them and blueprints to help these customers march forward confidently on their containerization journey.

But enough of the behind the scene sausage making stuff, what did we actually announce: as part of the strategic alliance, HPE and Docker have teamed up to deliver unique, value-added, commercial solutions and services through all major HPE channels, including:

And a whole slew of HPE cloud and software solutions that we’re “Dockerizing” – enabling them to run in a Docker environment, these include: AppDefender, Ops Bridge, CMS and Universal Directory configuration management, Helion Cloud Suite and more.

Yes it’s a huge line up, and one of the most exciting aspect is the world’s first Docker ready Servers - HPE will offer pre-configured server platforms ready for Docker Engine and Docker containers. These pre-tested server models, including HPE ProLiant, HPE Apollo and HPE Cloudline, will be delivered ready for container environments, resulting in greater optimization of hardware, improved time-to-application performance and greater portability.

And what does this all mean for customers? Perfectly prescriptive answers to all those questions they’ve been asking! Now they can expand their container investments with confidence, knowing it’ll all be supported and guaranteed from a single vendor that’s already their trusted advisor. Not to mention, unparalleled agility, true flexibility, portability, security… This is truly an end to end offering that will help you:

Exciting indeed. And biased that I am, let me just say that imo, this year’s HPE Discover definitely opened with a bang.