This chart is helpful for quickly comparing/contrasting each version. 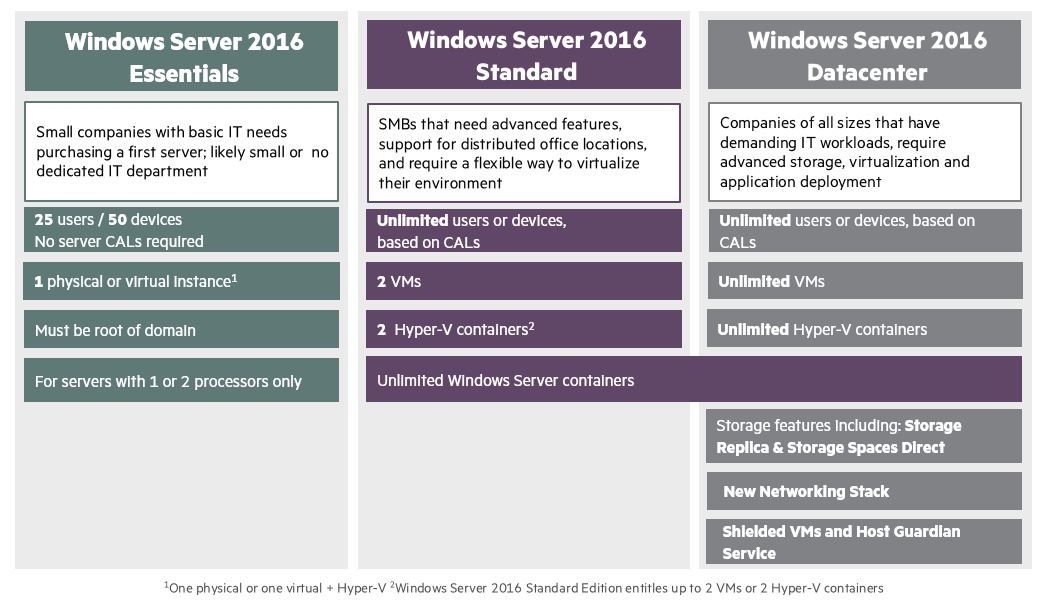