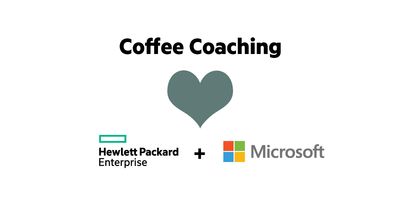 Microsoft Windows Server 2016 Essentials Edition + HPE ProLiant MicroServer Gen10
For your customers who are looking for an affordable entry level server and server operating system (OS) the HPE ProLiant MicroServer Gen10 running Microsoft Windows Server 2016 Essentials edition is a great pairing! The MicroServer Gen10 is a compact and easy-to-use server that can be placed almost anywhere due to its size and quietness. In addition to size and volume, its easy setup and service make it ideal for SMBs.

We think the MicroServer’s ideal OS pairing is Microsoft Windows Server 2016 Essentials edition, a flexible, affordable, and easy to use server OS for small businesses with up to 25 users and 50 devices. This edition of Windows Server 2016 continues to follow the processor-based licensing model of past versions with no CAL requirements and is a great option for customers currently running the Foundation edition, which is not available for Windows Server 2016.

Microsoft Windows Server 2016 Standard Edition + HPE ProLiant ML110 Gen10 Server
Do you have customers searching for a tower server and server OS with exceptional value to meet the growing requirements of their SMBs? Pairing the HPE ProLiant ML110 Gen10 Server, an enhanced tower with performance, expansion, and growth (all at an affordable price) with Microsoft Windows Server 2016 Standard edition is a great solution. The ML110 Gen10 server is a single processor tower form factor that can also be placed in a rack server cabinet using 4.5U or rack space. It includes up to five PCIe slots with room to grow with eight large form factor (LFF) or 16 small form factor (SFF) disk drives.

Now that you've heard our ideal pairings, we'd love to hear from you! Which HPE ProLiant Gen10 servers do you think pair best with each Microsoft Windows Server 2016 edition?