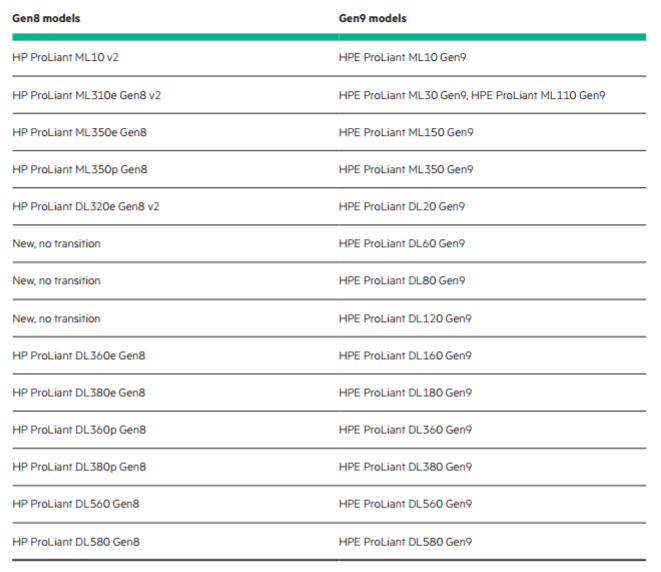 To help customers choose the ideal server for their specific needs, the Gen9 rack and tower servers series designations align the design and features of the servers to meet workloads demands, whether they are for small, mid-sized, or enterprise businesses. All HPE ProLiant Gen9 rack and tower servers will fall in either the 10, 100, 300, or 500 series:
- HPE ProLiant 10-series Gen9 servers are designed for SMBs looking for simple, easy to deploy servers for first-time workload deployment
- HPE ProLiant 100-series Gen9 servers deliver right-sized performance, availability, and serviceability that is required by SMBs, enterprise environments, and service providers
- HPE ProLiant 300 and 500-series Gen9 servers offer exceptional flexibility for configuring their compute, storage, networking, and power capabilities, allowing customers to “future-proof” their investments

The DL family of servers are the most flexible, reliable, and performance-optimized ProLiant rack servers—ever! As HPE continues to provide industry-leading compute innovations, the HPE ProLiant Gen9 rack portfolio, with flexible choices and versatile design, along with improved energy efficiencies, ultimately lowers TCO.