HPE Takes the Next Step with Mesosphere 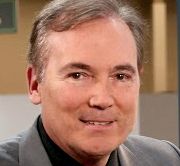 At Hewlett Packard Enterprise we are committed to simplifying customers’ hybrid IT. We are accomplishing this through new and innovative products and services, and an ecosystem of partners integrated within our portfolio. To make it easier for customers to leverage hybrid IT to build and run modern applications with confidence, we are excited to announce the next step in our partnership with Mesosphere’s Enterprise Datacenter Operating System (DC/OS) from HPE.

A Partnership Primed for Growth

In March 2016, Hewlett Packard Pathfinder (the HPE venture investment and partnership program) led Mesosphere’s $73.5 million Series C funding round. At the time, we were certain (and still are) that Mesosphere’s DC/OS would be most exciting new enterprise operating system since Linux. Today, we are even more certain of this, which is why HPE is excited to continue growing this partnership with the integration of Mesosphere with HPE OneView - another proof point of our commitment to Mesosphere.

The value of Mesosphere’s Enterprise DC/OS is clear; it provides the flexibility of a public cloud service without actually going to the public could and getting locked-into that. Mesosphere delivers pools compute resources across the data center, and simplifies application deployment, management, scalability, and redundancy.

HPE OneView is the premier software defined infrastructure management solution.  With the integration of Mesosphere, OneView further strengthens its position in the market and provides customers with the ultimate hybrid on-premises capabilities.  Together with OneView, Mesosphere allows customers to set-up a hybrid cloud much faster and easier, thus continuing our quest to deliver simplified hybrid IT solutions for our customers.

Let’s review some of the features customers can expect to achieve with Mesosphere:

Reviewing these benefits to customers, it’s easy to see why HPE has taken our relationship to the next level and integrated Mesosphere with OneView.  It’s also important to note that as OneView becomes one of the management tools of choice in the marketplace, the combined benefits from composability and Mesosphere, take hybrid IT to the next level of simplification and effectiveness.

Don’t Get Locked Into the Public Cloud

Buyer’s remorse is the first comment I hear from many customers who move aggressively to the public cloud.  Issues of data sovereignty, security, escalating costs, and lock-in are just a few problems associated with the public cloud.

In contrast, HPE and Mesosphere deliver a better solution with their combined strength for a positive on-premises experience.   Agility, security, and economic control can be better achieved through solutions from HPE and Mesosphere.

Want my advice?  Keep your head out of the public clouds and stay grounded with HPE and Mesosphere for the optimum IT solutions.

To learn more about the power behind HPE and Mesosphere, please see the following links below.

Mesosphere Technical Whitepaper (Free Download): The Agility of HPE Infrastructure with the Control of Mesosphere DC/OS

Mesosphere Blog: The Agility of HPE Infrastructure with the Control of Mesosphere DC/OS