How did you manage to do that? Easy. HPE OneView with Microsoft System Center. 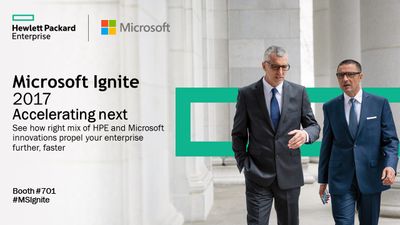 If you have been looking for breakthrough management tool that simplifies Hybrid IT, while also letting you move faster, streamline lifecycle operations, and increase productivity, I have a perfect place for you to look: HPE Booth #701 at Microsoft Ignite.

We’ll be offering you a number of ways to get all the information you need about this powerful management solution:

HPE OneView has proven its ability to deliver results for enterprises like yours worldwide, making it easy to integrate powerful infrastructure automation that improves your productivity. HPE OneView enables you to:

So stop by HPE Booth 701 at Microsoft Ignite and see the multiple benefits of HPE OneView for yourself.

Get more information about HPE OneView for Microsoft System Center by: 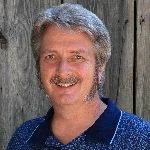 Doug de Werd is the worldwide Product Manager for HPE OneView for Microsoft System Center. Doug has been with HPE for over 30 years, with previous roles including technical marketing for Windows virtualization, high performance computing, high availability clustering, international engineering support, and technical training. Doug graduated from the University of Notre Dame and previously was a high school science teacher. He has also worked as a system analyst and programmer.