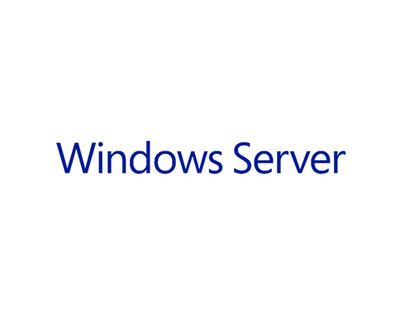 We're pretty sure you've heard the exciting announcement from Microsoft… Windows Server 2019 will be generally available in the second half of the 2018 calendar year!!

To prepare for this new edition of Windows Server, Microsoft wanted to get a true understanding of future challenges and where the industry is headed. So, they spent a lot of time talking to, and listening to, customers and they heard four constant themes which they have used as topics of focus for Windows Server 2019: Hybrid, Security, Application Platform, and Hyper-Converged Infrastructure. Let's see how these themes are incorporated into Windows Server 2019's new and improved features!

Microsoft understands that often times a hybrid approach—combining on premises and cloud environments working together—will make the most sense for customers. With Windows Server 2019, Microsoft has announced that it will be simpler and easier to connect existing deployments of Windows Server to Azure services. New technology will allow customers to easily integrate Azure services (such as Azure Backup, Azure File Sync, disaster recovery, and more) and leverage them without disrupting their applications or infrastructure.

Along with hybrid cloud advancements, Microsoft has also announced a number of new and improved security features including updates to Shielded VMs (which we originally introduced in Windows Server 2016). In addition, Microsoft is embedding Windows Defender Advanced Threat Protection (ATP), which provides preventative protection, detects attacks and zero-day exploits among other capabilities, into the operating system. This will give your customers access to deep kernel and memory sensors, improving performance and anti-tampering, and enabling response actions on server machines.

A guiding principle for the Windows Server team is a relentless focus on the developer experience. Microsoft has announced application platform improvements to Windows Server containers that will be of interest to the developer community. These improvements include a reduction of the Server Core base container image (to a third of its current size) in order to reduce download time and further optimize the development time and performance. Microsoft has also announced that they are continuing to improve the choices available when it comes to orchestrating Windows Server container deployments.

Starting with Windows Server 2016, Microsoft partnered with several industry leading hardware vendors, such as Hewlett Packard Enterprise, to provide affordable, yet extremely robust, Hyper-Converged Infrastructure (HCI) solutions with validated designs. Microsoft has announced that Windows Server 2019 is building on this platform by adding scale, performance, and reliability, and adding new deployment options that simplify the management and day-to-day activities in HCI environments.