I have been awaiting this Sapphire with anticipation, expecting some exciting news. The day has definitely exceeded even my high expectations.

IoT Breakfast
It started very early at 7:30 am with our IoT panel moderated by me with distinguished panelists on the stage representing HPE, SAP and Deloitte: Nils Herzberg SVP IoT GM and Strategic Partnerships for SAP, Ira Belk, VP Global Center of Excellence for Database & Data Management, Drew Iacone SAP Alliance and Practice for HPE and Ravi Choudhuri Managing Director with Deloitte. We talked about the role of Modern ERP, Modern Data Platform for the Core to Edge era, Intelligent Edge, Edge to Core integration and the new gold - “Data.” More than 50 guests attended, so I was very pleased.

SAP Leonardo Announcement by Bill McDermott
Right after breakfast, Bill McDermott SAP’s CEO brought a new level of excitement, announcing that SAP is expanding SAP Leonardo to combine machine learning, IoT, big data, analytics, and blockchain on the SAP Cloud Platform. "The key to doing it right is data -- it's the new gold," he said. Leonardo will also be integrated into SAP’s existing applications to make them more powerful and intelligent, and will allow developers and partners to build their own custom applications. This will all be supported by a network of SAP Leonardo Centres in New York, Paris, Sao Leopoldo, and Bangalore.

HPE Announcement
Although the SAP announcement was a hard act to follow, HPE definitely held its own, introducing Edgeline Converged Edge systems with SAP Leonardo for Edge Computing. The HPE Edgeline system is going to be the industry’s first bundle for SAP Leonardo that delivers data center-class compute power that can withstand industrial environments, while meeting the processing and analytics requirements from extremely high harsh environments. 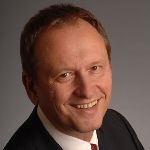 So I’m definitely out of breath on one hand, and eager for more on the other. More to come over the next days. Stay tuned.

The excitement is right here
HPE is an Onyx Sponsor at SAPPHIRE. In addition to a Guru Bar, the HPE Booth #465 will feature 30+ Theater Presentations, demos and much more. Check out the HPE SAPPHIRE site for complete information.

I look forward to seeing you there. And check out the HPE – SAP Alliance web site if you want additional information on the powerful solutions we offer.