For the Software-Defined Data Center

For businesses today, constant innovation is paramount – not only does it drive greater efficiencies and automation, it also introduces a means to uncovering new profitable areas for investment. To drive true innovation organizations today depend on a foundation of exceptional data center hardware. The HPE ProLiant DL325 Gen10 Server with the ground-breaking AMD EPYC™ processor delivers two-socket performance in a single-socket chassis, capable of driving a wider range of your business workloads. The HPE ProLiant DL385 extends this with a dense two-socket AMD EPYC-powered server to support even more demanding workloads. 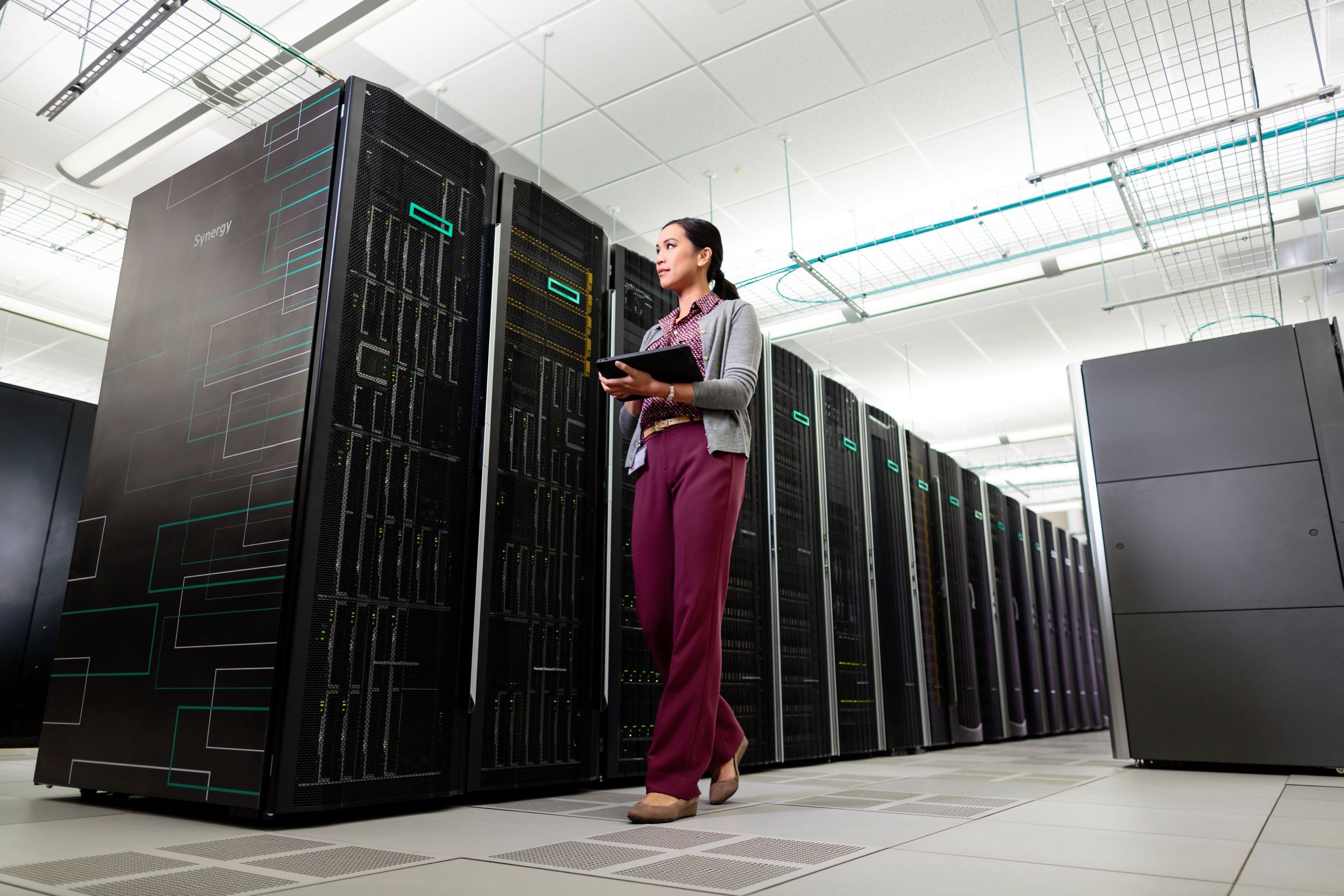 The HPE and AMD EPYC compute platform delivers 14% additional cores, 33% more memory capacity and bandwidth, and 33% more I/O, allowing for greater VM density. For space-constrained environments where efficiency is key, the HPE DL325 provides up to 25% better price/performance[1] and 27 percent lower cost per VM[2] than the leading dual-processor competitor. This makes it ideal for multi-tenant cloud-based solutions where increased memory and storage capacity with lower latency are critical. Only HPE offer servers with critical firmware anchored directly into silicon and with built-in security protection – making Generation 10 ‘the world’s most secure industry-standard server’.

AMD EPYC based ProLiant servers are best in class for virtualization and memory intensive workloads including software-defined storage, data analytics, and a wide range of databases. AMD EPYC supports 128 PCIe lanes, with further capability of up to 20 NVMe drives within the HPE DL385 Gen10 server. With a dense 1U form factor chassis, the HPE DL325 can accommodate up to ten NVMe drives as well as up to three PCIe 3.0 slots, along with a wide choice of storage controllers for highly parallel, low-latency I/O. This combination of higher throughput, ultra-low latency I/O and high capacity storage delivers an optimized server solution that is more agile and cost-effective than other storage solutions.

The large memory capacity of both the HPE DL325 and HPE DL385 delivers performance needed for a wide range of data-centric applications such as data-parallel cluster-based solutions built on Apache Spark, modern databases (i.e. Couchbase, Hadoop, and so on), engineering design, and Internet-of-Things (IoT) applications. With its highly parallelized CPU and an architecture optimized for Graphical Processing Unit (GPU) acceleration, HPE servers with AMD EPYC processors are more than capable of applying machine learning algorithms to real-time data streams.