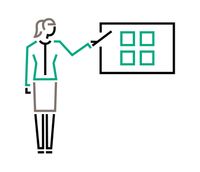 With a new year quickly approaching (along with the End of Support for Windows Server 2008), we thought it would be a great time to have a quick refresher course on HPE OEM Windows Server 2019 licensing rules (don’t worry, you won’t have to pass a test at the end of the blog).

NOTE: This is a different licensing-model than Windows Server 2019 Essentials, which follows a processor-based model

There are some important rules that must be followed for Windows Server 2019 Standard and Datacenter core-based licensing.

If you can answer yes to all these questions, then you are doing great!

Base Licenses vs. Additional Licenses
How to license all server cores

Remember rule #1 from above, “every server requires a minimum of one Base License”?. It is important to take note of the kind of license specified here, a Base License. There are different kinds of licenses used to provide rights for server cores: Base Licenses and Additional Licenses.

Base Licenses include the Certificate of Authenticity, or COA which is affixed to the server by HPE or HPE Reseller, product key, product software, and Microsoft Software License Terms (previously known as End User License Agreement or EULA)... These are all needed when licensing a server.

ANSWER: To properly license this server, one Base License is required. This will cover 16 cores and 2 processor per server. In this scenario there are 2 processors, with 8 cores each, for a total of 16 cores. A Base License will cover this perfectly.

Let’s try a harder one…

ANSWER: To properly license this server one Base License AND Additional Licenses will be required. With 2 processors, each with 12 cores, there is a total of 24 cores. Since Base Licenses only grant rights for up to 16 cores, there are 8 cores that will still need to be covered.