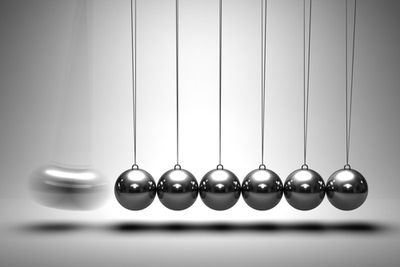 A few years ago, Gartner came out with the idea of BiModal IT where an organization manages two separate styles of IT-related workloads. Mode 1 is traditional data center IT, and Mode 2 is an agile environment catering to digital transformation. While the jury is still out on Gartner’s Bi-Modal IT theory, we are increasingly seeing customers adopt Multimodal IT, where traditional, software-defined, and cloud infrastructure coexist. The objective is to synchronize all IT resources optimally to create a harmonic IT composition. Composable infrastructure addresses the challenge of multi-modal computing environments through compatibility with traditional applications as well as cloud-native applications.

With HPE Synergy, you can provision software-defined, on-premises infrastructure on the fly as quickly as public cloud—while maintaining physical, virtual, and container-based workloads in the same environment with unified manageability. To make this happen, the infrastructure components—compute and storage—play the foundational role. The fabric network acts as the binder the strength of which delivers the utilization of resources and eventually the application performance you demand. Considering that the Fibre Channel fabric network remains dominant in the data center infrastructure, HPE Synergy provides fabric interconnects to the ubiquitous Fibre Channel SAN utilizing the HPE Fibre Channel interconnect module. With increasing server virtualization and all-flash NVMe storage developments, the fabric is being upgraded to next-gen 32Gb infrastructure to address performance demands of today’s bandwidth-hungry applications. HPE Synergy composable fabric now provides  an upgrade path for fabric with interconnect options for 32Gb Fibre Channel SAN infrastructure.

Talk to your HPE representative about HPE Synergy and the HPE 32Gb FC SAN switch module for HPE Synergy for your Multimodal IT.