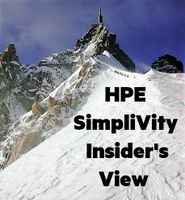 USS-POSCO Industries is a joint venture steel finishing facility that produces hot rolled, cold rolled, galvanized, and tin plate used for construction, formed products, and containers. Joshua Goodall, automation engineer, has been with the company for nearly 20 years and has experienced multiple equipment failures in the aging data center.  IT downtime brought operations to a standstill on more than one occasion, but their limited budget did not seem like it would support a complete data center overhaul.

We had two or three major failures of servers and IT infrastructure over the last few years that caused a massive ripple effect across the entire facility. One caused 30 hours of downtime. To address the situation, we initially planned to add a secondary disaster recovery site built on traditional three-tier architecture (separate compute, storage, and networking), but that proved to be absurdly expensive.

Searching for alternative highly available solutions, we zeroed in on hyperconverged infrastructure (HCI). The more I learned about it, the more I understood that HCI meant simplicity. It meant avoiding excessive overhead, because we wouldn’t have to manage all the ancillary products and processes: site recovery software, separate storage arrays, replication between sites, compatibility issues, not to mention backup management and licensing costs.

We chose HPE SimpliVity because it’s a total package. It’s something that you bring into your organization and you reduce the complexity of your stack, the man-hours associated with managing that stack, and data center footprint. When you combine all those components and data services into one system, it’s so much simpler. And the lower TCO is a massive benefit. 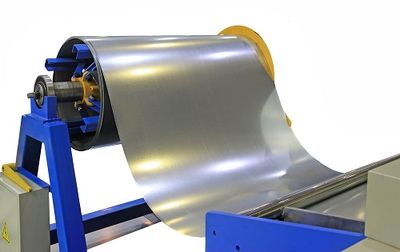 But what really excited me was learning that HPE SimpliVity supported two-node clusters set up in a “stretched cluster.” What that means is two nodes can be separated to set up resilient disaster recovery on a single site. We have the nodes about a mile apart on our campus. If there’s a problem at our data center, everything fails over automatically to the secondary node – there’s no management involved. It’s all native, built-in functionality, leveraging VMware and HPE SimpliVity architecture.

It was even simpler – and faster – than promised. And every bit as resilient. We had our first test of redundancy and built-in backup/restore in 2018 when a Windows update caused problems. I had to go back four weeks in HPE SimpliVity to restore the VM. The entire process took less than five minutes. That's restoring from the VM environment, booting, logging in, and rejoining the domain—all in less than five minutes. Later, we ran into a similar situation where we had to replace our legacy core switches. We failed the system over to one side of our facility and left all the VMs up on the other side. We changed the core switch and then brought everything back up. The process couldn’t have been simpler.

We are just now moving forward with our final 2-node cluster, which is going to get us off of our traditional equipment. When we’re done, we’ll have three 2-node stretched clusters, all part of the same federation. For our virtual environment we’ll be fully HPE SimpliVity – ready for whatever comes.

Read more about USS-POSCO’s story or watch the video.

HPE SimpliVity Insiders is a user community for current hyperconverged technology customers. Users share tips, and are eligible for HPE rewards and exclusive access to the extended HPE SimpliVity team. If you’d like to be invited to join the community, contact jennifer.insiders@hpe.com