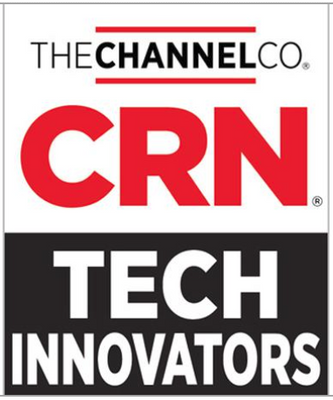 Hewlett Packard Enterprise (HPE) SimpliVity 2600 hyperconverged solution has received CRN’s 2018 Product of the Year award in the data center infrastructure category! CRN selected the 2018 Tech Innovator Award winners from among 296 vendors in 35 categories. This year’s focus was on groundbreaking innovation. “As digital transformation only quickens its pace – and becomes nothing short of a necessity for many organizations – solution providers that can spot the next killer innovation are in greater demand than ever before….  And whether it’s in cloud, security, infrastructure or devices, the innovations you’ll find in this year's Tech Innovator Awards are true conversation starters.”

Based on the HPE Apollo 2600 platform, HPE SimpliVity 2600 powered by Intel® is a compelling option for space-constrained environments. The high density hyperconverged platform takes advantage of software optimization for deduplication and compression.

According to CRN, “Hewlett Packard Enterprise has introduced a breakthrough new way to extend its data virtualization solutions all the way to the edge. [HPE] SimpliVity 2600 is a virtual desktop infrastructure (VDI) solution that brings together powerful data services for virtualized workloads with IT infrastructure. The solution creates a foundation for enhanced delivery of server, storage and networking services, and brings IT simplification through improved management, efficiency and protection of virtualized workloads.”

Read about the 2018 CRN Product of the Year Awards here.

See how HPE SimpliVity hyperconverged solutions simplify management and reduce total cost of ownership in the For Dummies Guide to Hyperconverged Infrastructure.