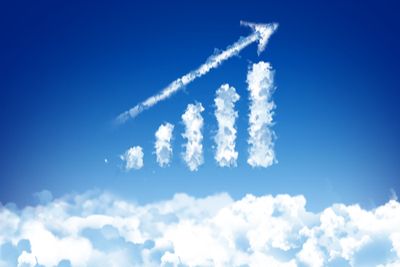 In my last post I talked about the obvious cloud storage capacity costs as well as five hidden cloud storage costs you may not be aware of: performance costs, snapshot costs, clone/copy costs, support costs, and data egress costs.

Calculating all these hidden costs across multiple cloud vendors is not an easy task. That's why we here at HPE created a Cloud Storage Cost Calculator and comparison tool. It allows you to calculate all cloud storage costs—including the hidden costs—for HPE Cloud Volumes, AWS Elastic Block Storage (EBS), and Azure Managed Disks/SSDs. Here’s the Cloud Storage Cost Calculator. Go ahead and test it out with your own numbers.

Now, let’s look at an example calculation from the calculator for an environment with 20TB of cloud block storage. We estimate an average volume size of 100GB and moderate performance of 200 IOPS per volume. We also estimate about 10% of the data volumes will be cloned or copied with up to 5 copies each. 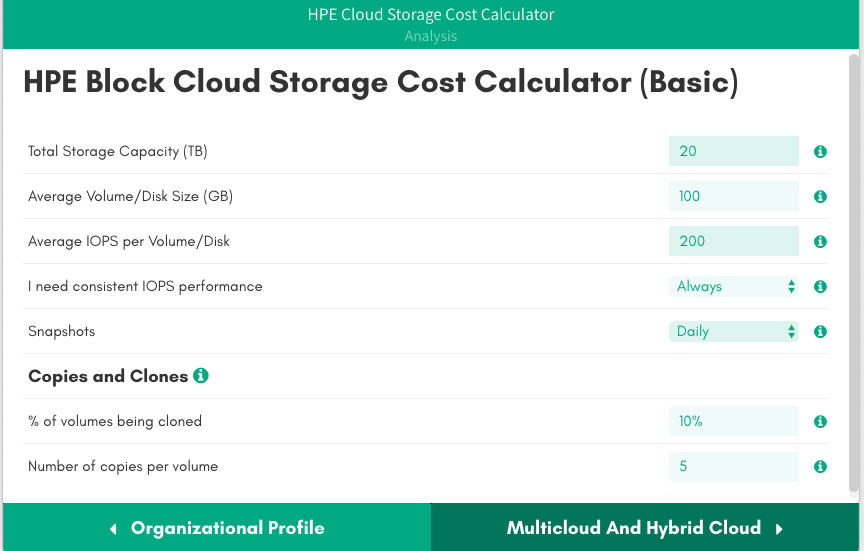 After the basic inputs, you can specify how much data you want to move and use for multicloud and hybrid cloud. In this case we estimate 20% of data maybe shared between multiple clouds, with 20% of data coming in from on-premises and 10% coming back from the cloud for the hybrid cloud environment. 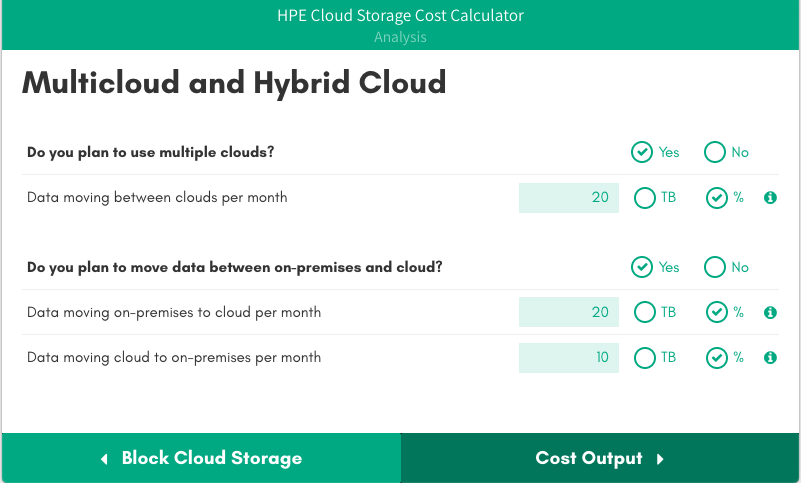 It’s that simple, a couple of screens and few inputs later—and below is your cost estimates and comparison. 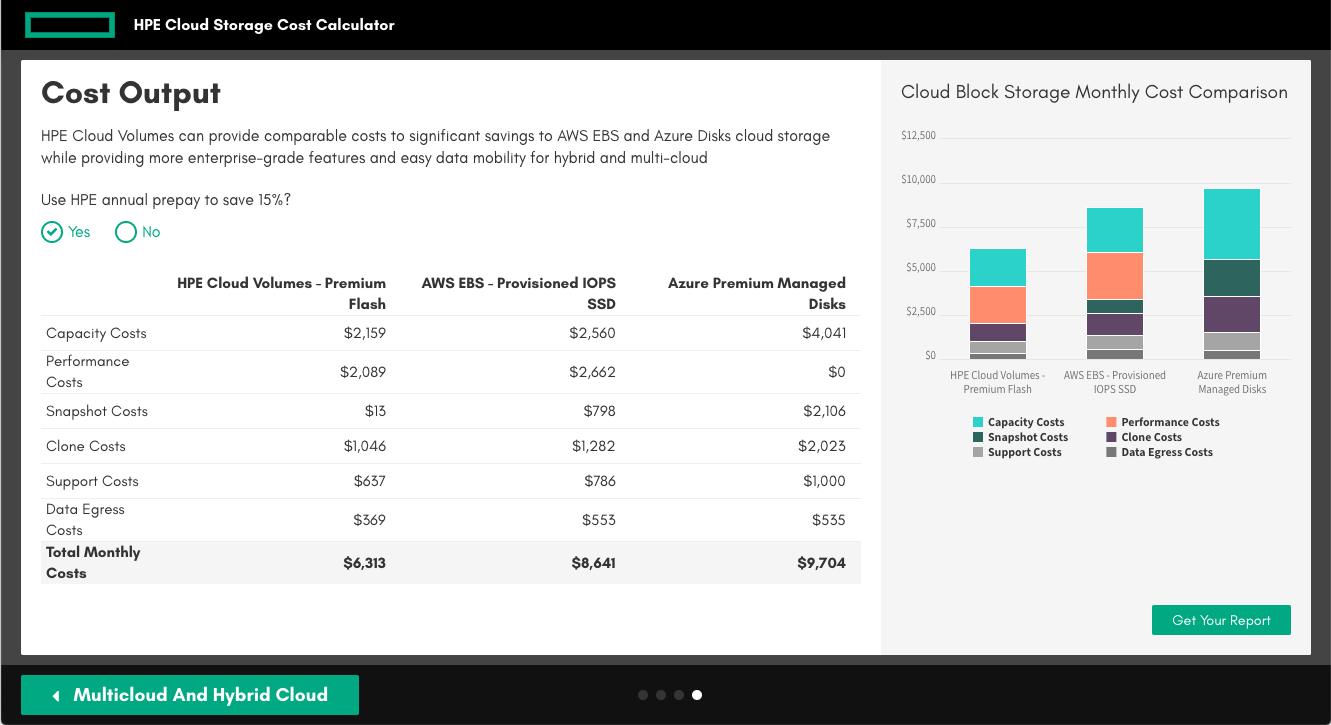 HPE and AWS capacity costs are close, but HPE is still lower based our competitive costs/GB/month and prepay discount. Azure is significantly more, almost double the costs of HPE. The reason? It’s their t-shirt-based sizing for both capacity (GB) and performance (IOPS), where you need to upsize to 128GB per volume even though you only need 100GB. Therefore, paying for capacity that you don’t need.

First off, for both HPE and AWS performance costs are very similar to capacity costs. Therefore, don’t forget about performance! HPE edges AWS with competitive pricing and our prepay discount. Now Azure comes in at $0, which on the surface looks good. But in reality the performance costs were bundled into the capacity costs, which as discussed above you are stuck with specific jumps in sizes and performance. If you need more, you need go up to next more expensive disk size and IOPS.

HPE wins hands down with a mere $15 in snapshot costs. Why? Because HPE Cloud Volumes only charges for changed and new data rather than charging for the full snapshot size. AWS is in the middle, because it does use some compression to reduce the snapshot size, while Azure is the most expensive because it charges for the complete set of used data in the snapshot.

HPE wins again because copies are not charged for, but rather just the new and changed data added to the clone copies and the IOPS performance required. Costs can be lowered further if the clones require less performance than the original copy. With both AWS and Azure you pay more because you are paying for multiple full copies.

HPE delivers the lowest data egress costs. In fact, HPE does not charge for data egress.  Instead the $369 under HPE is the estimated charge from AWS or Azure when writing data to HPE Cloud Volumes. If your workloads are primarily read-only or you are replicating more data from on-premises for backup or disaster recovery your HPE data egress charges will be much lower if not zero. Conversely, AWS and Azure data egress charges will add up as you move data around your multi-cloud and hybrid cloud environments.

So in this example above HPE Cloud Volumes comes up with the lowest costs overall and in each cost category including hidden costs. That is not to say there are configurations where AWS or Azure may come up cheaper. My goal is to expose the hidden cloud storage costs you may not have known about and provide you with a transparent tool to calculate all these costs and compare against cloud providers.

Above and beyond lower costs, HPE Cloud Volumes is delivering additional value and features in the following areas:

With HPE, you no longer need to fear surprise and hidden cloud costs. We have all your bases covered!

*Disclaimer: HPE does not guarantee accuracy of any of the calculated estimates provided here or in our calculators. All costs calculations are estimates based on vendor published pricing and empirical data. All pricing is subject to change by their respective vendors at any time.

Meet Around the Storage Block blogger Doug Ko, HPE Storage. Doug is responsible for cloud strategy and go-to-market at HPE. His expertise is in data storage and cloud computing and he is interested in the role of cloud in enabling digital transformation in enterprises and service providers.