Data Protection with HPE SimpliVity, Part 3: When it comes to data recovery, time is critical

Earlier in this Data Protection blog series, I discussed how many powerful things can be accomplished to improve data protection in an HPE SimpliVity powered by Intel® environment. In the first blog, I provided an overview of the interconnection of deduplication, compression, and simple, global VM-centric management. The second blog covered the resiliency that resulted from these design principles. For this final blog in the series, I turn my focus to data recovery with HPE hyperconverged infrastructure. Obviously organizations cannot prevent natural disasters, but they can prepare for them. Resilient data protection should include a plan for fast recovery to help minimize lost data availability if disaster should strike. 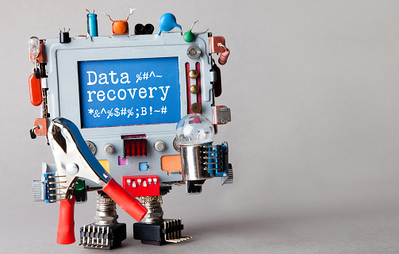 When it comes to reducing the impact of any disaster, the time it takes to recover is a critical factor. The cost of downtime can be thousands of dollars per hour.  HPE SimpliVity can help organizations respond faster during a disaster recovery situation where every minute counts.

Many businesses unfortunately overestimate what their IT operations are able to achieve for Recovery Point Objectives (RPOs) and Recovery Time Objectives (RTOs). Even more troubling is that many IT organizations also overestimate their capabilities. By utilizing built-in data protection and the data efficiency of HPE SimpliVity technology, customers can achieve business-defined RPO and RTO goals.

Fast recovery on HPE SimpliVity systems starts with well-engineered deduplication technology. Virtual machines running on HPE SimpliVity are based on metadata on top of a node-wide pool of deduplicated data, which means making a copy of a VM is extremely fast and efficient. This is because metadata is much easier to copy than the actual data. In fact, the architects of the HPE SimpliVity Data Virtualization Platform found there was a lot of duplication within the metadata itself, so they started to deduplicate the metadata as well, which enabled even faster copies of VMs. Whether the copy of the data is the result of a clone, backup, or restore, the operation completes in seconds with almost no additional storage capacity used.

Best of all, there’s none of the risks or challenges that copy-on-write snapshots, linked-clones, or eventual-consistency bring in traditional storage environments or in VM snapshots. Each of these copies on the HPE SimpliVity platform are fully independent since they instantly create a whole new VM that just happens to utilize the same underlying and immutable metadata and data. If any changes occur to the original VM, those changed blocks would result in newly allocated metadata and data on disk, not changes to the existing metadata or data. This allows HPE SimpliVity customers to create fully independent VM backups as quickly as they might take a VM snapshot. See the HPE SimpliVity Data Virtualization Platform Deduplication deep dive video for more details on how this works.

In an HPE SimpliVity infrastructure, all the data is represented by metadata, and all metadata is also deduplicated. The primary site cluster can query the secondary site cluster to see what unique data is needed by only sending indexes, which are considerably more lightweight than the data and metadata itself. This results in HPE SimpliVity backups only sending truly unique blocks instead of having to track and send changed data (and occasionally the full data set).

HPE SimpliVity virtual machine backups happen automatically, based on administrator-defined data protection policies. These policies define when backups should be created, which remote datacenter(s) they should be created in, and how long they should be retained. By using a set of these rules within each policy, customers can easily maintain hourly, weekly, monthly, and yearly backups in a single policy. To support the simplified global management goal, these policies are created once and can then be applied across the entire global infrastructure, allowing for a single policy to protect all VMs with a single policy.

A new IDC study indicates that 94% of HPE SimpliVity customers are utilizing these data protection features. In that report, a nonprofit biomedical research institution states, “DR remains an ongoing project, but the company stated that HPE SimpliVity has initially reduced complete recovery time from as many as 30 days to just 24 hours.” A provider of short-term insurance based in South Africa commented, “Full recovery has been reduced from three days to three hours.” The company can now ‘recover in seconds with just a few clicks.’ The company once restored a 14TB file system from HPE SimpliVity in 20 seconds.

To learn more about protecting data with HPE hyperconverged infrastructure, download the Data Protection on HPE SimpliVity Platforms white paper which provides an even deeper view of the technology. 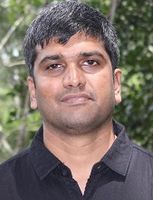 Join us for an HPE SimpliVity ransomware webinar and see a live demo. Register at hpe.com/simplivity/webinar