Don’t fret about what will happen to your data and storage infrastructure should disaster strike. Instead, think positive thoughts—and learn why choosing HPE 3PAR all-flash storage with Peer Persistence software is the right decision. 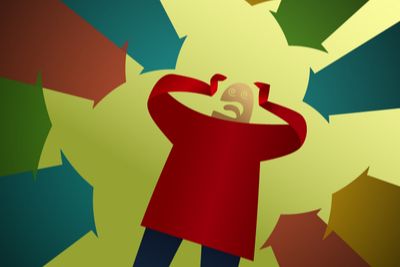 Do you remember the last time you were under pressure? You probably felt your heart rate go up, your adrenaline kicks in and, most importantly, your mind start to race—most likely with negative thoughts.

Overthinking while under pressure can cause us to fail when performing tasks we’d normally consider to be relatively easy. This can happen to anyone, even folks who have mastered their profession. Take for example the story of Roberto Baggio, an Italian former professional footballer (or soccer player, as we say here in the U.S.) who is regarded as one of the greatest players of all time.

In 1994, after being name FIFA World Player of the Year the previous year, Baggio basically carried an underperforming Italy team to the World Cup final against Brazil. After batting to a scoreless tie, his team turned to him to convert on a penalty kick. In the game of football nothing is more routine than a penalty kick, but it’s a different story when the World Cup title hangs in the balance. We will never know if Baggio overthought it, but his kick went over the crossbar and the Brazilians won the title in one of the most upsetting moments in World Cup history.

The pressure of IT

The type of pressure Robert Baggio felt that day doesn’t just exist on a sports field. For example, in the world of IT, nothing gets heart rates to spike more than just the thought of network downtime—which can cripple a company and do irreparable damage to the brand.  It’s hard to assign a dollar amount to it, but Gartner states the cost of downtime can be as much as $540,000 per hour.*

HPE 3PAR StoreServ storage enables you to run your business-critical and mission-critical applications without fear of downtime. Full hardware redundancy is built into the system, mitigating all single points of failure. When you follow our best practices, we’ll guarantee “six nines” availability through the HPE Get 6-Nines Guarantee program. But that’s only the beginning. Where 3PAR really shines is that it can withstand the failure of a san fabric, array, or even a complete site without any impact to your mission-critical applications. And best yet, in these tense situations where every second counts, there is no chance of overthinking anything because no manual operations are required!

HPE 3PAR Peer Persistence software enables 3PAR systems located in different data centers at metropolitan distances to act as peers to each other, presenting continuous storage system access to hosts connected to them.

Unlike traditional failover models, there is no need to coordinate with compute and network layers. Peer Persistence software utilizes automatic transparent failovers which allows hosts to remain online serving their business applications even when they switch from their original site to the disaster recovery site, resulting in a much improved recovery time.

A typical Peer Persistence configuration has two HPE 3PAR arrays in a bi-directional Remote Copy relationship with a host cluster stretched across both sites. All hosts in a cluster are connected to both arrays and LUNS are presented from both the arrays.

With 3PAR Peer Persistence software, you can use both your primary and secondary sites in an “active-active mode.” This means you can put your secondary site to a much active use than just using it as an expensive insurance policy against disaster. For example, you can move your hosts from one site to another based on your business and performance needs without impacting the applications running on those hosts.

What our customers say

HPE 3PAR all-flash storage is known for having a rich set of data services and 3PAR Peer Persistence is easily my personal favorite. This advanced functionality is native to the storage array without requiring any additional appliances or hardware.  95% of surveyed organizations** rate HPE 3PAR StoreServ Storage’s disaster avoidance with advanced replication and application transparent failover as a valuable benefit.

Customers like AmWINS Group, a global distributor of specialty insurance products and services, have deployed 3PAR Peer Persistence because they don’t know of another solution that can help them avoid disasters. Here’s what one of their solution engineers has to say.

“Now I've got disaster avoidance, rather than disaster recovery of a traditional replication technology. So Peer Persistence for us is kind of nirvana. It's been a great solution for us.” –HPE 3PAR Flash Storage Review, IT Central Station

Some final thoughts on making the right decisions

Robert Baggio has said the missed penalty kick was “the worst moment of my career. I still dream about it. If I could erase a moment from my career, it would be that one."

With HPE 3PAR, you won’t have to worry about erasing such “worst moments.” Because, should disaster strike, you can maintain an uninterrupted storage infrastructure with automatic and transparent switchover capability.