In Part 3 of this blog series, we looked at how new write I/O generated by a VM impacts the amount of time taken to create and delete VMware snapshot and several recommendations for a reliable application consistent snapshot deployment on Nimble Storage datastores.

If a VM generates new write I/O that exceeds the capabilities of the ESXi host when consolidating the snapshot (read all new writes since the last snapshot from the delta file merge them into the base VM disk), then scheduled snapshots of the VM are likely to fail.

This can happen typically with VMs that ingest large amounts of new data like a database server VM that performs a nightly ETL process, a backup VM with either VMFS disks or virtual RDM disks used as backup repositories.

If the application data is protected using a different mechanism, such as synchronous or semi-synchronous storage replication or host-based replication for disaster recovery, application consistent snapshots may not be required for such VMs.

As mentioned earlier in the blog series, application-consistent snapshots are configured at a datastore level in Nimble Storage. This provides a simple and scalable way to manage backups. Instead of creating dedicated datastores for some VMs, it is possible to easily exclude VMs from the application consistency phase of the backup.

The VM exclusion feature utilizes the "Tags & Custom Attributes" feature of VMware vCenter. This allows the VM admin to configure these easily within the vCenter UI.

Select "Datastore" and "Virtual Machine" as the associated objects, and restrict Tags Per Object to "One tag". 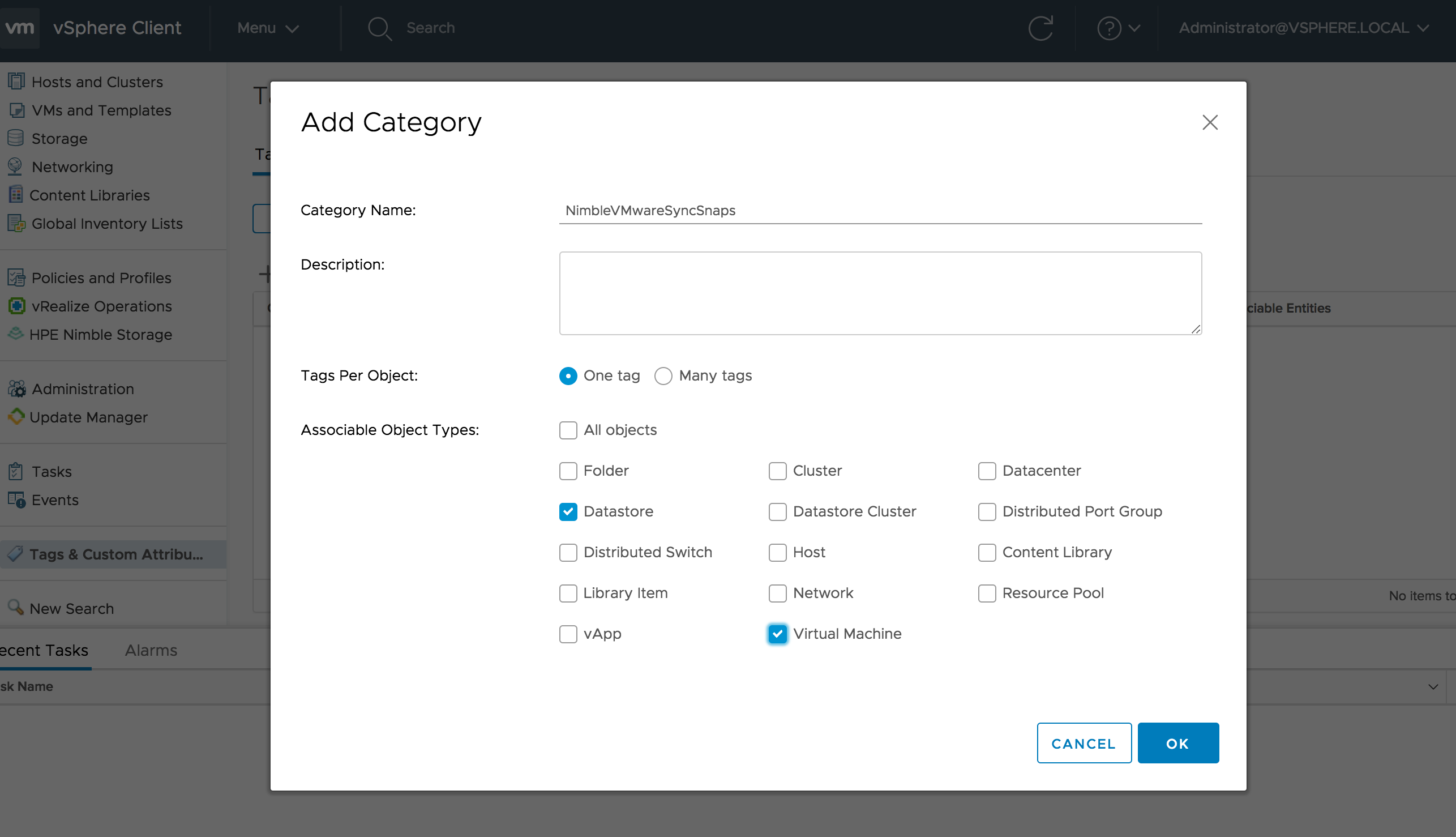 Step 2: Create a Tag named "NimbleSnapExclude" in the category "NimbleVMwareSyncSnaps" 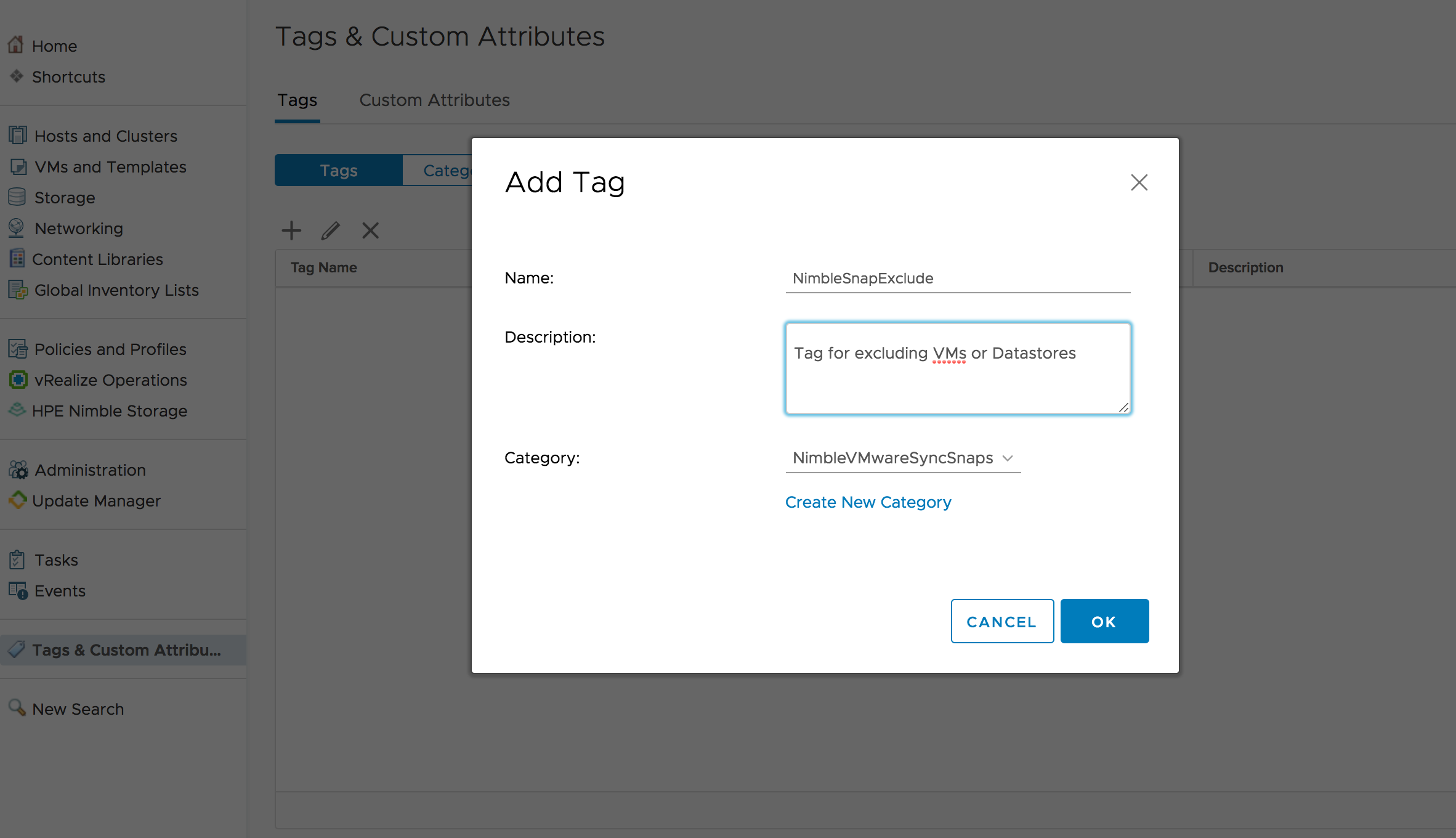 Step 3: Select a VM that needs to be excluded, and from Actions menu chose "Tags & Custom Attributes" > "Assign Tag" 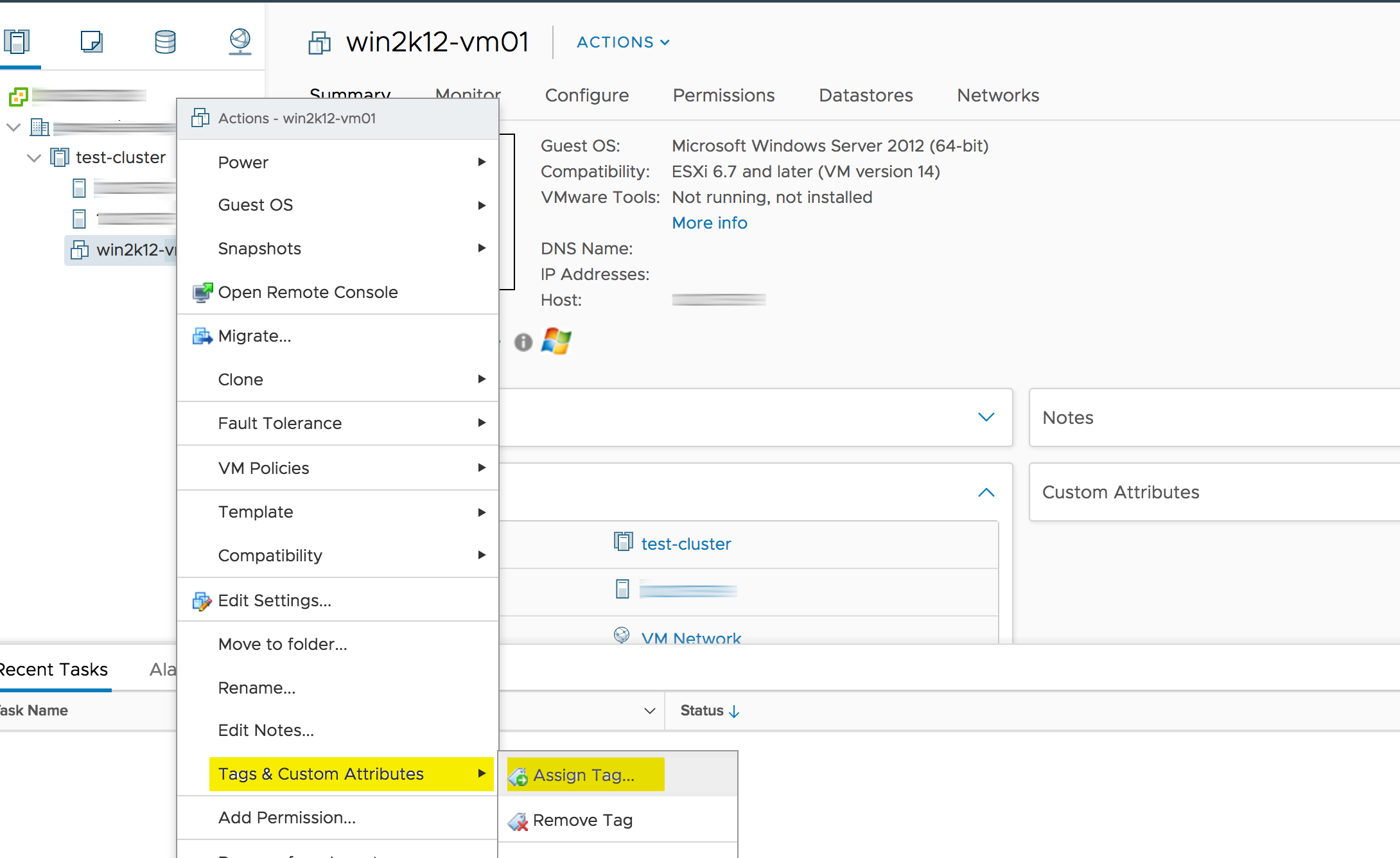 Assign the NimbleSnapExclude tag created above. 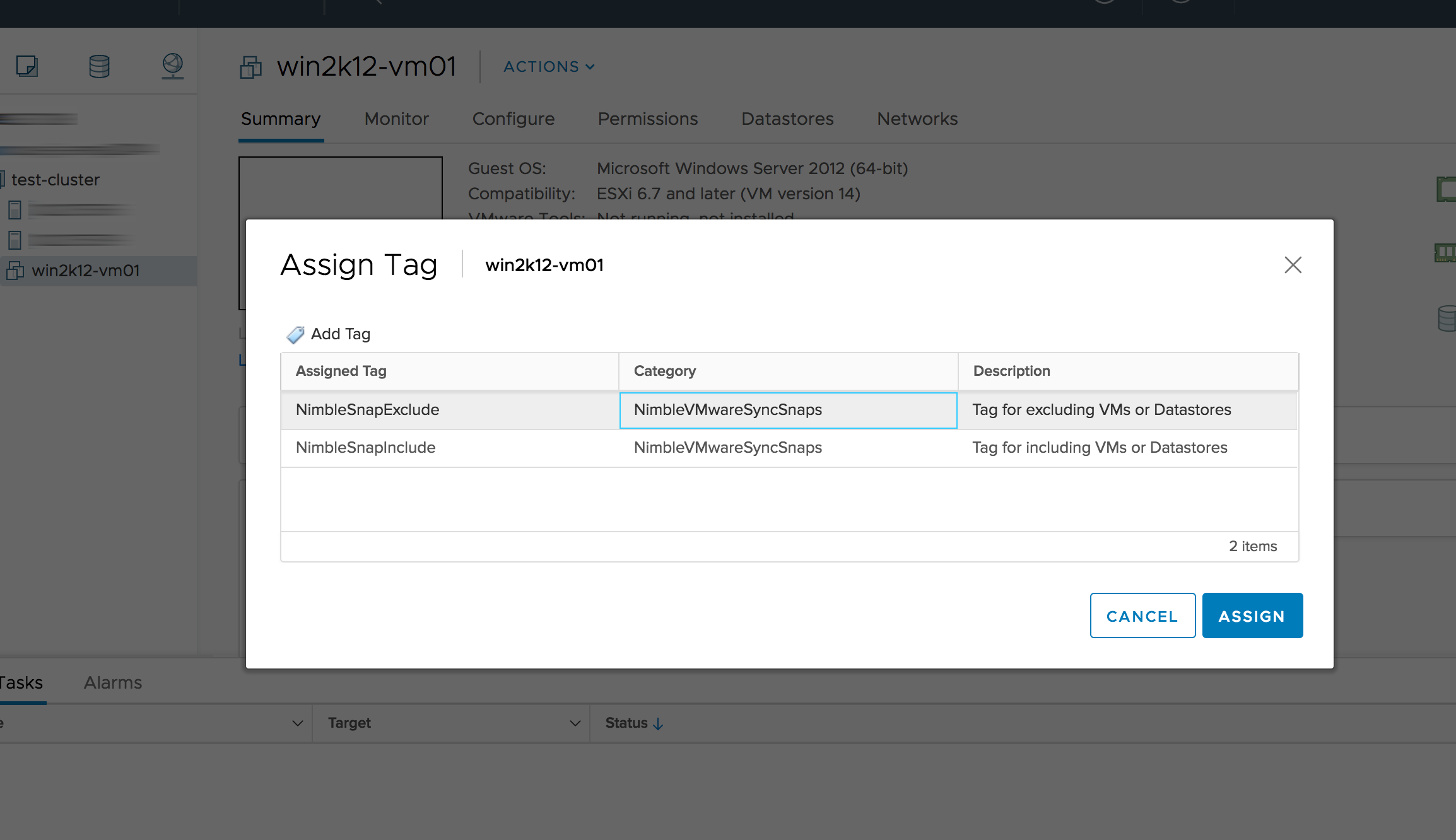 These tags indicate to the VMware NPM module on Nimble OS (described in Part 2 of the blog series), to ignore this VM while creating VM snapshots for VMs in the datastore. Excluded VMs are still protected in the storage snapshot with a crash-consistent image of the VM.

In the next blog in this series, let's look at how to recover VMs from either the application-consistent or crash-consistent backups captured in the storage snapshot.