Food for Thought as You Modernize Your Data Center 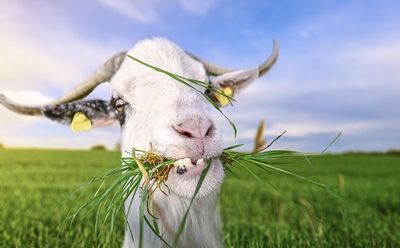 I used to be a seasonal foodie. Watching heat waves ripple up off the pavement in June, I lost my appetite for spending hours in a hot kitchen, puzzling my way through complicated recipes. I was convinced that the word “summer” came from an early Latin term meaning DO NOT COOK. Then a friend introduced me to his two rules for summer fare: Keep It Simple and Don’t Overspend. He resisted filling the grocery basket with unnecessary items, and while he did spend a little more for higher quality food, he only needed a few ingredients, which kept overall costs low. He would choose fresh, compatible summer foods, prepare them simply, add herbs from the garden, and voila! An elegant dinner. It never seemed to fail.

The same two rules can be applied to data center modernization – and in fact, they have been applied by HPE customers with very successful results. It boils down to focusing on a good outcome.

When technology needs an update, some organizations choose to modernize over time, following the same problem-by-problem approach they used to build the original data center. This piecemeal approach is complex and can be agonizingly slow. What’s worse, just like complexity in the kitchen, all that time and effort won’t necessarily lead to a better end product or even lower costs.

Instead of focusing on daily problems that arise, hyperconverged infrastructure (HCI) lets you focus on the outcome: a simpler data center that’s cost-effective and easy to manage. HCI takes a building block approach to architecture, consolidating compute, storage, network switching, replication, and backup in a single integrated system. The consolidation of these IT functions onto virtualized hardware can greatly simplify environments that have been divided by siloed point solutions.

VM-centric HCI systems are also simple for IT administrators to manage, and require much less data center space than traditional IT devices. St. John’s Riverside Hospital had been running their existing infrastructure environment for seven years and were quickly running out of physical space, restricting their ability to grow. What really sold the hospital on HPE SimpliVity was its simplicity and ease of management from a single console.

Hyperconvergence requires some upfront investment, but it can deliver a huge return on that investment. In this study based on research with real world customers, Forrester Consulting found that HCI reduces TCO by 69% on average compared to traditional IT. Converging the entire IT stack – firmware, hypervisor, and data virtualization software – has additional advantages, according to that same study. Data center footprint can be reduced 10:1, backups and disaster recovery become simple and straightforward, and upgrades are managed for the whole stack. The most efficient solutions also free up significant staff time, boosting the economic benefits even further. IDC reports an 81% increase in time available to focus on new projects as a direct result of hyperconverged deployment.

A direct-sales organization based in California was intrigued by HPE SimpliVity’s cost-effective approach and building-block simplicity. Princess House was plagued with aging IT systems that were becoming increasingly inefficient and costly. They deployed an HCI solution to reduce complexity, and in the process they dramatically improved application performance and reduced total cost of ownership.

To learn more about how HPE SimpliVity powered by Intel® can simplify your IT environment and reduce TCO, download the free e-book: Hyperconverged Infrastructure for Dummies.