From hyperconverged to hummingbirds, speed and size matter

I’m an amateur bird watcher, and we have no shortage of birds in Colorado. Surprisingly, some of the smallest species are the most impressive. My personal favorites weigh about as much as a penny and are incredibly fast, agile, and efficient. I’m talking about hummingbirds. They can fly at remarkable speeds of up to 49 mph (have you seen how short their wings are?) and travel thousands of miles every year on mostly nectar and a few bugs. I had one sit on my finger once. It seemed impossible that such a small animal could be so enormously capable. 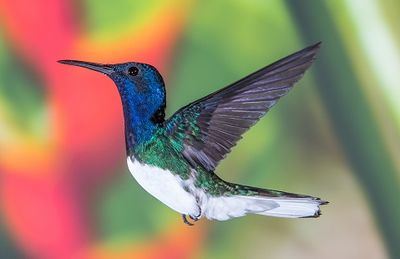 Hyperconverged infrastructure (HCI) is a bit like that – a lot of remarkable technology packed into a compact system with the kind of power, efficiency, and performance that any hummingbird would be proud to claim. HCI can’t fly, technically speaking. Birds have the advantage there. On the other hand, HPE SimpliVity powered by Intel® can send data across long distances at extremely high speeds, which is a little like flying.

I’ve never heard IT administrators compare HPE solutions to hummingbirds, but businesses certainly have been taking advantage of HPE SimpliVity’s speed, efficiency and compact footprint for years. Customers like these have come to count on those features:

Read more about the compact efficiency of hyperconvergence in the Gorilla Guide to Hyperconverged Infrastructure for Data Center Consolidation.

Even better, you can witness HPE SimpliVity’s performance in this demo video. The hyperconverged system backs up and restores VMs from geographically dispersed datacenters in seconds.