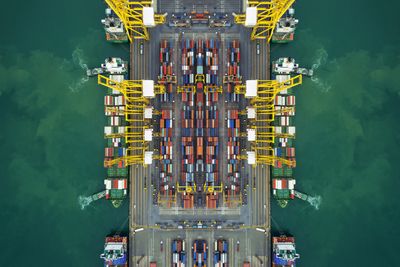 Introducing HPE Alletra to KubernetesContainers are a key workload for the new generation of applications as well as modernization of traditional applications. Customers are embracing DevOps and cloud native patterns to deploy infrastructure and apps to improve business outcomes. The new imperative is to ensure autonomy for their organization – and the only way to achieve that is to move the control point to the cloud, and allow management and deployment from anywhere.

Today, Hewlett Packard Enterprise announces support for the all-new HPE Alletra with the HPE CSI Driver for Kubernetes 2.0.0 to enable stateful containerized workloads that can be managed on any infrastructure, from anywhere.

In this blog post we'll discuss some of the new features and capabilities of the CSI driver, and how to get started with cloud native storage management. This sets the precedent for data, AI and operations for the coming decade.

The HPE CSI Driver for Kubernetes is a multi-vendor and multi-platform driver. Platforms are added and configured using a component called Container Storage Provider (CSP). The lineage of the HPE Alletra platforms stem from Nimble Storage for HPE Alletra 6000, and Primera for HPE Alletra 9000. This in turn warranted a name change of the respective CSPs, and the new CSPs are now backwards compatible with their respective legacy platform.

For now, the respective CSP is the same for each product family, but they may diverge in the future as new and exciting capabilities become available on our new and evolving platforms.

This release includes a CSP agnostic volume encryption feature that takes place on the Kubernetes compute node where the volume is attached. In turn, this yields the benefit of providing both in-flight and at-rest encryption of the data. If storage traffic would traverse an insecure network, or legal compliance restricts replicating volumes off-premises or abroad, the data can only be read with the key it was created with, hosted in the origin Kubernetes cluster. If a user needs to import or clone the volume to a different Kubernetes cluster, they can do so by simply providing the same key. 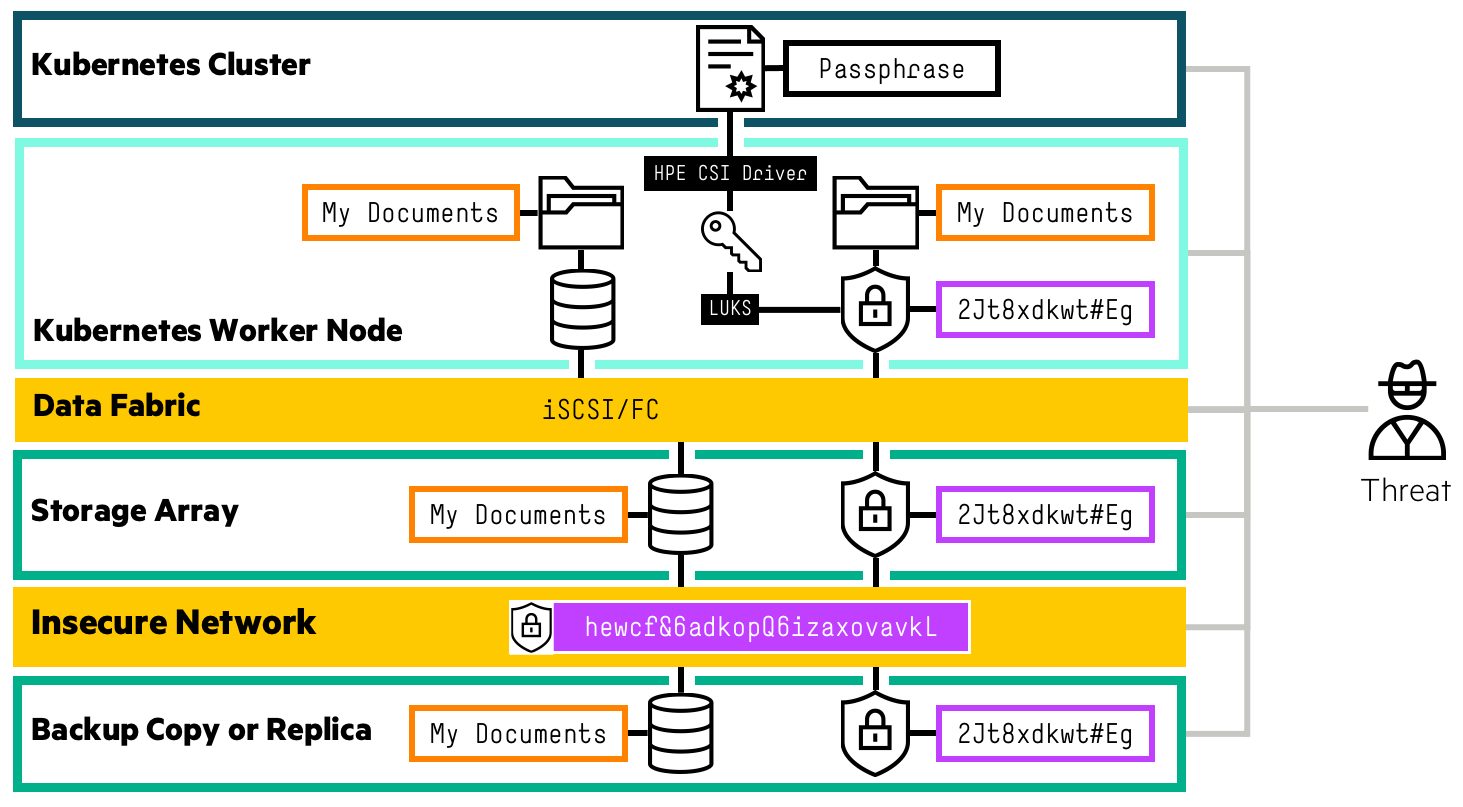 A feature deep-dive is available on the HPE Developer portal that elaborates on the different encryption models and give a full tutorial on how to use persistent volume encryption on Kubernetes.

Persistent volume encryption is supported by HPE Alletra 6000 and 9000, including their legacy counterparts.

Multitenancy has traditionally been exclusive to HPE Alletra 9000, Primera and 3PAR with the use of RBAC and Virtual Domains. With the release of HPE Alletra 6000 a multitenancy feature exclusive to the HPE CSI Driver Kubernetes has been introduced. The feature is also back-ported to be included in the latest release of NimbleOS for HPE Nimble Storage.

This new capability allows users who govern storage infrastructure to dispense a new type of user account on the array called a "tenant", which is managed by the newly introduced CLI tenantadmin on the array. A tenant may be assigned one or many folders on the array to provision storage from, and can only manage volumes in those folders using the CSI driver.

Customers who monetize their infrastructure investments are now empowered to give more control to their tenants, who in turn may use advanced data services for their stateful Kubernetes workloads, rather than just being served dumb disks provisioned with the VM.

To learn more, check out this blog post on the HPE Developer portal on how to get started with multitenancy on HPE Alletra 6000 and Nimble Storage.

Expect more updates on this feature as we elaborate on the different use cases for multitenant storage for Kubernetes.

Do note that multitenancy for HPE Alletra 6000 and Nimble Storage is not a generic multitenancy feature; for now, it's only available to the HPE CSI Driver for Kubernetes. 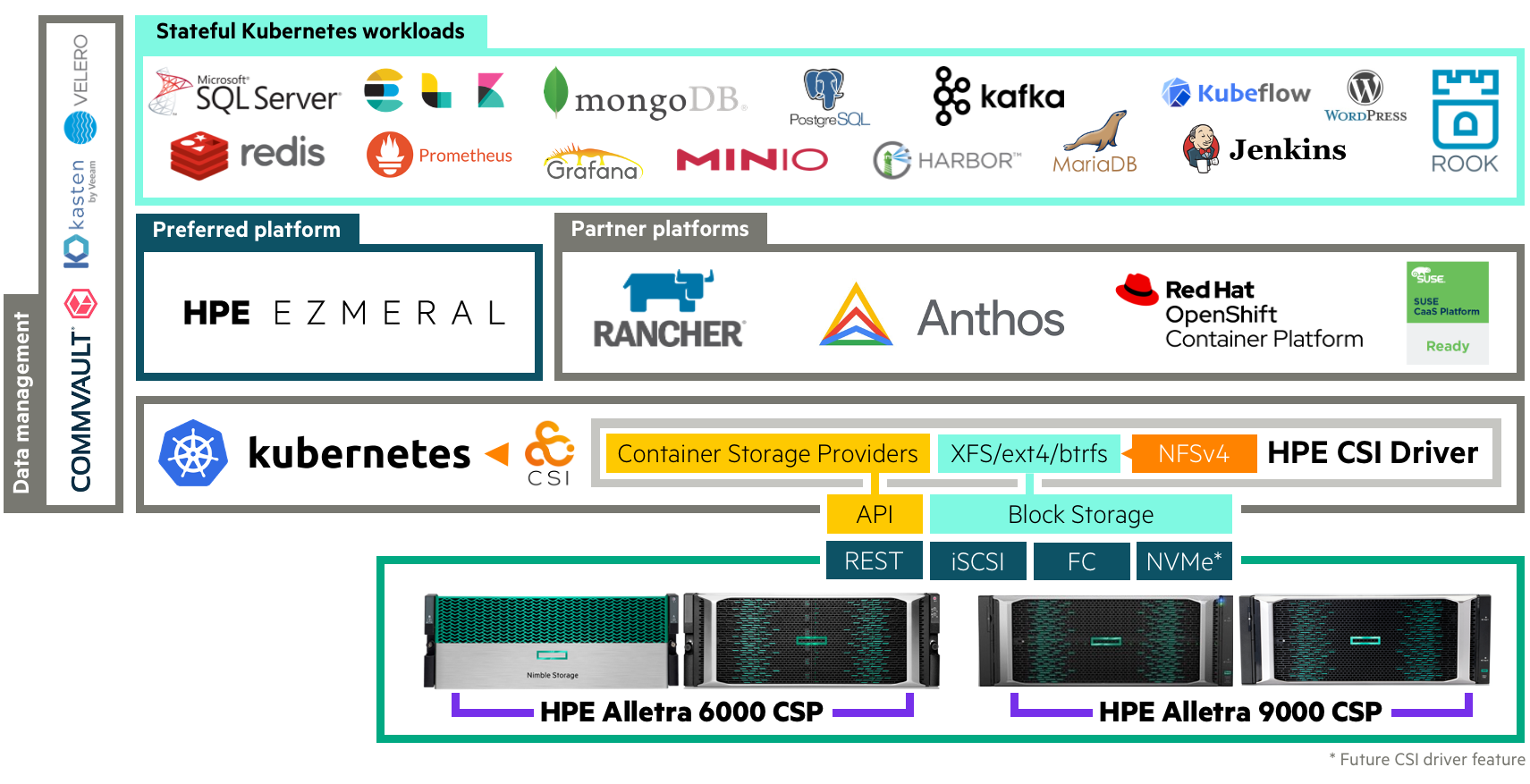 Since there were no breaking (for HPE) changes in Kubernetes 1.21 released about a month ago, we've already seen a smooth transition for early adopters. The major change to be aware of is the VolumeSnapshot and VolumeSnapshotClass APIs that have been upgraded to use the GA distinction of the apiVersion.

HPE CSI Driver for Kubernetes 2.0.0 will support Kubernetes 1.18 to 1.21, and any partner platform derived from those versions, given the host operating system is supported.

Formal support for SUSE SLES 15 SP2 strengthens the long-standing partnership with SUSE and the HPE product teams where SLES is embedded.

The HPE CSI Operator for Kubernetes 2.0.0 will be certified with OpenShift 4.8 upon release. In the meantime, OpenShift 4.6 EUS (Extended Update Support) is in the process of becoming fully certified. OpenShift 4.7 is supported for cluster upgrades only.

The HPE CSI Driver for Kubernetes 2.0.0 is available immediately for production workloads on all supported platforms, including the all-new HPE Alletra.

Come hang out with the team on Slack. Sign up on slack.hpedev.io and sign in at hpedev.slack.com, you'll find us in #kubernetes #nimblestorage and #3par-primera.