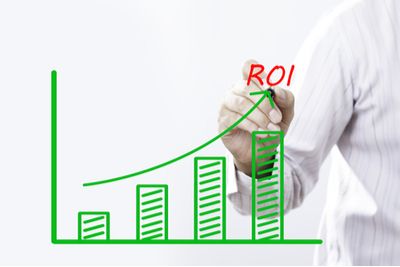 One of the main design goals of our new HPE Primera enterprise arrays is to simplify high-performance storage for our customers. With HPE Primera, we’ve followed the philosophy of “less is more,” making it easier for customers to make decisions about mission-critical applications such as SAP and Oracle.

One way HPE Primera customers will experience this simplicity is how quickly they can setup a new array and making it operational, something that can now be done in a few hours as opposed to a couple of days. Expect HPE Primera enterprise storage arrays to be as simple, powerful, and intelligent as possible.

The combination of HPE OneView, HPE Synergy, and HPE Primera takes simplicity to the next level

HPE OneView is HPE’s software-defined infrastructure composition software that lets customers run their private infrastructure like a cloud. HPE OneView is the centerpiece of a powerful and flexible composable infrastructure where servers, storage and networking are all integrated together and operate like infrastructure-as-a-service, but without all the refactoring and billing headaches that are part of the cloud IaaS experience.

HPE PrimeraHPE Synergy is converged infrastructure hardware managed by HPE OneView software. It combines the three major infrastructure elements in a single blade enclosure—internal storage, servers and networking. Enterprise customers’ needs for storage are often much greater than what is available with internal storage in the HPE Synergy Storage Module, and customers turn to SAN storage from HPE to support line of business and mission critical applications. In the past, composable SAN storage for HPE Synergy only included 3PAR, but we now also including HPE Nimble arrays. And of course, our new HPE Primera arrays are composable too.

An infrastructure built with HPE Synergy and HPE composable storage works a lot like an IaaS cloud, where compute instances are the primary building block, except they are called server profiles instead of compute instances. A server profile defines all the server, network and storage resources that applications need to run in the enterprise. The time-consuming work of manual provisioning is automated, which means administrators can avoid repetitive tasks such as setting up zones and multiple paths to storage. Provisioning storage resources with HPE Synergy is easy and straightforward. Simply pick the server profile that fits the workload you have and all the storage and access paths are assigned automatically. This can make a huge difference in reducing deployment times and increasing administrative efficiency. It’s a double win when you can remove repetitive tasks where it's easy to make mistakes and also get all tasks done quickly.

Oracle administrators typically do a lot of testing to ensure success before deploying changes to production environments. Manually establishing a test environment can take a long time, and is something that can be done much more easily, accurately and quickly with HPE Synergy and HPE composable enterprise storage arrays. Measurements that we have taken in our labs comparing manual processes with HPE Synergy and HPE enterprise composable storage arrays indicate an 89% reduction in the time spent setting up an Oracle instance for production. It's the kind of efficiency customers expect from cloud services, except customers don't have to work through all the details of figuring out which cloud services are the best choice for the task. There can be great efficiency advantages when you avoid all the decisions needed to refactor applications in order to consume an IaaS infrastructure from a Chinese menu.

Another test we ran for Oracle was deploying a snapshot instance of a production database for a DevOps environment, this time using Ansible with HPE Synergy and HPE enterprise composable arrays. The results from this test were strikingly similar insofar that there was an 88% reduction in the time spent. The important point here is that the tools customers are developing themselves in-house to modernize their infrastructure also work extremely well with HPE OneView, HPE Synergy and HPE composable storage arrays. Our new HPE Primera arrays are the newest composable arrays from HPE and will deliver customers outstanding operational efficiencies later this year.

These are clear examples of the kind of ROI customers can achieve with HPE’s composable infrastructure featuring the latest HPE infrastructure components, including the new HPE OneView 5.0 release with HPE Synergy and HPE Primera enterprise storage arrays.

Meet Around the Storage Block blogger Marc Farley, Sr. Product Manager, HPE Storage. Marc has a long history in the network storage business, and is now working on solutions for Hybrid IT storage at HPE, home of Primera, 3PAR, Nimble Storage, Synergy, and Simplivity.