HPE SimpliVity: A year after the acquisition 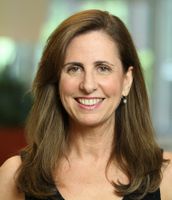 One year after the acquisition of SimpliVity, I’ve moved to a new role at Hewlett Packard Enterprise, and I’m very excited about it. As director of marketing for the Software-Defined and Cloud Group I’ll be responsible for on- and off-premises clouds, which includes overseeing marketing for the HPE SimpliVity hyperconverged portfolio. Although my role is new, I am far from a stranger to this technology. That said, I am constantly amazed at everything that’s happened in one short year.

When HPE first announced their intent to acquire SimpliVity early in 2017, our Massachusetts-based team had many questions about the future of our product line. How quickly would HPE assimilate SimpliVity technology into its existing hyperconverged product portfolio? How would it differ from other vendors’ offerings, and what could we do to make sure that the innovation we had baked into the original product would continue to grow and solve emerging customer problems?

One thing was for sure: SimpliVity had a strong base of loyal customers, and I wasn’t about to let them down.

The integration of SimpliVity happened faster than with any previous HPE acquisition. I take this as a tribute to how important this new hyperconverged product line is to customers and partners. It was gratifying to be able to take orders for HPE SimpliVity 380 Gen9, powered by Intel®, on “Day 1” of the acquisition close without any disruption to our customers. 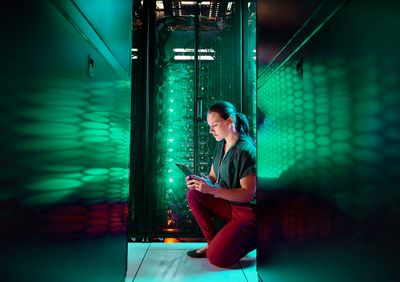 It was even more gratifying six months later, when HPE started shipping HPE SimpliVity on Gen10 HPE servers. Users insisted we preserve the core functionality of the original product, including VM-centric management and mobility, built-in resiliency, backup and disaster recovery, and dedupe and compression, while keeping costs in line with competing products. ESG Lab tests proved that HPE’s industry-first, all-flash platform cost less than competitive offerings, with a 49% lower total cost of ownership than legacy infrastructures for remote office deployments.

Customers continue to push us for more innovation…

This is all part of a greater strategy to make Hybrid IT simple for our customers.

A huge ‘Thank You’ to HPE Insiders and other customers

Quite possibly the most gratifying consequence of the acquisition is the growing number of end users who are willing to work with us in an ongoing effort to improve our HPE SimpliVity solution. We currently have over 10,000 units deployed in datacenters around the globe. We have a vibrant HPE Insiders community with hundreds of customers that provide feedback to us about everything from our hyperconverged systems and technology to our website, even providing comments about our events and giveaways. (Jim Malone from The Sunrock Group described our last Insiders event as “remarkable… educational… fun! Even the milkshakes were great!”)

We also received a couple of great customer validations during the year with CRN awarding HPE SimpliVity Product of the Year in December 2017, and Gartner naming HPE as a leader in the first edition of the Magic Quadrant for Hyperconverged Infrastructure in February 2018.

Miles to go before I sleep

It’s just a year and a month after acquisition close, and we have made some excellent progress. In a recent IDC report on Worldwide Converged and hyperconverged infrastructure market share, overall hyperconverged infrastructure market is the fastest-growing market in the converged systems space, growing at 69.4% YoY.  And HPE is growing the fastest in that category with triple digit growth – yet another significant endorsement from our customer base.

That was a quick year in review, but, for me, the future is even more exciting. The recent acquisition of Plexxi gives us the opportunity to take hyperconverged into a composable future. I’m looking forward to bringing customers the most cutting-edge technology for hyperconverged infrastructure in the industry.

Learn all about hyperconverged technology in Hyperconverged Infrastructure for Dummies. Follow me on Twitter and look for my #HPESimpliVity tweets.