HPE and Rancher LabsToday more than ever, customers want choices based on personal preferences. It’s commonly accepted that Kubernetes has won the “container orchestration wars,” yet, customers and partners are not necessarily rushing to the upstream Kubernetes project for guidance. While you need to be aware of Kubernetes when you architect your applications, where and how Kubernetes runs is someone else’s concern. When it comes to operating and managing Kubernetes at scale, you need to stand on the shoulders of giants for proven technologies and easy and repeatable patterns to deploy, operate and decommission Kubernetes clusters. Together, Hewlett Packard Enterprise and Rancher Labs are uniquely positioned to deliver an end-to-end solution for Kubernetes— whether you’re running Kubernetes virtually, bare-metal or fully managed in the public cloud (or any combination of the three).

Since Rancher runs where docker runs, it’s immensely versatile and agnostic. Docker runs everywhere, and it’s easy and effortless to install Rancher as a control plane to provision and manage Kubernetes clusters. Rancher Labs also provides the Rancher Kubernetes Engine (RKE), a CNCF-certified Kubernetes distribution and it’s very easy to confuse the two. The distinct advantage is that Rancher can manage existing Kubernetes clusters while interacting with managed and hosted Kubernetes solutions such as Amazon EKS and Azure Kubernetes Service. Rancher can also deploy clusters directly onto infrastructure providers (IaaS) such as vSphere and Amazon EC2. 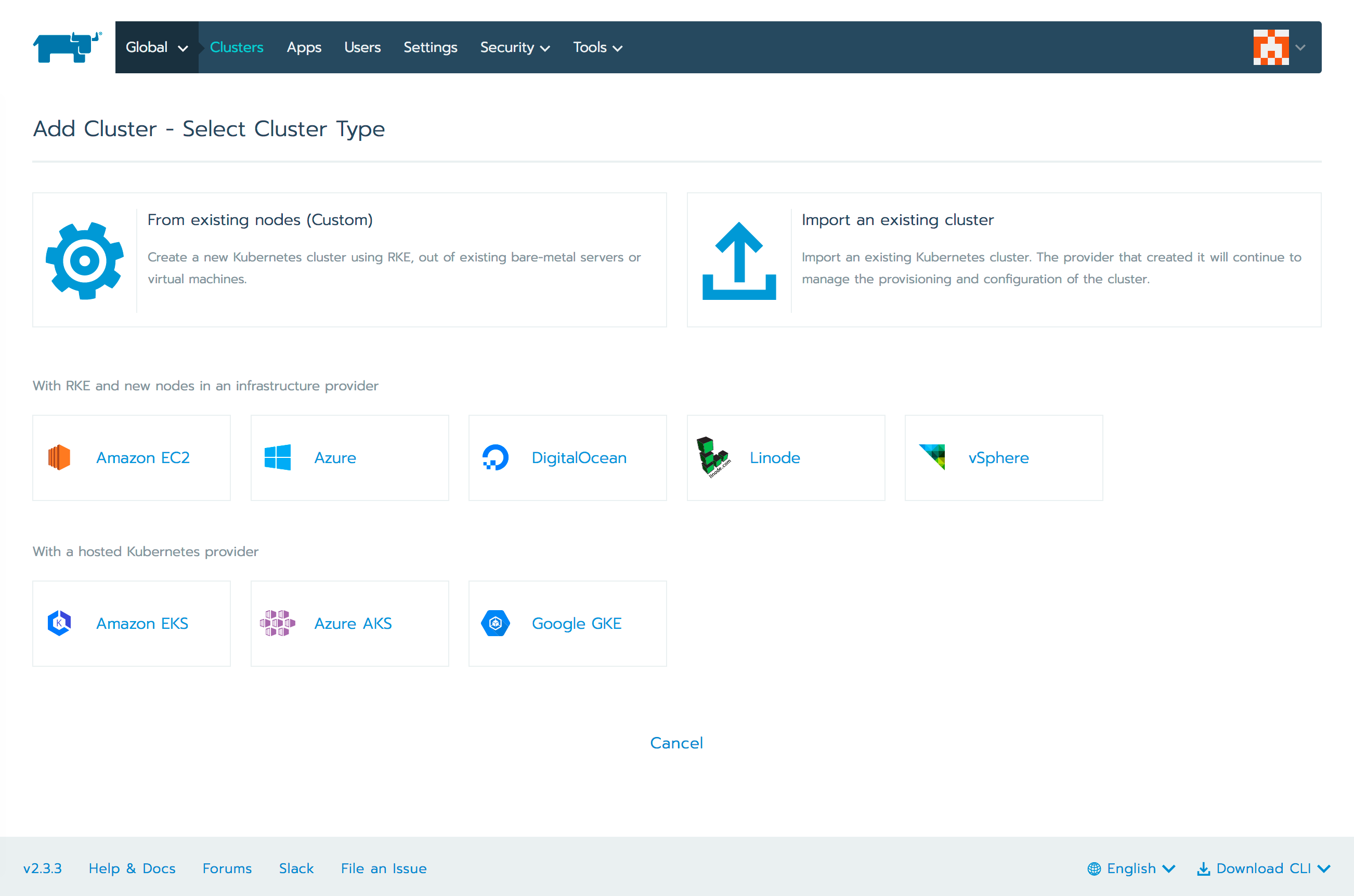 HPE is best suited to power Rancher at the edge and in private and public clouds.

As persistent and stateful workloads become first-class citizens, datasets attached to containerized workloads must reside in either of the deployment paradigms, edge, private and public clouds. Data management is the centerpiece of any hybrid cloud. To fully embrace a true hybrid cloud for containers, your storage resources must be able to be relocated, replicated and reused for ancillary dev/test workloads. HPE Nimble Storage and HPE Cloud Volumes are HPE’s enabling technologies for modern data-driven use cases for containers. With Rancher, it’s simple to deploy the necessary drivers for HPE Nimble Storage and HPE Cloud Volumes directly from the Rancher Catalog. This gives customers a seamless experience when working with Rancher and HPE storage infrastructure. 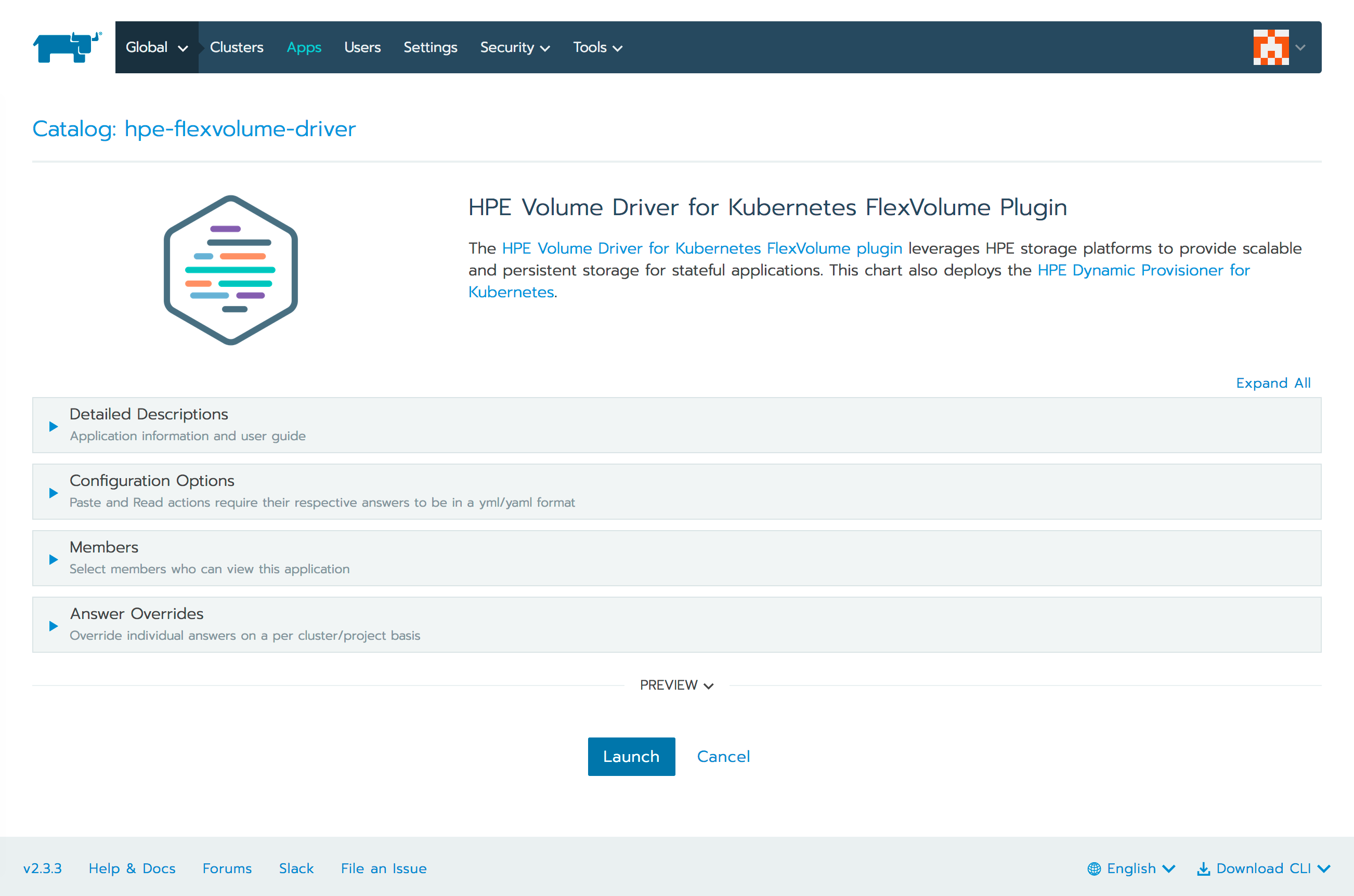 Rancher unifies the experience across clouds with Kubernetes as the application abstraction layer. HPE ensures consistent data services and enforces a homogenous operating and usage model for storage across Kubernetes clusters―for both Dev and Ops teams. 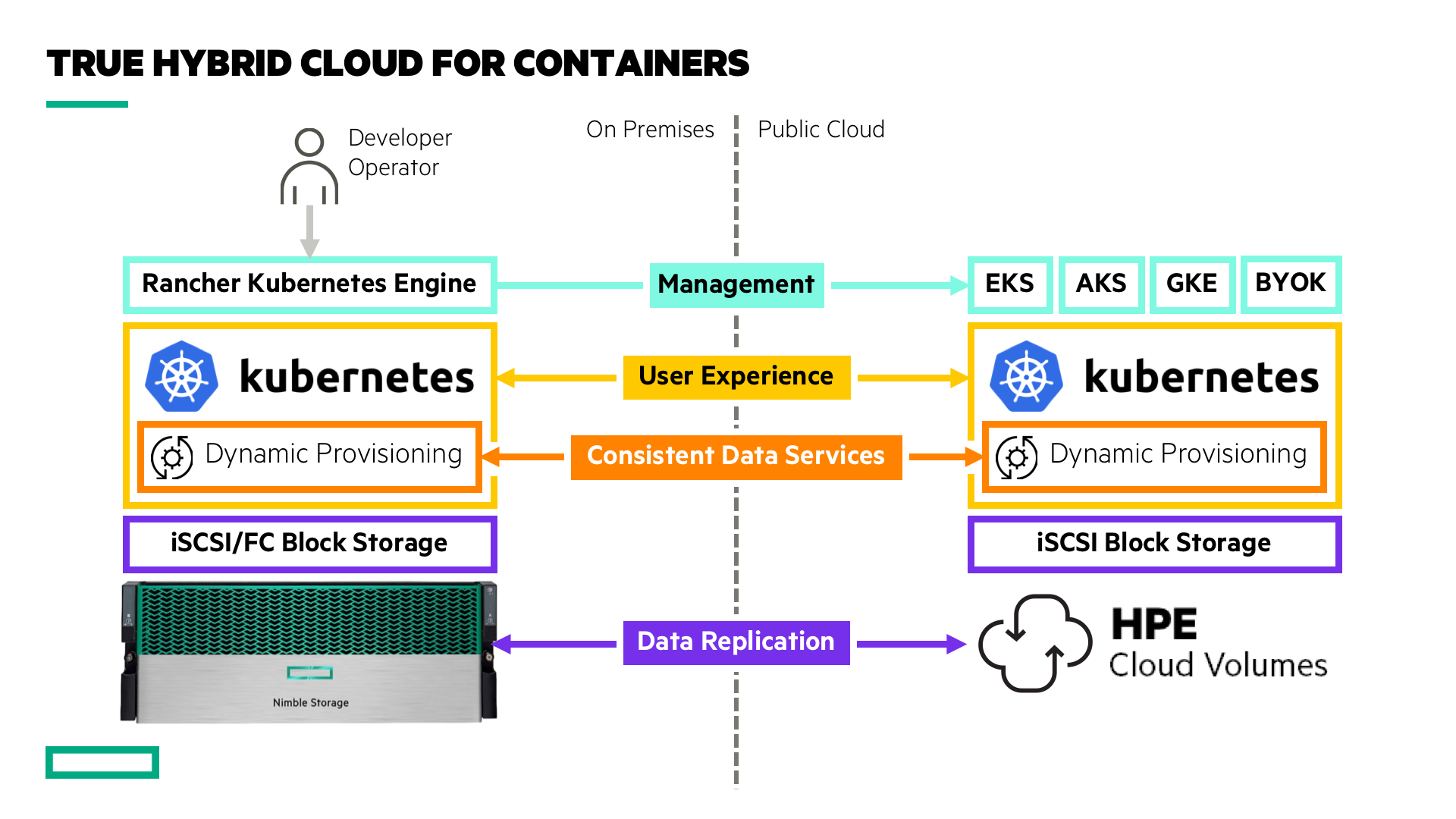 In modern data centers, there’s an ongoing battle for standardization and abstraction of compute, network and storage. HPE Synergy is the foundation in the first Reference Configuration for on-premises Rancher deployment. A composable architecture is critical to responding to constant changes in resource allocation, both in expansion and contraction. Many HPE customers have standardized on VMware vSphere with HPE Synergy and HPE Nimble Storage. They can continue to leverage this investment while using Rancher to deploy Kubernetes worker nodes directly on bare-metal to increase performance and reduce licensing costs.

These resources provide further details on the HPE Reference Configuration for Rancher Kubernetes-as-a-Service on HPE Synergy and HPE Nimble Storage.