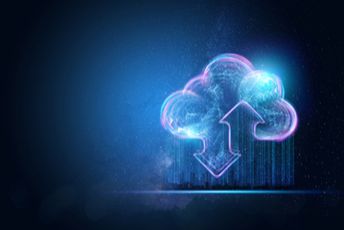 Flash storage solutions are becoming the norm, and as Enterprise Storage Forum reports, the flash storage market is growing rapidly. But as enterprise IT becomes increasingly hybridized, flash storage becomes a smaller part of a larger whole.

Conversely, organizations are continuing to embrace the public cloud for their storage needs. However, they realize that public cloud alone isn't a panacea. Their private cloud environments—including their individual data centers—will continue to play a critical role in their enterprise architectures. Public cloud, too, is a part of a larger whole in today's hybrid environments.

Traditionally, adopting a hybrid cloud position hasn't been simple. Incompatibilities between on-premises and public cloud technologies created a hard break between the workloads that could be operated in the public cloud and those that couldn't. Moreover, certain resource aspects of the environment—particularly the storage layer—could lay waste to even the most carefully considered hybrid cloud adoption plans.

The challenges of multi-cloud environments

Traditionally, one of the key problems with hybrid storage is that public cloud providers do not always provide storage options compatible with on-premises storage solutions, thus requiring some level of transformation in order for data to flow to and from the cloud. This has added latency, complexity, and expense to the storage equation and has created a clear demarcation between public cloud and on-premises storage.

To reiterate, there are two key challenges with native public cloud storage:

In an ideal world, a multi-cloud storage service will support the decisions that have been made around on-premises storage, but that also means that you have to choose the right on-premises storage system. Not all systems are created equal, and storage is currently undergoing an intense period of evolution.

Businesses have seen significant benefits as a direct result of intelligent storage. For example, infrastructure manufacturer Stupp Bros. improved its storage performance by 75 percent by implementing HPE Nimble Adaptive Flash Arrays. In addition, Stupp CIO John Roosa claims that intelligent storage helped him "transform IT into a department that's no longer filled with support engineers, but more with business and data analysts."

But the benefits of flash storage solutions are just the beginning.

A more efficient approach to the cloud

HPE Cloud Volumes are cloud-adjacent services, meaning that they don't actually operate in the same locations as AWS and Azure. Instead, they are owned by HPE and operate very close to AWS and Azure data centers. Thanks to their proximity and incredibly high amounts of bandwidth, HPE Cloud Volumes enjoy single-digit millisecond latency to these services.

By keeping its storage assets in the HPE Nimble family, so to speak, Stupp can also enjoy the benefits of HPE InfoSight, a powerful storage visibility and predictive analytics engine for storage and servers. InfoSight is the AI brains behind the intelligent storage curtain for HPE's products.

"InfoSight is constantly monitoring and identifies issues as they happen," Stupp CIO Roosa says. "Nimble support contacts us proactively so those issues get resolved before they have any widespread impact. InfoSight even predicted when we would need to add more capacity and how much."

InfoSight supports on-premises intelligent storage and HPE Cloud Volumes, as well as predictive cost estimates for the cloud, making it a comprehensive solution for storage management, no matter where that storage exists. Although InfoSight started life as a storage-only tool, HPE is expanding it up and down the infrastructure stack to provide insight at every layer.

Intelligent storage helped "transform IT into a department that's no longer filled with support engineers, but more with business and data analysts." - John Roosa, Stupp CIO

Simplicity, cost visibility, and efficient cloud adoption are all important goals in IT. The combination of HPE Nimble Storage and HPE Cloud Volumes brings all three to the table to help organizations make the leap to a manageable hybrid cloud architecture.

Meet Around the Storage Block blogger Scott D. Lowe, CEO and Lead Analyst for ActualTech Media. Since 1994, Scott has helped organizations of all stripes solve critical technology challenges. He has served in a variety of technical roles, spent ten years as a CIO, and has spent another ten as a strategic IT consultant in higher education. Today, his company helps educate IT pros and decision makers and brings IT consumers together with the right enterprise IT solutions to help them propel their businesses forward.